Feature bloat can be a problem with high-performance gaming laptops. In an effort to stand out from the crowd, manufacturers often pack their rigs with fancy hardware that you don’t necessarily need. This, in turn, makes gaming laptops expensive.

But what if you don’t care about fully customizable RGB lighting, or an all-aluminum chassis? What if you’re not sensitive to HDR and don’t need your screen to refresh a million times a second? If you’re a gamer who wants as much processing power as you can get without breaking the bank, and who appreciates a well-built, premium-feeling device, Dell’s G-Series gaming laptops are aimed at you.

The G5 15 Gaming Laptop is in the middle of the range, sitting between the G3 and G7 models. It packs modern 9th-gen. Intel Core processors with fast Nvidia graphics at a starting price of $849.99. To put that into perspective, the cheapest 15-inch gaming laptop in the high-end Alienware range is the new m15, which offers only marginally better performance at $1299.99. The Alienware is beautiful, sure, but comparing base models, that’s $450 extra for features that will only be evident to the most diehard of players. 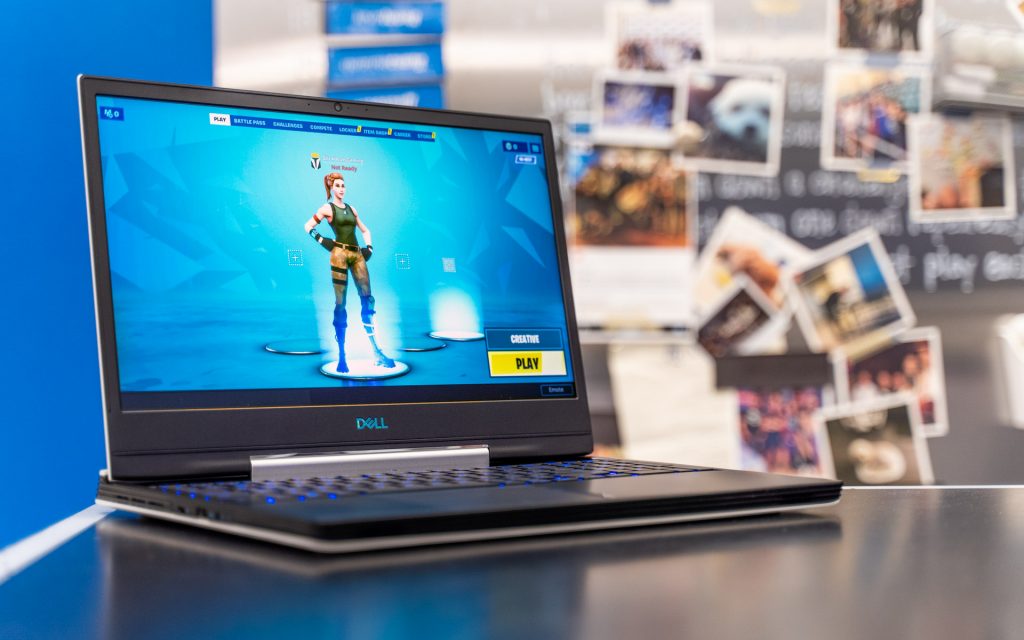 A Priority on Power 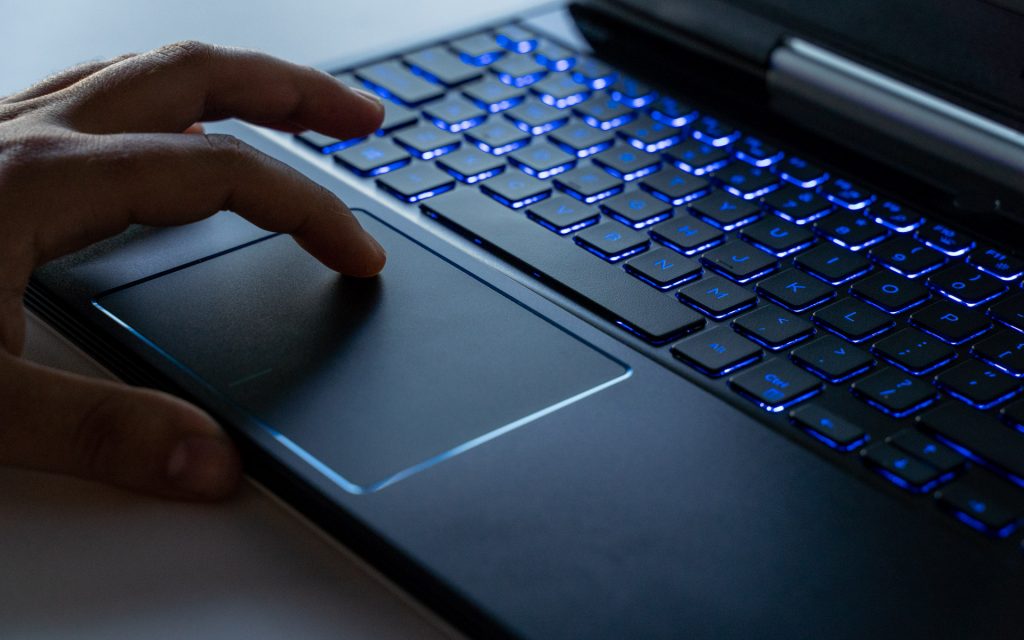 Dell took a rather interesting approach with the G5; it strives to maximize raw gaming performance in a package that’s as affordable as possible. That means no frivolous trimmings, no gimmicks and no waste. Like a good American muscle car, nearly all of your money is going towards what’s under the hood.

Fittingly, Slickdeals received the $849.99 base model for review. That gets you a Core i5-9300H processor, paired with an Nvidia GeForce GTX 1650 and 8GB of RAM. All these chips throw pictures onto a 1080p IPS screen spanning 15.6 inches and running at a standard 60hz.

Those are fairly modest specs for sure, and the screen isn’t the most impressive on the market, with limited (but respectable) brightness and color delivery. But what’s crucial here is you’re getting a current gaming laptop that can run new games, like Microsoft’s Gears 5, on high settings comfortably over 60fps. For less than $900, that’s nothing to sniff at.

The GTX 1650 is a capable little GPU. And while it lacks the ray tracing hardware of the more expensive RTX range, it’s a modern GPU that will happily deal with high settings in most games available today.

Despite the value angle of the G5, it actually features a surprisingly premium trim that wouldn’t look out of place next to laptops costing three times as much.

On the outside, the matte white casing and shiny, metallic-blue logo are very attractive, and the material manages to stave off fingerprints and other battle scars during heavy use. The metallic hinge and aggressive venting around the side gives it a distinct look without shouting “gamer toy” from the rooftops.

The edgiest part of the laptop is a clear plastic panel underneath, which draws inspiration from gaming desktops and their glass doors by offering a peek at the cooling assembly inside. But that’s barely noticeable since it’s on the underside of the chassis. I’d happily break out the G5 in a professional environment, and that’s a rare feat for a laptop targeting gamers.

Inside, the Deep Space Black metal completes the laptop’s premium finish; the presentation is only held back by a thin strip of glossy, fingerprint-prone plastic along the top. This wraps around a full-sized keyboard, which features decent travel and nice, tactile keys, and a blue underlight that can toggle between three brightness settings.

The front of the chassis hides two front-firing speakers that get the job done well enough, although any serious gamer will want a decent pair of headphones within arms reach at all times.

Heavy-Duty in More Ways than One 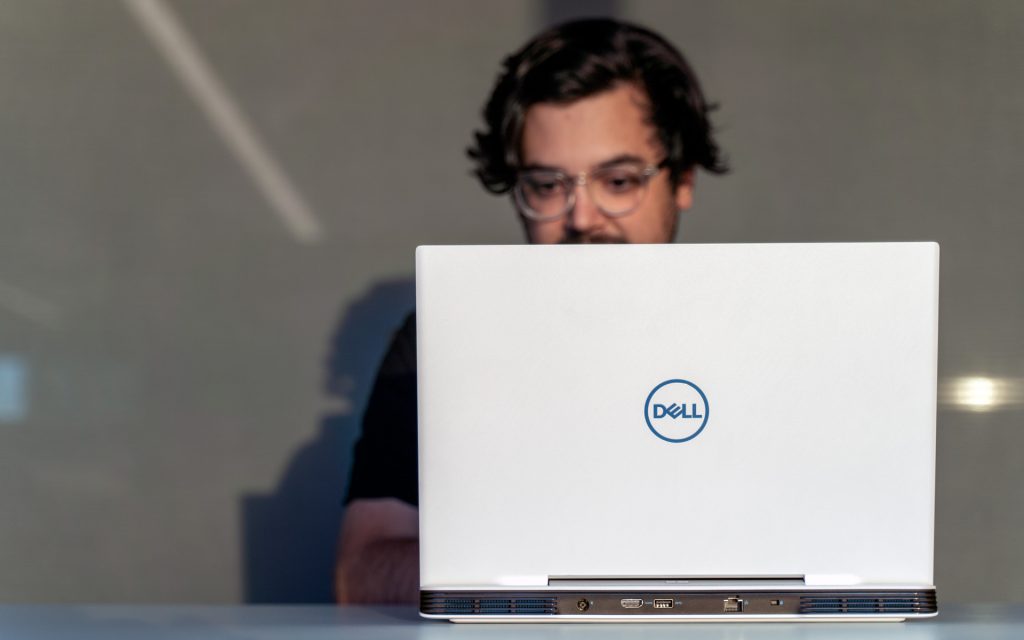 As is usually the case with technology, the smaller you engineer it, the more expensive it gets. That said, chassis size is one of the most obvious compromises with the budget-friendly G-Series. At 23.7mm thick and weighing about 6 lbs. in most trims, the G5 packs some heft.

This makes it less than ideal for people who want a small, light laptop to carry around every day. But there are some benefits to rocking a big frame. For starters, there’s no shortage of space for ports, and Dell has certainly delivered on that front. HDMI, Mini DisplayPort, ample USB options, a full-sized SD card slot and a good old headphone jack are all present. Many of those ports, including the video outputs, are placed conveniently at the back of the chassis, which keeps wire exposure to a minimum on your desk.

Another benefit is cooling. The G5 features a beefy dual-fan heatpipe array that manages to keep the hotter bits relatively cool at all times. When pushed to its max, things do get rather noisy, but the keyboard never felt uncomfortable, and running temps proved manageable.

Even more impressive for a Windows laptop, the 15-inch G5 as reviewed can get by on passive cooling alone during casual use. Even while charging the battery, I was able to browse the web and watch YouTube videos while the fans remained blissfully dormant. Bear in mind, however, that the more powerful trims will be hotter. 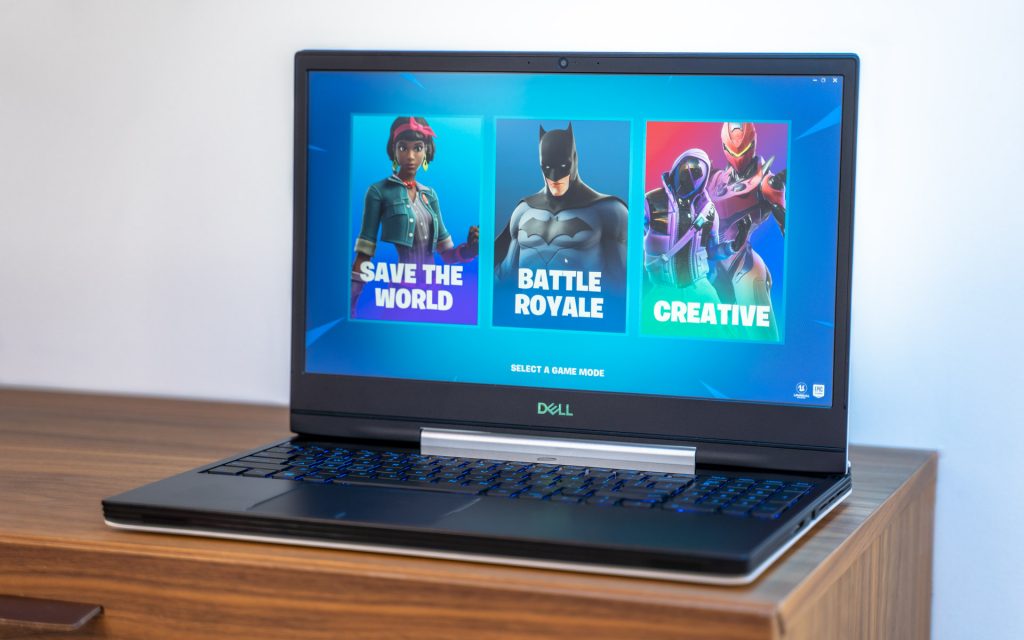 While the G5 offers pared-back specs when compared to its Alienware counterparts, it’s nice to see Dell hasn’t held back on the software package front.

The Alienware Command Center comes included with the G-Series laptops, which gives users access to the full suite of hardware management features enjoyed by the more premium laptops — minus the RGB lighting, of course. Power management, cooling, sleep cycles and more can be set up with custom profiles that let you apply settings on a per-game basis.

Dell Mobile Connect pulls phone messages and calls over to your laptop, which is nice. And if you have an Android phone, you can actually mirror your entire device, allowing access to all your apps right on your laptop screen.

Other quality of life apps, such as Dell Update, make keeping things like chipset drivers, sound and network cards up to date with minimal effort.

Should You Buy the Dell G5 Gaming Laptop? 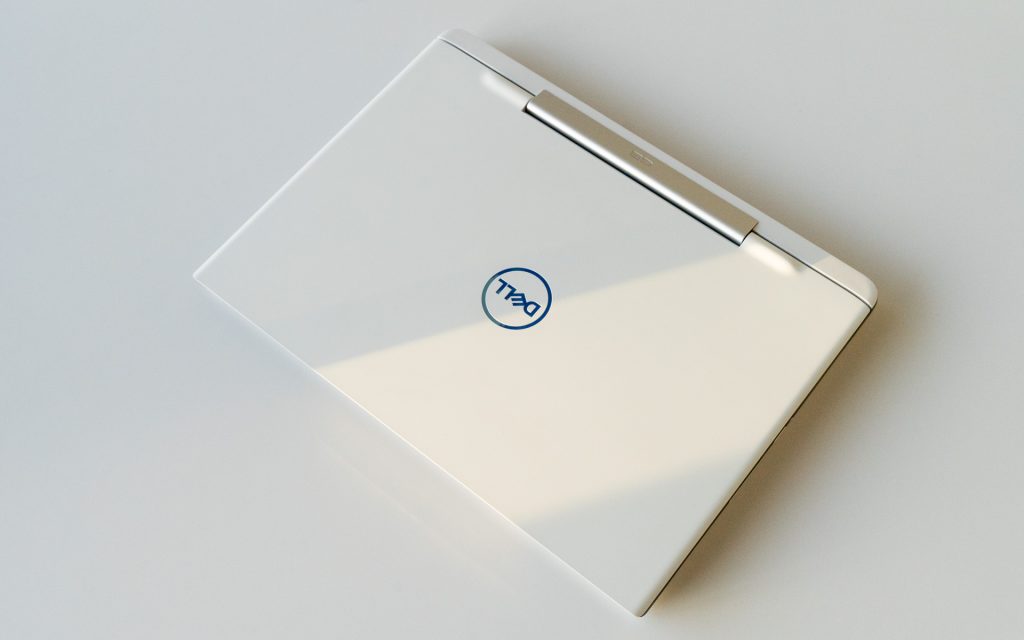 Gamers with expensive taste and the cash to splash will likely be eyeing the latest Alienware tech, which makes sense — they’re excellent laptops. But the G5 is more focused. It foregoes many of the fancy, headline-grabbing tech specs like HDR screens and RGB lighting, instead pouring more of your cash into what matters most — powerful gaming performance.

Some compromises will be felt more than others — the chassis is big, and the SSD, despite being of the NVMe variety, is slow by today’s standards. But if you’re on a budget and just want the most performance for your dollars, the G5 is a solid choice. 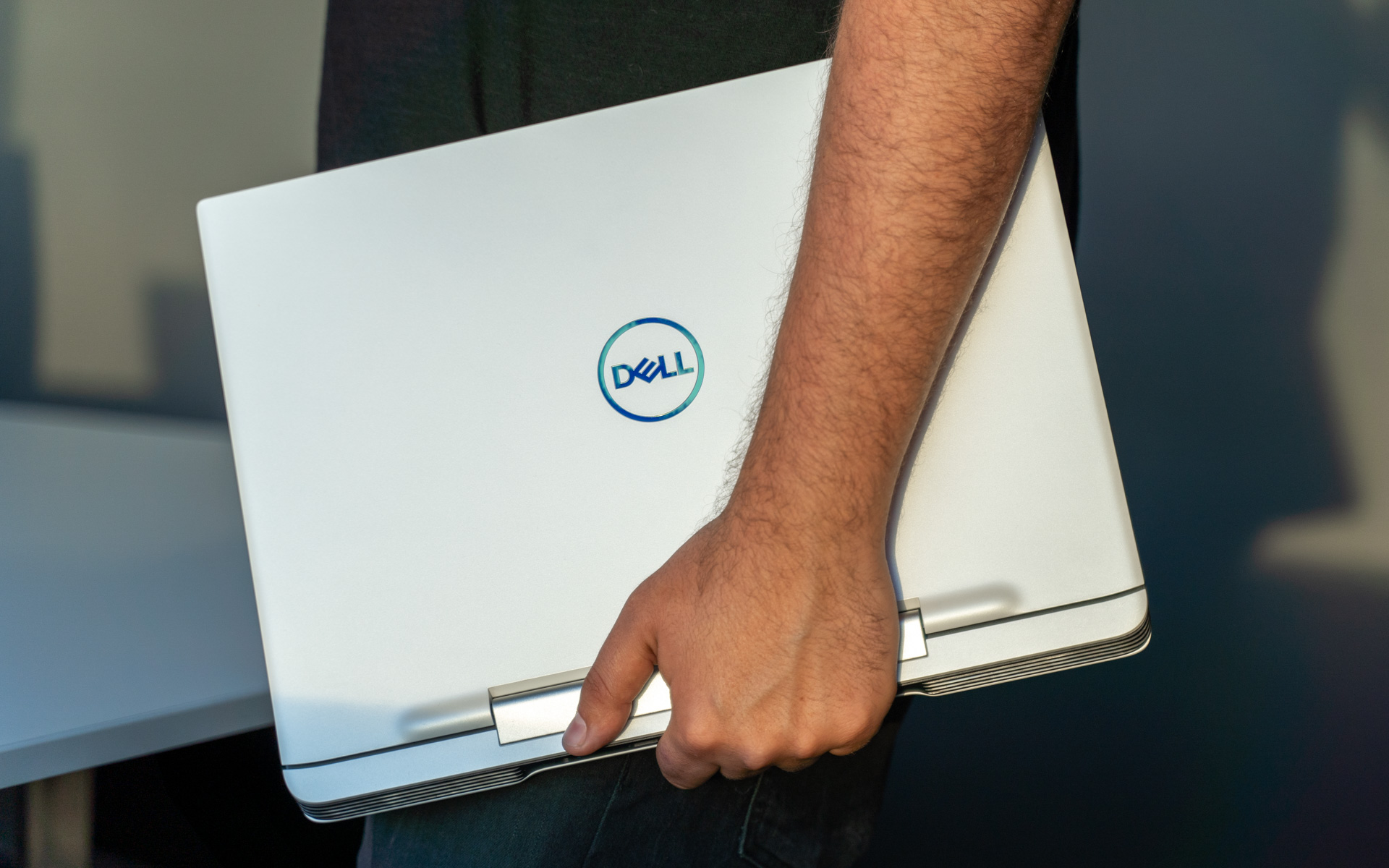 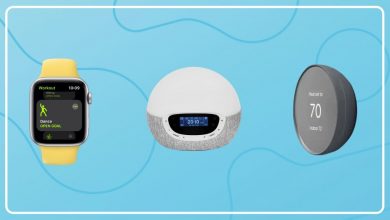 Can’t Get to Hawaii? Beat Winter Blues with Tech Designed to Lift Your Mood 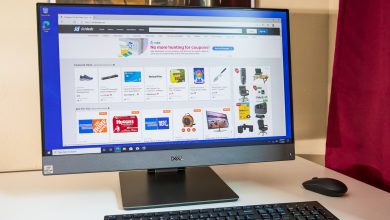 Review: Dell’s OptiPlex 7780 All-In-One PC is a Jack Of All Trades 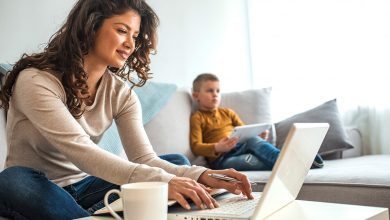 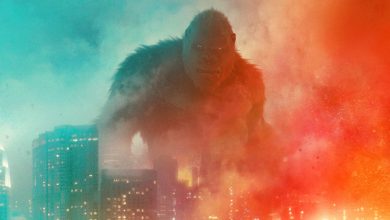 ‘Godzilla vs. Kong’ Will Premiere on HBO Max Two Months Ahead of Schedule