In a shocking announcement that nobody saw coming, Apple recently revealed the brand new iPhone SE. It’s the company’s follow-up to the original SE which launched back in 2016 and strikes an enticing balance between power, price and pocket-ability.

Unlike many phones on the market today, the iPhone SE has opted for a smaller design that fits better in the palm of your hand. Featuring a 4.7-inch Retina HD display, Apple is giving consumers a product that’s designed like the phones of yesteryear. Although it might boast a smaller frame, the hardware powering the SE is surprisingly robust. The A13 Bionic chipset that powers the new SE was introduced in the iPhone 11 and is one of the most powerful processors available. Here are the complete specs:

Where to Order the iPhone SE

The iPhone SE comes in three different colors — Black, White and Product Red — which are available in all three models — 64GB, 128GB and 256GB.

There are already plenty of trade-in incentives for the SE for all the major carriers, so switching to the new device won’t cost an arm and a leg — something we normally can’t say about buying a new Apple product.

If you’re willing to port your phone number over to a new carrier, you can nab the all-time low price for an iPhone SE. Right now, the phone service company is offering a $200 Prepaid MasterCard Virtual Account with purchase of an Apple iPhone SE; the only caveat is you’ll need to switch to Visible.

Factoring in the $200 Prepaid Mastercard, you can nab the following devices in Black or White at these prices:

Now through May 17th, Xfinity is offering new and existing customers a 64GB iPhone SE for $199.92 when they sign up for a 24 month Xfinity Mobile Device Agreement and port in a new number or activate a new line.

While this is one of the lowest prices on offer, you’ll need to complete the full 24-month cycle to reap the full benefit. Each pay cycle, 1/24 of a $200 credit will be distributed to your account. And while you can choose to pay off the device all at once, you won’t receive the remaining credits if you cash out early. Anyone planning to keep their phone for two or more years can probably work with this, but if you want to pay for your new device all at once, this isn’t the deal for you.

AT&T Subscribers can earn a $100 Sam’s Club Gift Card when they purchase and activate an iPhone SE at the retailer. While technically, you can’t spend the gift card you receive on your new phone, Sam’s Club stocks basically everything, so everything should even out next time you need to make a supply run. Plus, the deal requires you opt into a 30-month repayment plan that shaves $100 off MSRP, so you can basically get an iPhone SE for as little as $200.

While this deal does involve a repayment plan, there’s no penalty for paying it off early; if you like to pay for products in-full, you can go ahead and do so while still enjoying the discount and gift card.

Sprint users who activate a new line or account can order the 64GB iPhone SE for $299.99, and Best Buy will even throw in a free $50 eGift Card. This offer is valid for three different colors of iPhone SE.

A similar trade-in promotion is going on at Verizon, however a wider range of products are eligible. That means any Android users hoping to make the switch will want to take a look at Verizon’s deals.

Surprisingly, AT&T is offering the SE at a steep discount for anyone who opts to pay in monthly installments.

If you switch to T-Mobile and trade in a qualifying device, you’re eligible for a free iPhone SE. The promotion appears to only work for the 64GB model — and the only eligible trade-in devices are other iPhones — but it’s certainly a deal you’ll want to check out.

Similar to AT&T, Sprint is offering impressive discounts for anyone who decides to use its payment plan instead of paying in one lump sum.

If you’d like to trade in your old phone, Apple is offering up to $500 in credit for eligible products. Old models such as the original SE will only net you $30, but high-end cellphones such as the iPhone XS Max will garner the full $500. 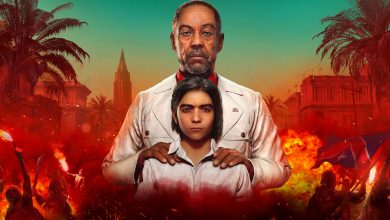