As the prices of your childhood video games climb to astronomical heights on the resale market, one can’t help but wonder: Why did that series even end in the first place?

With decades of video game releases behind us, we can think of tons of widely beloved series that deserved more love than their studios, publishers and distributors gave them. An even more harrowing thought: Have you forgotten about them too?

If you have, it’s time to get reacquainted with these classic franchises that ended too soon.

The line between “abandoned” and “underutilized” has been blurred by the recent onslaught of ports and remastered editions. For the sake of this list, we’re covering game series that have:

So, whatever happened to these classic video game series? And how likely are we to ever see them again?

When this charming bear and bird duo first arrived on the Nintendo 64, Rare Games was widely lauded for their clever and (at the time) groundbreaking use of the console’s 3D platformer capabilities. The four subsequent Banjo-Kazooie sequels expanded to the Game Boy Advance as well as the Xbox 360, where they proved their staying power and crossover appeal with multiple cameo appearances in other Rare titles.

How likely is a sequel? Not impossible! When Banjo and Kazooie were added as playable characters in Super Smash Bros. Ultimate, the original creator Steve Mayles heavily alluded to a possible new entry in the near future. Other key developers remain skeptical, but only time will tell.

Amidst the sea of hyper-realistic racing games set on lush rural courses and sleek tracks, Criterion Games aimed to create a joyful and chaotic arcade racer designed to maximize and reward aggression, destruction and risk-taking. Burnout was a smash hit thanks to its signature “Crash Mode” and “Showtime Mode” mechanics, which encouraged players to cause as much chaos and destruction as possible. What’s not to love?

How likely is a sequel? Unclear, but hopeful. After nearly 13 years of radio silence, Sony recently sent a survey to fans asking if they recognized and/or owned a game from a number of series, including the Burnout franchise — even though Burnout was the only non-Sony exclusive on the list. There is no decisive information, but this mysterious survey has led to speculation from long-time fans.

When Final Fantasy was in its pixelated infancy and Kingdom Hearts was still a twinkle in Square Enix’s eye, there was Chrono Trigger. Compared to its fellow Square franchises, Chrono Trigger had remarkably detailed overworld graphics and complex storytelling that was unprecedented in the RPG genre.

How likely is a sequel? Unfortunately, most of the Chrono Trigger team jumped ship to create Final Fantasy XI during the early production phase of Chrono Cross, the third Chrono Trigger game that never saw the light of day. All of the series’ trademarks are expired as of 2021, so a new release is pretty unlikely.

On the topic of tragically abandoned video game series, a generation of Nintendo fans have taken this particular disappearance personally. Nintendo gravely miscalculated EarthBound‘s appeal outside of Japan, as the original EarthBound game is the only title from the three-part Mother series to receive a North American release.

How likely is a sequel? Impossible, and we’re sad about it. The inclusion of Ness in Super Smash Bros. further stoked the flames of EarthBound‘s popularity, which was apparently not enough to produce new games.

When Bill Walsh’s College Football was first released, EA was an early investor in the now-ubiquitous genre of “sports games featuring real-life teams.” After EA gained the rights to use the NCAA name, the series skyrocketed in popularity to the point where the NCAA took issue. NCAA decreed that using college athletes’ physical likeness (even as a generic template) is not permitted in the league, which led to three major conferences pulling out of their licensing deal with EA.

How likely is a sequel? While they haven’t announced a launch date, EA recently announced that the company was going to revive its college football series, albeit without any NCAA insignia or player likenesses.

Ōkami proved that video games could be true works of art while retaining a creative and engaging playstyle, all thanks to its painterly ink wash cel-shaded animations. Art was at the heart of the entire idea, as players performed important tasks using a Celestial Brush to draw on-screen. Fans demanded a sequel for the following five years but they were ultimately underwhelmed by the release of Ōkamiden for the Nintendo DS.

How likely is a sequel? Last year, Capcom alumna Ikumi Nakamura stated that she was interested in pitching a true Ōkami 2 sequel rather than a spinoff series like Ōkamiden. Her interest is contingent on most of the original game team’s desire to return. For now, we can dream.

Who would have thought that Dance Dance Revolution, Guitar Hero, Beat Saber and thousands of other rhythm game titles all owe their livelihood to a flat little dog who loves to rap? The rhythm game genre was born when PaRappa and friends first hit the scene in 1997. The game proved to be a smash hit with widespread popular coverage, which carried over to the second (and sadly final) installation in the series.

How likely is a sequel? While not totally impossible, we don’t foresee another PaRappa game gracing our screens anytime soon. A petition headed by PaRappa voice actor Dred Foxx made its rounds a few years back, nothing appears to have come of it. Plus, PaRappa is dead in some canons, so that might present some issues as well.

It was nigh-impossible to avoid jokes about “how the cake is a lie” in the years following the release of Portal in 2007. The ingenious portal shooter with kinetic energy retention opened this puzzle-platformer up to hours of exploration and experimentation. Portal 2 was well-received as a genuine improvement on the shortcomings of the original, a relative rarity in video game sequels.

How likely is a sequel? Unlikely. There are plenty of community-generated mods to enhance your Portal experience, but there are no known follow-up releases on the horizon. And, given how Valve doesn’t really release games anymore, we don’t see them rushing to create a new Portal game anytime soon.

Silent Hill is arguably the genre-defining survival horror game of its era. These games are known for their trademark game mechanic, a storytelling style that changes certain events and endings based on the specific choices and movements that the player makes. The enthralling fear is further compounded by ominous ambient music and sound effects.

How likely is a sequel? Confirmed! While a PS5 version of Silent Hill is on the way, we’ll have to wait until 2024 to see if it’s a proper sequel or another Korn-fueled terrible idea.

SimCity is the neglected predecessor of the real-life simulation game we all know and love, The Sims. Instead of creating a person and tending to their home life, players are responsible for turning a patch of undeveloped land into a functional city filled with Sims who need to be managed.

The original SimCity through the fourth installation developed a cult following for the impressive level of detail offered by each release, but interest slowed when Maxis pivoted towards the less sophisticated console and mobile platforms.

How likely is a sequel: Likely, but not for a while. After multiple botched releases, it seems like EA is ready to put this franchise on the shelf for a while. However, it is EA, so there’s pretty much no way we won’t get a sequel at some point…

Tony Hawk Pro Skater may have won the skate game war, but we shouldn’t discount the staying power of EA Black Box’s Skate series. Gameplay was defined by a “flick it” control, where players would mimic the motion of pushing a skateboard by flicking the analog stick. This unique mechanic paired with the game’s futuristic (in 2007) body physics made Skate a blast to navigate.

How likely is a sequel? Very likely! Skate 2 and 3 were generally well-received, but there was no news of a new Skate title until 10 years after the release of Skate 3, when the game’s original creators teamed up with Full Circle to announce that they are in the early stages of a reboot.

Released alongside the PlayStation 2, Eidos and Free Radical’s TimeSplitters shook up the first-person shooter genre with its story-driven time traveling concept and creative puzzles. EA approached Eidos with interest in the TimeSplitters series after the release of TimeSplitters 2.

How likely is a sequel? Not very. After EA released TimeSplitters: Future Perfect in 2005, the company made sure to not promote the new game and leave the beloved franchise out to dry for the foreseeable future. 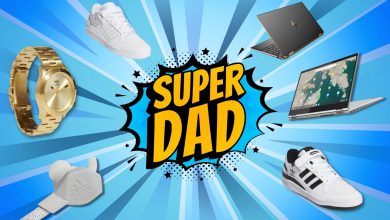 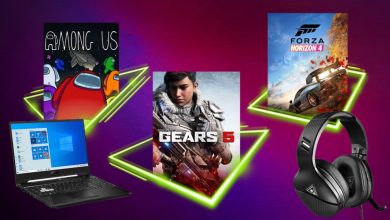 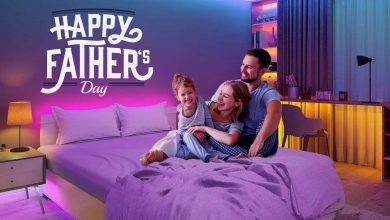 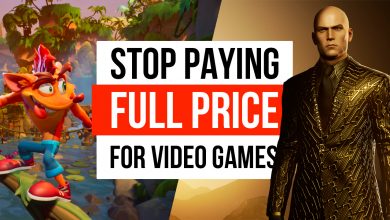