Black Friday is just around the corner, and dozens of retailers are already announcing their hottest deals for the wallet-friendly holiday. Unfortunately, while there are plenty of great discounts on games and accessories, the consoles themselves aren’t seeing many promotions.

While consoles are usually a Black Friday staple, a combination of increased popularity due to COVID-19 and the PS5/Xbox Series X launch has made deals pretty scarce. Seriously, we scoured the advertisements for Walmart, Best Buy, Costco, Sam’s Club and Target; outside a couple of Switch bundle offers, there aren’t any upcoming console discounts advertised.

However, we have a hunch Microsoft and Sony are holding back to help push the new generation of consoles, so we expect more deals to pop up as stores consistently sell out of their stock of PS5s and Series Xs.

If you’re looking for an affordable gaming console, these are the places you’ll want to be shopping. We’ll likely see more promotions announced as we inch closer to Black Friday on November 27th, so stay tuned for more deals.

Out of all the consoles on the market, Nintendo Switch has the best upcoming deals. They’re nothing too spectacular – and most of them are simple bundles – but they’re the cheapest way to get your hands on Nintendo’s popular console and start building a library of games.

From November 22nd to November 27th, Kohl’s will be running one of the best Nintendo Switch deals of Black Friday. For Switch’s regular price of $299.99, you’ll also get a free copy of Mario Kart 8 Deluxe and a three-month membership to Nintendo Switch Online – a total additional value of around $68.99. You’ll also earn $15 in Kohl’s Cash for every $50 spent, redeemable between November 28th and December 9th.

GameStop is offering the same deal as Kohl’s – minus the Kohl’s cash. GameStop’s deal kicks off November 25th at 9 p.m. ET and is online only.

If you are buying from Target and use the retailer’s RedCard credit card you can also save an additional 5%, bringing the price of the Switch down to $284.99.

Starting November 26th, Costco will be offering a Switch bundle that comes with a controller and case for $370 total, but frankly, we’re not sure it’s a good deal. A similar case is on sale for $12 on Amazon, and the controller seems to be a third-party variant, rather than the official Switch Pro Controller. Considering you can get a Switch, case and Pro Controller (at MSRP no less) for $382, we’d recommend you pay the extra $12 and treat yourself to the best Switch controller money can buy.

If you’re looking for a Switch Lite, check out this bundle from Best Buy. You’ll get a Turquoise Switch Lite and a 400GB microSDXC card at $80 off MSRP.

Best Buy will also be offering a bundle deal that includes a Switch, three months of Nintendo Switch Online and a digital download of Mario Kart 8 for $300. This deal starts Sunday, November 22nd. If you missed out on the deal from Kohls or GameStop, you won’t want to miss out on this one.

Amazon is also discounting various games if you’re looking to add to your collection.

Microsoft’s consoles aren’t yet available at a discounted rate. Based on last year’s Black Friday, however, we’re expecting to see the Xbox One S on sale for around $199 at Walmart, Best Buy and possibly Target. Check back closer to Black Friday to see if anything has changed.

Xbox’s are absent from all the Black Friday advertisements we looked at except for Best Buy’s and Walmart’s, which only feature the Series X. This further suggests to us that Microsoft is trying to push its new console through the rest of 2020, but we’re really hoping the discounts start rolling out right before November 27th.

As stores try to clear inventory space for the PS5, we’re hopeful that some excellent PS4 Black Friday deals will make an appearance. Last year even Kohl’s got in on the Black Friday gaming action, selling a 1TB PS4 Slim for just $199 — usually listed for $299.99. For now, it seems that all retailers still have both the PS4 Pro and Slim listed at MSRP.

The PS5 released just earlier this month, so check back in the coming weeks to see if any retailers are trying to clear space with great PS4 offers.

Trying to add a few games to grow your collection? Then you might be interested in the Black Friday promotion EA is running. A variety of its most popular games will be heavily discounted from now until December 1st – with some titles 88% off their regular price. The deals are running on a variety of digital storefronts,  but here are a few of our favorites:

A few Steam sales begin on November 25th instead of November 20th.

If none of those caught your eye, here’s the full list of games going on sale between November 20th and December 1st. Be sure to check your preferred platform during these dates to pick up a few games at a discounted price:

What About PlayStation 5 and Xbox Series X?

Both next-gen consoles are unlikely to see discounts this year. In fact, you’ll be hard-pressed to even find them in stock on store shelves. Both PS5 and Series X/S are going to be this year’s hottest gaming products — but we’ll keep our ears to the ground and be on the lookout for any deals that crop up. In the meantime, you can check the following retailers to see if they have anything available.

And if you haven’t already, make sure to set up a Deal Alert and we’ll let you know as soon as discounts on any of these consoles start rolling out. 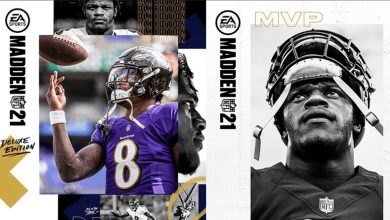 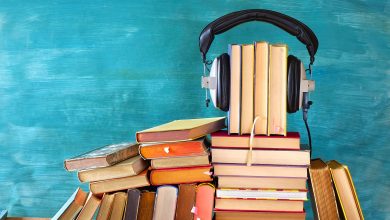 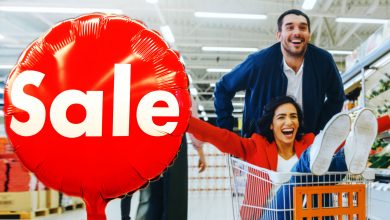