Ready to start planning your next Netflix watch party? For Netflix users, the month of May is exciting, but inevitably bittersweet. Leaving us in May are some family classics such as Spy Kids, Space Jam and the series, Bob Ross: Beauty is Everywhere. Interested in catching a must-see romance before it’s too late? Curl up with your loved one and watch Love, Rosie before it leaves on May 19th.

Despite these losses, Netflix has a fun lineup of new shows coming in May. Stuck at home and can’t go to the beach? Soul Surfer will bring the ocean to you! (But maybe leave out the shark.) Fans of the medical drama, Grey’s Anatomy can start binging the latest season on May 8th.

Invite your friends over virtually and watch these shows from afar. You can stay safe at home and enjoy these hits using virtual Netflix Party.

So, it looks like it’s time to start planning your next movie night! We’ve also included some nice tips for choosing, and saving on, the best streaming device for you.

What’s Coming to Netflix in May

What’s Leaving Netflix in May

Check out free trials of top streaming services and or discounts on 4K smart TVs. Save yourself some time and set a Deal Alert. We will notify you when a new deal arrives. 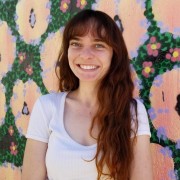 Christine Petersen is a Content Marketing Intern at Slickdeals. A senior at Loyola Marymount University, she studies English and public relations. She previously worked at a health and wellness public relations firm and a non-profit legal clinic. Christine is passionate about photography, music and hair care products. You’ll often find her exploring the outdoors with her trusty DSLR camera, singing vocals in her home recording studio, or roaming a store’s shampoo and conditioner aisle studying each bottle, hoping to find the perfect ingredients for her difficult hair.