Previously, Walmart, had a Series X/S inventory drop on Thursday, August 5th at 12:00 p.m. PST. While that sold out as fast as you’d expect, you should save the link below and mark your calendars for next Thursday, as the retailer has a penchant for weekly drops.

In fact, Walmart has been the most reliable place to find Series X/S restocks since launch day, though Target has recently also seen a few Series X restocks. When scheduled restocks happen, the consoles are usually released in 10-minute waves. If you miss the posted time (especially for Series X) we recommend checking back every 10 minutes for the duration of the next hour.

While many sites like Walmart, Target and Best Buy posted landing pages for the new consoles in the fall of 2020, they all sold out pretty much instantly. We’ve heard the most consistent reports of success at Microsoft, so we recommend checking its site to try and catch a restock.

Being the more powerful console, the Xbox Series X costs $499. Meanwhile, the smaller Series S lacks a disc drive and starts at $299.

With two systems set at separate prices, it’s clear Microsoft is trying to get the new generation of Xbox into as many homes as possible. However, even the cheaper Series S will run you several hundred bucks, and it might be hard to justify a new console during these uncertain times.

To that end, Microsoft is introducing Xbox All Access, a financial plan that will allow consumers to pay for their console of choice in installments. The Xbox Series S will cost $25 a month with Xbox All Access, while the Series X will cost $35 a month — both for 24 months. To sweeten the deal, both plans include Game Pass Ultimate.

Where to Order the Xbox Series X and Series S

As is to be expected with a next-gen console, no deals or discounts are currently available for the hot new products – and you’ll have to move fast if you’re hoping to snag one at all. We’d recommend checking as many of these sites as possible and signing up for notifications to receive updates about Series X and Series S availability. If you don’t manage to land one now, you can hold out hope that new shipments will become available at a later date.

What Are the Hardware Specs on the Xbox Series X?

On February 24, 2020, Microsoft announced the Xbox Series X’s upgraded GPU will put graphical performance at 12 teraflops, which firmly places it above standard Nvidia and AMD graphics cards. To put that into perspective, 12 teraflops is roughly nine times as powerful as the original Xbox One console and twice as powerful as the Xbox One X. The Series X also implements GDDR6 memory technology.

The improved NVMe SSD aims to reduce game loading times, which enables gamers to hop into digital realms much faster. Additionally, the Series X will feature a new CPU developed by AMD and Radeon. The CPU will build on AMD’s Zen 2 and Radeon’s RDNA 2 models and aims for up to 8K/120fps performance on games. Microsoft is also working closely with HDMI Forum to get the highest quality HDMI 2.1 support.

The end goal is low latency and smooth visual performance on games, and while it will likely be a few years before most consumers (not to mention developers) are able to make full use of this power, the potential is inarguably exciting. Improved GPU/CPU from AMD also means the Series X graphics will feature improved lighting realism via DirectX Raytracing. Microsoft has patented a new form of variable rate shading (VRS) as well, which it claims will result in “more stable frame rates and higher resolution, with no impact on the final image quality.”

Another exciting feature is the new Quick Resume function. A basic version of this feature already exists for Xbox One and allows players to suspend a game while the console is in rest mode, negating the need to boot up the entire game from scratch when the console turns back on. The new and improved Quick Resume function will allow gamers to do this across multiple games, so you can squeeze in a few rounds of Overcooked while waiting for your next Fortnite match to load.

It’s clear that Microsoft designed the Series X to be a spec beast, even rivaling some of the most powerful gaming PCs on the market. Head of Xbox Phil Spencer boasted the new console’s attentiveness to latency via Auto Low Latency Mode (ALLM), which would help with input lag between the controller and the game input.

What Are the Hardware Specs on the Xbox Series S?

In reality, the differences shouldn’t be too noticeable. Because games will be running at 1440p instead of 4K on the Series S, you won’t need as much power to keep a solid framerate. There might be a bit of slowdown during loading screens or intense action sequences, but until people have more experience comparing them it’s hard to say how they will stack up over the years. At the end of the day, the Series S will suffice for most players – so long as you’re fine with its lack of 4K and a disc drive.

How Expensive is the Xbox Series X?

The Xbox Series X retails at $499, while the Series S starts at $299. Microsoft is also offering an Xbox All Access financial plan for the new consoles, aimed at making the barrier of entry a little less steep.

With Xbox All Access, consumers can pay for their new console in installments. The Xbox Series X costs $35 a month, while the Series S costs $25 a month for 24 months. The monthly payments also include Xbox Game Pass Ultimate, meaning you’ll gain instant access to many of the best games released over the last generation. Several big titles are also scheduled to launch on Game Pass, including Halo Infinite, making Xbox All Access even more enticing. To learn more about the unique program, how to qualify and participating retailers, head on over to Microsoft’s official website.

When Was the Xbox Series X Released?

Both the Xbox Series X and the Series S launched November 10th, 2020. That was just in time for the holiday shopping season, and it sold out about as quickly as you would imagine. The console is wildly popular, and shortages on supply will likely persist throughout 2021.

What Games Were Available on the Xbox Series X at Launch?

The Xbox Series X has dozens of great titles that launched in tandem with the console, and it is backward-compatible with games from the past three generations. That means you’re able to play some original Xbox, Xbox 360 and Xbox One games on the Series X, which is a huge blessing to Xbox loyalists who have acquired a treasure trove of games over the generations.

As for new games, the following launched on November 10th:

In addition to these titles, there are even more titles that came out around November 10th, including The Medium and Dead Static Drive. Take a look at a recent trailer for EVERWILD – a new game from Rare studios – below:

Want to stay up to date on all the latest news and deals from Xbox? Set a Deal Alert and we’ll notify you the moment a new deal goes live. 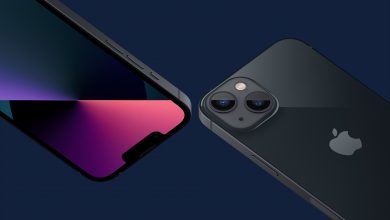 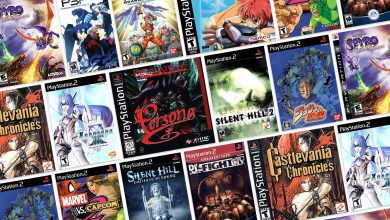 12 Incredibly Rare PlayStation Games You Probably Owned at Some Point 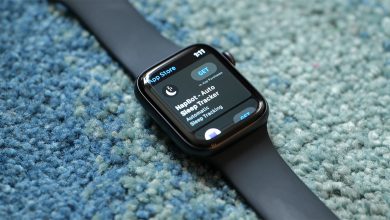