I was going to buy the Unni 3 yesterday, then Manfjourde sold me on this instead. Both start at $299, but the Napoli uses gas (sold separately), charcoals, pellets, and wood. 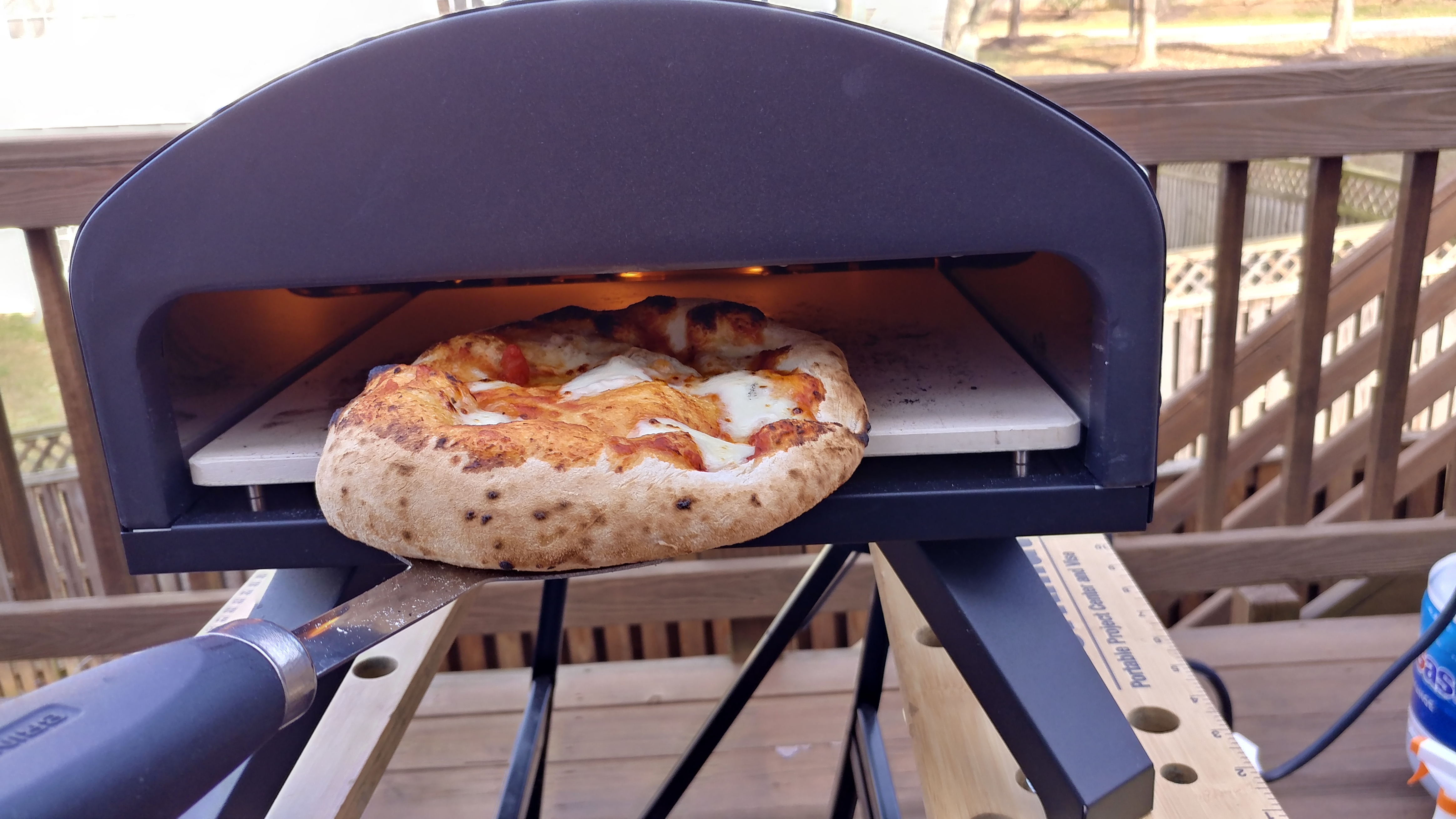 NeverSummer07 posted this deal. Say thanks!
Add Comment
Reply
Created 11-27-2018 at 07:02 AM by NeverSummer07
in Home & Home Improvement
If you purchase something through a post on our site, Slickdeals may get a small share of the sale.
Deal
Score +9
5,542 Views
$210.00
See Deal
Want more deals like this? Create a deal alert for Home & Home Improvement.
Add Deal Alert

So far - a decent little oven. It's no frills, but it's also much less expensive than the competition. I also own a Pizza Party unit that was almost 10x more expensive, and for the cost I think this is a pretty good device. I haven't used the gas attachment yet, only went with pellets (which was a PITA; think I will add a small USB fan behind the fire box to keep the fire going).

I got it up to about 800F with the pellets, after a 20 minute preheat. It's also cold and windy here in NYC, which might affect that. No pictures of the pies it made, but they were pretty good.

12-08-2018 at 12:31 PM #13
It took 8 days for them to deliver. I used the gas burner attachment because I didnt want the cleanup and too lazy to attend the temperature. Surprisingly my infrared thermo read over 1022F at the back of the stone and the middle was about 940F in 15-20min. It was 36F outside. My target ttemp for the back was around 900-950F and needed to turn the gas to 60-70% max. Overall, no regret on this purchase. I'll also try naan bread and sear my steaks with this oven. Last thing, this thing cook so fast. I need to rotate my pizza every 10-20 seconds. Here's some pics of my pizza.

If You Don't Have a Fancy Toaster Oven, Who Hurt You?

This Heated Blanket is Basically a Discounted Hug

Build the Unpronounceable Kitchen of Your Dreams During this Massive IKEA Sale
Copy Code & Open Site More Deals from
Did this coupon
work for you?
Copy
Link Copied to Clipboard