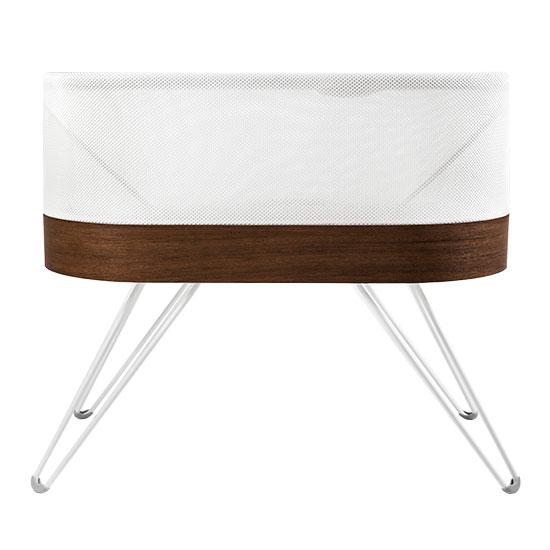 sKwiD posted this deal. Say thanks!
Add Comment
Reply
in Babies & Kids (6)
If you purchase something through a post on our site, Slickdeals may get a small share of the sale.

If you have any questions, please feel free to ask.

Reply Helpful Comment? 6 0
This comment has been rated as unhelpful by Slickdeals users
Joined Jan 2014
L6: Expert
1,303 Posts
676 Reputation
Our community has rated this post as helpful. If you agree, why not thank ?
05-07-2019 at 01:51 PM #4
Before you spend $850 on a vibrating sleeper, I'd suggest checking Amazon's very mixed reviews. It seems like a safe product, but it also seems quite pricey for something that doesn't work for a lot of people and that children outgrow quickly.

I was actually just logging in to post a similar response because we have also had a very positive experience with the Snoo and Happiest Baby, and want to stand by them. I also know that due to the high upfront cost it's one of those purchases not taken lightly. We are wrapping up our 6th month now on our first. Wish they had an extended 6+ month version!

Originally my wife and I were on the fence after seeing some reviews where it worked for some, but not others. Eventually we gave in and bought one off of Facebook Marketplace. We were lucky, it made a big difference as far as sleep went. Unfortunately a couple months in, the rocking started acting up and the gears were not working properly. We were worried since Happiest Baby states the warranty only covers the initial owners. Probably since there is so much resale due to cost. I initially was going to attempt to fix it, but it was pretty integrated so we contacted Snoo. The support could not have been better. They said they would see what they could do and had me send a couple videos of the issue. They ended up sending us a brand new unit. We just had to put an upfront deposit until they received the old one. The turn around was also pretty quick. Worst part was carrying the thing to UPS.

We are going to be transitioning him to his crib now, which I heard is a little harder coming from the Snoo, but overall it was nice to have some longer nights like we did. Overall the standard price is pretty steep, but it's all in the eye of the beholder. I might even say it would be worth it at retail based on our experience. Again, it might not be for every baby but we had good luck. We are holding on to ours for our second when we have it.
Reply Helpful Comment? 2 0
This comment has been rated as unhelpful by Slickdeals users
Joined Jan 2014
L6: Expert
1,303 Posts
676 Reputation
05-07-2019 at 02:39 PM #8
Read the actual reviews as written.

But feel free to ignore whatever doesn't comfort to your preconceived notions.
Reply Helpful Comment? 2 2

It's not my preconceived notions, those are overall positive reviews. Maybe not every single person loves it, but what product can claim that? I just took issue with your statement that reviews are "very mixed".
Reply Helpful Comment? 0 0
This comment has been rated as unhelpful by Slickdeals users
Joined Jun 2006
L5: Journeyman
664 Posts
247 Reputation
05-07-2019 at 03:18 PM #11
I've been waiting for a coupon on this. Thanks OP! Ordered for delivery in September.

My husband has had various co-workers' testimonials that they could not live without this the first few months. I think it is worth it if it means more sleep. If it doesn't work, you have 30 days from delivery to return it.

How New Parents Can Save Big with Our Baby Shopping Guide

Searches Surged 600% for This Vacuum - and It’s on Sale
Copy Code & Open Site More Deals from
Did this coupon
work for you?
Copy
Link Copied to Clipboard