$7 shipping or may be able to get in store and avoid shipping cost. 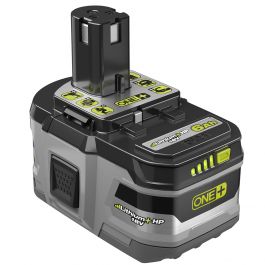 coopscoop posted this deal. Say thanks!
Add Comment
Reply
Created 08-21-2019 at 03:47 AM by coopscoop
in Batteries (8)
If you purchase something through a post on our site, Slickdeals may get a small share of the sale.
Deal
Score +7
6,503 Views
$41.99
See Deal
Want more deals like this? Create a deal alert for Batteries.
Add Deal Alert for Batteries

08-21-2019 at 08:31 AM #10
Seems dishonest to specify pre-owned, when it's really just a used item.
Reply Helpful Comment? 0 2
This comment has been rated as unhelpful by Slickdeals users
Joined Jun 2012
Who me?
9,467 Posts
3,371 Reputation
Our community has rated this post as helpful. If you agree, why not thank ?
08-21-2019 at 08:37 AM #11
Direct Tools is owned by TTI, the manufacturer of Ryobi. As such, these are most likely just Home Depot store returns that couldn't be resold as new. They're inspected and tested and backed by a one year warranty.

This is quite different than buying from some fly-by-night eBay style refurbisher.

08-21-2019 at 01:30 PM #14
This is a decent deal considering it's being sold direct from the manufacturer. While I've never bought cpo batteries separately, I did buy lots of cpo Ryobi tools from direct tools outlet during their March sale. Some of them were kits, so they came with cpo batteries. Other than the 'REFURB' stamp etched into every tool and battery, all of them looked and performed like new. These aren't truly 'pre-owned'; they are returns. So they were used at most for 90 days. But none of the ones I received had any signs of use. There wasn't a single dud either, and they all had testing stickers on them. So I think they do test them before reselling them.

The lowest I've seen these new is $119 for two, while the usual price is $139 for two. Here you're getting 2 batteries for $91, including shipping. The short-lived 4AH deal from 2 days ago was the same cost per AH, but those were new, and so obviously a better deal.

While I have a lot of trust in direct tools outlet based on past experience and would expect like-new batteries, the real bummer with this deal is the 1 year cpo warranty, versus a 3 year warranty with a new battery. I know people who have gotten their Ryobi batteries replaced by warranty when they failed after two years, so the full warranty does have real value.

The Top Anker Products To Bring Into Your Electronic Biome