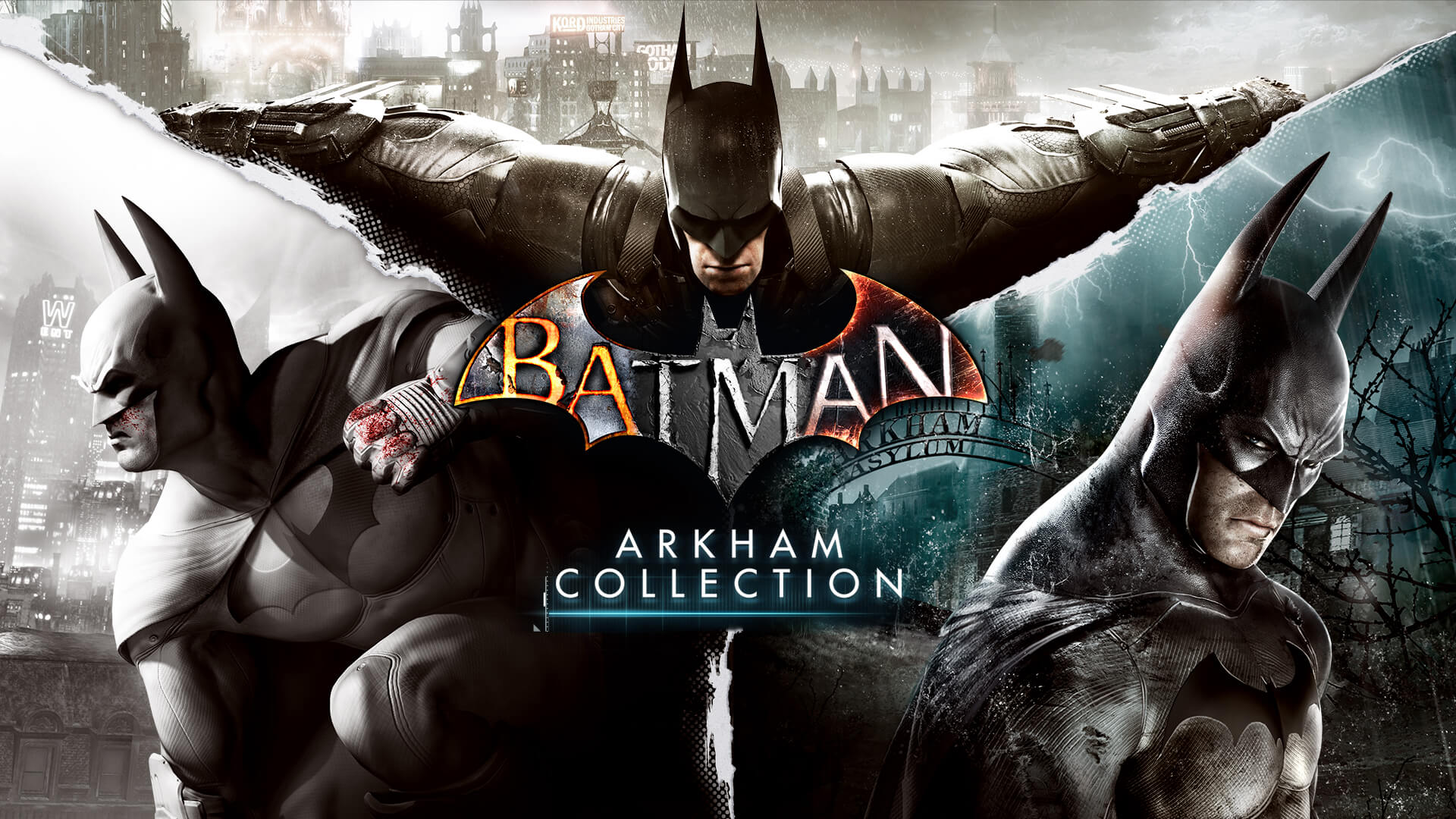 unreliable posted this deal. Say thanks!

Confirmed to include: Arkham Asylum, City, Knight, and Lego Batman 1-3

Add Comment
Reply
in Video Games (6)
If you purchase something through a post on our site, Slickdeals may get a small share of the sale.
Deal
Score +675
66,710 Views
Free
See Deal
About the OP
Send Message
Pro
tommorrow Joined Nov 2008 un
486 Reputation Points
5 Deals Posted
65 Votes Submitted
441 Comments Posted

Technically you don't need to install it to get the games. Also, take your salty butt back to Reddit if you're just going to complain. Slickdeals is about deals, and this is a good one.
127 Helpful?
My Epic library is up to 40 titles now. Not a dime dropped yet.
65 Helpful?
PC Gamers: "AMD challenging Intel is awesome. Competition is great for consumers."

09-12-2019 at 07:43 PM #4
I attached a big picture showing the possible Batman games. Hopefully it is multiple Batman game like the OP mentioned.

Our community has rated this post as helpful. If you agree, why not thank ?
09-19-2019 at 09:19 AM #6
Batman Arkham Collection includes:
LEGO Batman Trilogy includes:
Get all six games here for free:
https://www.epicgames.com/store/e...-free-week

All games below are available for Free:
https://www.epicgames.com/store/e...-free-week

Critically acclaimed Batman: Arkham Asylum returns with a remastered Game of the Year Edition, featuring 4 extra Challenge Maps. The additional Challenge Maps are Crime Alley; Scarecrow Nightmare; Totally Insane and Nocturnal Hunter (both from the Insane Night Map Pack).
Utilize the unique FreeFlow™ combat system to chain together unlimited combos seamlessly and battle with huge groups of The Joker's henchmen in brutal melee brawls
Investigate as Batman, the WORLD'S GREATEST DETECTIVE, by solving intricate puzzles with the help of cutting edge forensic tools including x-ray scanning, fingerprint scans, 'Amido Black' spray and a pheromone tracker
Face off against Gotham's greatest villains including The Joker, HARLEY QUINN, POISON IVY and KILLER CROC
Become the Invisible Predator™ with Batman's fear takedowns and unique vantage point system to move without being seen and hunt enemies
Choose multiple takedown methods, including swooping from the sky and smashing through walls.
Explore every inch of Arkham Asylum and roam freely on the infamous island, presented for the first time ever in its gritty and realistic entirety
Experience what it's like to be BATMAN using BATARANGS, explosive gel aerosol, The Batclaw, sonar resonator and the line launcher
Unlock more secrets by completing hidden challenges in the world and develop and customize equipment by earning experience points
Enjoy complete superhero freedom in the environment with the use of Batman's grapnel gun to get to any place you can see, jump from any height and glide in any direction

Batman™: Arkham Knight brings the award-winning Arkham trilogy from Rocksteady Studios to its epic conclusion. Developed exclusively for New-Gen platforms, Batman: Arkham Knight introduces Rocksteady's uniquely designed version of the Batmobile. The highly anticipated addition of this legendary vehicle, combined with the acclaimed gameplay of the Arkham series, offers gamers the ultimate and complete Batman experience as they tear through the streets and soar across the skyline of the entirety of Gotham City. In this explosive finale, Batman faces the ultimate threat against the city that he is sworn to protect, as Scarecrow returns to unite the super criminals of Gotham and destroy the Batman forever.
Product Features:
"Be The Batman" – Live the complete Batman experience as the Dark Knight enters the concluding chapter of Rocksteady's Arkham trilogy. Players will become The World's Greatest Detective like never before with the introduction of the Batmobile and enhancements to signature features such as FreeFlow Combat, stealth, forensics and navigation.
Introducing the Batmobile – The Batmobile is brought to life with a completely new and original design featuring a distinct visual appearance and a full range of on-board high-tech gadgetry. Designed to be fully drivable throughout the game world and capable of transformation from high speed pursuit mode to military grade battle mode, this legendary vehicle sits at the heart of the game's design and allows players to tear through the streets at incredible speeds in pursuit of Gotham City's most dangerous villains. This iconic vehicle also augments Batman's abilities in every respect, from navigation and forensics to combat and puzzle solving creating a genuine and seamless sense of the union of man and machine.
The Epic Conclusion to Rocksteady's Arkham Trilogy – Batman: Arkham Knight brings all-out war to Gotham City. The hit-and-run skirmishes of Batman: Arkham Asylum, which escalated into the devastating conspiracy against the inmates in Batman: Arkham City, culminates in the ultimate showdown for the future of Gotham. At the mercy of Scarecrow, the fate of the city hangs in the balance as he is joined by the Arkham Knight, a completely new and original character in the Batman universe, as well as a huge roster of other infamous villains including Harley Quinn, The Penguin, Two-Face and the Riddler.
Explore the entirety of Gotham City – For the first time, players have the opportunity to explore all of Gotham City in a completely open and free-roaming game world. More than five times that of Batman: Arkham City, Gotham City has been brought to life with the same level of intimate, hand-crafted attention to detail for which the Arkham games are known.
Most Wanted Side Missions – Players can fully immerse themselves in the chaos that is erupting in the streets of Gotham. Encounters with high-profile criminal masterminds are guaranteed while also offering gamers the opportunity to focus on and takedown individual villains or pursue the core narrative path.
New Combat and Gadget Features – Gamers have at their disposal more combat moves and high-tech gadgetry than ever before. The new 'gadgets while gliding' ability allows Batman to deploy gadgets such as batarangs, the grapnel gun or the line launcher mid-glide while Batman's utility belt is once again upgraded to include all new gadgets that expand his range of forensic investigation, stealth incursion and combat skills.

LEGO Batman Trilogy - They're Lego, they're Batman, they're amazing co-op puzzlers. What more do you want?
https://www.epicgames.com/store/en-US/bundles/lego-batman-trilogy​ [epicgames.com]

Escape from Tarkov 20% off

MLB The Show 20 — Pre-Order Deals, Discounts and Exclusives
Copy Code & Open Site More Deals from
Did this coupon
work for you?
Copy
Link Copied to Clipboard