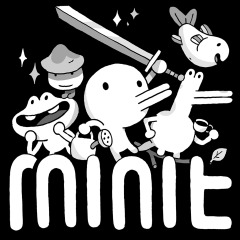 Morgiana posted this deal. Say thanks!

Written by Edited October 4, 2019 at 03:02 PM by
Epic games from October 3rd will let you download and play Minit for free! But download the game quick since the offer expires on October 10th!

Minit is a peculiar little adventure played sixty seconds at a time. Journey outside the comfort of your home to help unusual folk, uncover countless secrets, and overcome dangerous foes, all in hopes of lifting a rather unfortunate curse that ends each day after just one minute. Minit is a collaboration between Kitty Calis, Jan Willem Nijman, Jukio Kallio & Dominik Johann.

Add Comment
Reply
in Video Games (4)
If you purchase something through a post on our site, Slickdeals may get a small share of the sale.
Deal
Score +139
16,850 Views
Free
See Deal
About the OP
Send Message
Pro
Joined Jul 2019 L2: Beginner
759 Reputation Points
22 Deals Posted
127 Votes Submitted
68 Comments Posted

What a ridiculous take. Steam user reviews are borderline useless anyways and trolls exploit the system with review bombing for the dumbest non-game related reasons. Who cares if Tencent owns a sizable chunk of Epic, are there any evidence of them using their ownership to spy on the users or somehow plot against the video game industry? Do you also boycott Uber or Lyft because the large Saudi investments and the Saudis stance toward females going anywhere by themselves? Or do you also boycott all devices with chips made by Globalfoudries (the second largest foundry, used to be AMD's manufacturing division and owned completely by the gov of Abu Dhabi since 2008) knowing Abu Dhabi's stance toward political dissent etc?
12 Helpful?
Quick! Download as fast as possible before the anti-Epic warriors come out of their basements!
7 Helpful?

Looks like a wanabit. (a want-to-be-8-bit game, made a quarter century too late.)

Surviving Mars is coming next week.