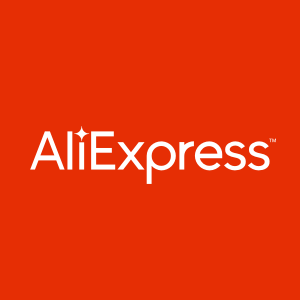 PeterK48 posted this deal. Say thanks!
Add Comment
Reply
in Cell Phones (5) Get AliExpress.com Coupons
If you purchase something through a post on our site, Slickdeals may get a small share of the sale.

General issues:
1. If you have more than 1 orders from the same seller, AliExpress automatically combines all orders in the same conversation between seller and buyer, and it is hard to tell which conversation is for what order.
2. For some unknown reason some messages (not the oldest messages) between you and seller and are disappeared, and therefore you lose proof when you need it for dispute.
3. The history of conversation between you and the seller are not stored completely on AliExpress; it appears AliExpress only lets you see a limited messages between you and the seller, and they delete/remove a lot of messages for no reason.
4. Seller sometimes uses a weird tracking: the tracking shown in the order is for from China to the first stop in the U.S. and then the package arrives with a different tracking. This appears the seller has a partner in the U.S. who then puts a new shipping label showing it is from a U.S. address.
5. The tracking in the order initially showed very details, but at some time later it only show only 2 ridiculous information: 1 with start point and the other has only 2 words of "Successful delivery" with the date next to it; there is no other detail.
6. If you confirm you received the package, you cannot dispute it after 15 days.
7. When you dispute an order, there are very limited options to choose for the reason you dispute, and you have to choose the option that is very close to your reason even though it is sometimes very different from your case.
8. AliExpress limits number of characters when you need to state your points for dispute. If the dispute between you and seller continues to drag on, each time AliExpress asks you to give more input and you will have to delete some old text in order to have room for your new input.

Now for my own recent issue with AliExpress (please see above first in order to understand what I am about to say below):
1. I had ordered a same item from a seller for around a year. The packages were usually delivered for more than a month. So I usually ordered again even I had not received the packages from previous order.
2. The story below is for last 3 orders for the same item with the same seller only.
3. Last orders' date of purchase are as follow:
Order #1: July 16, 2019
Order #2: August 5, 2019
Order #3: August 19, 2019

4. While I had not received any packages, I also noticed the latest order was abnormal because it was not shipped out after many days. I asked the seller and he (I assume a guy) demanded additional $25 in order for him to ship it. I put it in dispute and I got my money back for that order.
5. I then received packages from the order #1 (I assume). As usually I went ahead to confirm that I received the packages (I buy many items on AliExpress and this was the only way for me in order to distinguish which orders I have not received. After I had big issue with AliExpress, I no longer confirm that I received any package — see above for why — Now I only send a message to the seller that I received the package to keep track what I have received and what I have not).
6. For order #2, the SINGLE tracking in the AliExpress system only shows 2 points as I mentioned above. I asked the seller to check it and he told me "don't worry". Couple days later he produced 2 Fedex tracking numbers that are completely different from the tracking number in the AliExpress order record (the AliExpress system shows only 1 tracking number, not 2 and it is not Fedex). To me, these packages belong to order #1.
7. I put order #2 into dispute. I told AliExpress that the packages belong to order #1. I asked them to look into all orders history between me and the seller to see my point that the seller always took several days to ship out my orders and the packages usually took at least a month for delivery. I also tried to point it out to AliExpress that the Fedex tracking numbers that seller provided as his proof of delivery that the tracking shows both packages arrived at Fedex in California on August 6, 2019; so there is no way the packages would have arrived to the U.S. from China on the next day after I placed the order (for this particular case). So far it does not matter what I said to AliExpress, they consider the tracking numbers are valid, and they appear to take seller's side, and it appears they ignore my points. The dispute has been going on for almost a month and it is still in progress as of today.

It's good to get insight into things like this from long-time users of the various platforms.
Reply Helpful Comment? 2 0
Page 1 of 4
1 2 3 4
Join the Conversation
Add a Comment
Deal Alerts