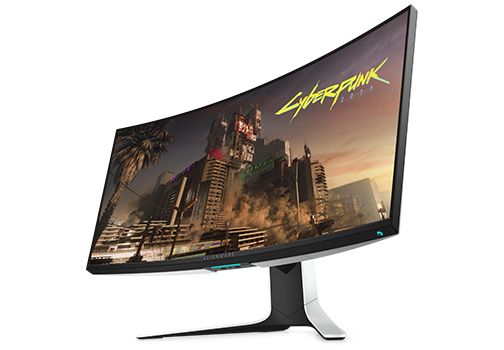 Askeptic posted this deal. Say thanks!

Biggest differences between this model an the older AW3418DW is the native 120Hz refresh rather than 100Hz OC to 120Hz found on the old, 98% DCI-P3 color, 2ms response time rather than 4ms, and an updated stand.

This price is less than the comparable Freesync LG panel.

2) Go to members page for the monitor
Monitor-LINK [dell.com]

Update: $950 + Tax if purchased through the member section (Thanks to SaltyOne for pointing this out)

Add Comment
Reply
in Monitors (4) Get Dell EPP Coupons
If you purchase something through a post on our site, Slickdeals may get a small share of the sale.

0
Reply
This comment has been rated as unhelpful by Slickdeals users
Joined Jun 2007
L5: Journeyman
623 Posts
291 Reputation
11-01-2019 at 06:16 PM #62
Yeah I definitely don't have dark shadows or stutter on either of mine. The first one I received had a bad displayport cable that Dell Support replaced, but that was the only issue I had with them.

I have both monitors plugged into a 1080 atm.

0
Reply
This comment has been rated as unhelpful by Slickdeals users
Joined Sep 2019
L2: Beginner
83 Posts
14 Reputation
11-01-2019 at 07:48 PM #67
urlhasbeenblocked has never once processed my order successfully, any tips on how to do that?

This comment has been rated as unhelpful by Slickdeals users
Joined Jul 2018
L3: Novice
133 Posts
22 Reputation
11-01-2019 at 08:03 PM #68
Can't help you there. I haven't ordered much though urlhasbeenblocked, like 3 items, but never had a problem. My monitor order with urlhasbeenblocked was through BuyDig. I guess you could order it from them. They occasionally go on sale for $799 which still beats this deal. You won't be disappointed.

0
Reply
This comment has been rated as unhelpful by Slickdeals users
Joined May 2008
L2: Beginner
94 Posts
25 Reputation
11-01-2019 at 08:16 PM #69
The horror stories about the LG monitor with scanlines, along with terrible LG customer service, steered me far away from it. I'd rather pay more for much better customer service, with a panel warranty that leaves little to be desired. Just my 2 cents.

0
Reply
This comment has been rated as unhelpful by Slickdeals users
Joined Sep 2011
L6: Expert
1,193 Posts
161 Reputation
11-01-2019 at 08:28 PM #70
I am waiting on the u3818dw to go down. How is it compares to this one. I am not an avid gamer and don't have a rig to go with. It would like a good IPS screen with a good screen and for work and for my son's games. I like the usb-c thunderbolt on the U series to reduce clutter but not sure if I should wait

It comes down to personal opinion. To me, the LG looks like something found on a 12 yr olds desk and when it breaks, you replace it before calling them.

Dell has its perks for sure. Warranty, nicer bezel / stand etc. Side by side though, they will look very close to the same pic quality.

Some will think, "oh the LG is a few bucks cheaper and it's the "Same". That's cool to, nothing wrong with that. At the end of the day, I just prefer the more premium look on my desk, but I don't look down on LG owners. They probably buy new monitors more than me so they want to save a few bucks.

Go with what your fav one is that fits the budget. We can claim some are better than others all day, and in the end, most are so close it really doesn't matter. Just be sure to get a 1440p IPS 100+ Hz

Go on Amazon and read the recent reviews. All point to the same issue with scan lines. Google the scan line issue too. LG customer service is terrible across the entire range of products.

Your choice is your choice. I'm just trying to educate potential buyers of the reasoning behind my decision.

To me, Dell looks more premium, has a much better warranty, and quite frankly, I prefer the HW adaptice sync in GSYNC much more than Freesync, but everyone is different on that depending on their own situation.

Edit: The Dell at full MSRP is overpriced, no doubt about that. One thing I forgot to include as to why Dell normally clocks in slightly higher than the competition as well is that they properly calibrate the colors on every monitor before it ships. So out of the box, it looks better than the same LG. Now, nothing is to stop that LG owner to calibrate their own if they know how and have the tools, but hey, most of us want to throw it on the desk and only tweak a few things. That doesn't mean it should be $1,500 but hey, it is something.