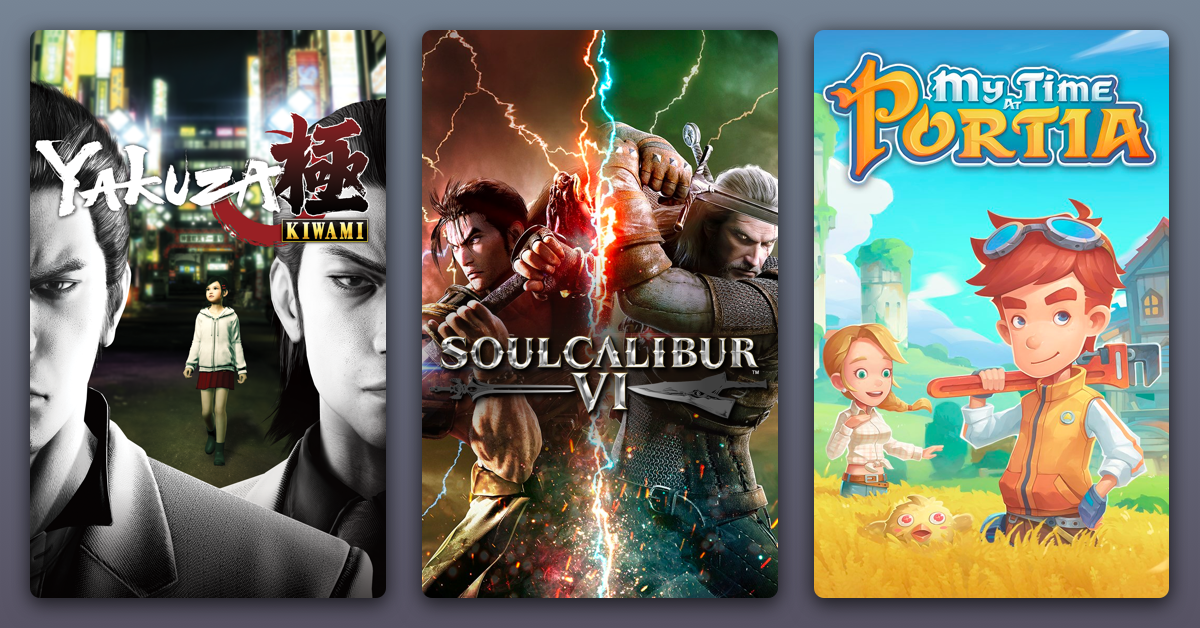 egads posted this deal. Say thanks!
Add Comment
Reply
Created 11-02-2019 at 01:17 AM by egads
in Computer & PC (2) Get Humble Bundle Coupons
If you purchase something through a post on our site, Slickdeals may get a small share of the sale.
Deal
Score +12
3,243 Views
$12.00
See Deal
Want more deals like this? Create a deal alert for Computer & PC.
Add Deal Alert for Computer & PC

11-04-2019 at 08:51 AM #3
My Time At Portia is kind of a mix between Harvest Moon and Animal Crossing. Soul Calibur 6 has a really large story / adventure mode for those wanting to play offline.
Reply Helpful Comment? 2 0
This comment has been rated as unhelpful by Slickdeals users
Joined Aug 2016
The great and mighty.
127 Posts
38 Reputation
Our community has rated this post as helpful. If you agree, why not thank ?
11-05-2019 at 07:52 AM #4
I've done consoles all my life. I'm old enough that my first was the Atari 2600. I've loved video games since I was a child begging other people to play against me on Combat, which they wouldn't because I smoked them at a young age. When the NES came out I got new challengers for a while, but at least among family, I was king. I got some challengers around the neighborhood as I got older, and I may not have been the best, but I was top 10%.

I kept buying consoles as time went on, usually not as they came out, but after they had been out a while.

My career is a technical one - I count myself as an advanced generalist meaning if you put me in front of it, I can probably work on it, and I can engineer quite a bit as well. Computers and otherwise.

Steam and the Humble Bundle has got to be the most effective way to build up a game library. I've spent quite a bit on bundles over the years, I've slowed down the past couple for reasons I won't get into here, but I've dumped money into it.

Steam is the console killer. Once you truly adopt it there's no reason to go back to consoles.

Backwards compatibility is rarely an issue. I've bought games on Steam that I originally bought on CD in 1996 and those games played as well as they did in 1996, in fact often better because they patch the Steam versions where I was on my own with the old disk. (I did experiment with the old disk and I got some of those old games working on modern Macs using DOSbox)

I don't have to make more space for additional consoles or give up something older when something newer comes out, though I may have to upgrade a video card. If I do decide to completely replace my system to go "next gen" I still have my old library.

I can use whatever controller configuration I like. I tend to stick with Playstation style controllers since they're based on SNES controllers and as I've already pointed out I'm old. The Logitech F310 and F710 are top choice.

The Humble Bundle has gotten me well over 1,000 games. Some are diamonds in the rough, some are known good, and sure some are crap. Never the less, the library is huge, the kids have no shortage of games to chose from in my library, and in the case of the smaller kids the fact many of the games, especially the most relevant for kids have "DRM Free" versions, I can download them and install them directly on a system - that I have setup with Attract Mode as the front end - and I don't have to worry about online connections or Steam updates.

The monthly bundles, though I share Merklynn's concern about "everyone want to get you paying monthly" are the ones with the AAA titles. I've been on monthly before, then not, then again. I have to say I care more about the indies, but if you like AAA you usually benefit from the Monthly one. I got back on it for a quarter specifically so I could get Spyro and Crash Bandicoot for the kids, and my four year old is loving Spyro.

I'm going to say it - financially, and for other reasons, ditching consoles and going Steam/Humble Bundle makes an incredible amount of sense. I can even build a reasonable gaming rig cheaper than I can buy a modern console. If you want to go over the top I admit, the best modern Nvidia card costs more than a console, but think in terms of reason, or of the fact you can still use it as a desktop after it's built. Games wise there's no doubt which way you win financially.