Note all of the 15" OLED laptops in 2019 are using the same panel -- so the Aero allows you to get a 4k OLED at a far lower price point than the Razer Blade or the XPS 15 or the Zenbook Duo.

Can purchase through Amazon via Excaliberpc as well; but is covered by Amazon a-to-z guarantee either way. Note they charge a 15% restocking fee if you end up returning.

Motherboard isn't a flipped style - so very easy to upgrade RAM and M.2 SSDs yourself. 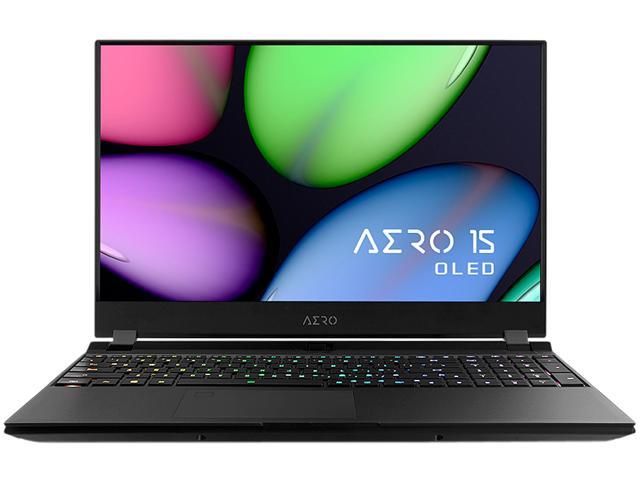 SensiblePen9219 posted this deal. Say thanks!
Add Comment
Reply
in Laptops (3)
If you purchase something through a post on our site, Slickdeals may get a small share of the sale.

The lower grades routinely have lower uniformity, or splotches (Mura).

The Pantone certification is worthless, just as ALL factory precalibration.

Calibrated settings are only valid for 1 exact brightness, for example 50% or 75%, whatever the setting was when they calibrated it, it's NOT dynamic, so if you turn up the brightness, all the colors are wrong.

Calibrated settings also drift, this is especially the case with NEW-Panels, as they drift alot during the first 200-500 hours. After which , the precalibration is just plain wrong.

That's problematic for laptops and especially OLEDs, because the Deltas are HUGE between different brightnesses due to very non-linear effect of ABL.

As for doing photoshop on this, mmm.. for casual it's fine. Not a good idea for web and print, because oled introduces alot of uncertainty and color instability (ABL). I don't know why they advertise photoshop, i guess it's to up-market their worthless pantone certification.

I'm not saying don't buy this laptop, but do check the panel when you get it, you're looking for dirty screen effect on dark grey / dark green backgrounds. Dark as in Near black.

For anyone intending to attempt photoshop/work on a P3 space Panel , you're gonna need firefox to check final colors, because only firefox is the only one with (reasonably accurate) color management. Chrome is not color aware.

https://imgur.com/a/GhMcR1x
Reply Helpful Comment? 0 0
This comment has been rated as unhelpful by Slickdeals users
Joined Dec 2019
New User
2 Posts
10 Reputation
12-09-2019 at 02:36 PM #7
Are you refering to this problem? I'm about to return my Gigabyte Aero 15 Oled due to this, is this normal or I have a bad Oled display, look at this images and tell me if this is normal: