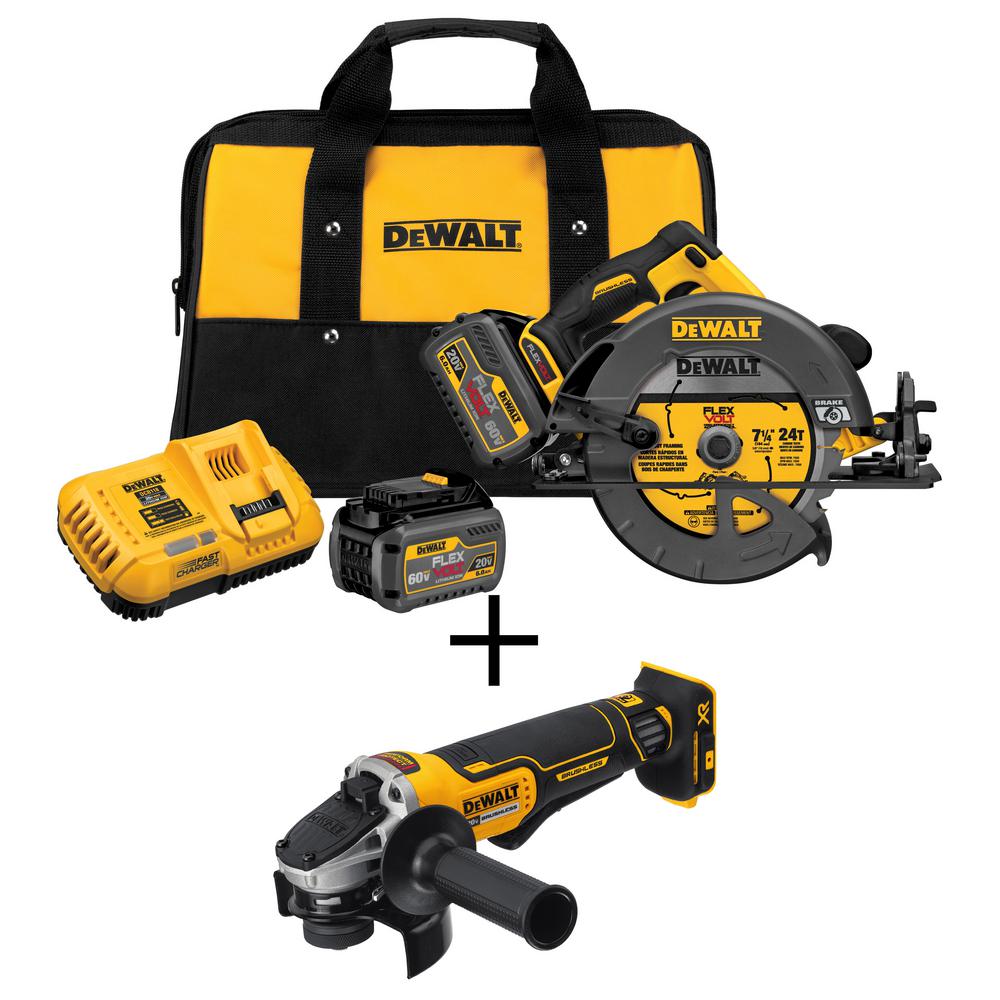 tunabreath posted this deal. Say thanks!

Add Comment
Reply
in Saws & Chainsaws (5) Get Home Depot Coupons
If you purchase something through a post on our site, Slickdeals may get a small share of the sale.

This comment has been rated as unhelpful by Slickdeals users
Joined Nov 2012
L2: Beginner
35 Posts
14 Reputation
11-16-2019 at 06:31 PM #16
Exactly, that is more important to me than sight line on the blade. For right-handers this saw is ideal if you hold your work piece with your left hand. With a larger flexvolt battery this saw has some weight, so having that motor on the part of the wood you are keeping will help keep the blade plumb since the saw isn't hanging out over the edge you are cutting off
Reply Helpful Comment? 1 1
This comment has been rated as unhelpful by Slickdeals users
Joined Mar 2016
L2: Beginner
429 Posts
184 Reputation
Our community has rated this post as helpful. If you agree, why not thank ?
11-16-2019 at 06:46 PM #17
Dewalt recently announced there is an enhanced version of this exact saw, grinder, and reciprocating saw coming in spring 2020 so expect there to be some nice deals on these still very good tools with newer models coming soon

11-16-2019 at 11:35 PM #21
Sanding disks on an angle grinder? That must get the job done quick. Have to imagine it's not wood you're sanding
Reply Helpful Comment? 0 0
This comment has been rated as unhelpful by Slickdeals users
Joined Sep 2017
L2: Beginner
77 Posts
18 Reputation
Our community has rated this post as helpful. If you agree, why not thank ?
11-17-2019 at 12:14 AM #22
Use the flap discs next time to cope the joints in your base and crown. Does a beautiful job no matter the material.
Reply Helpful Comment? 4 0

And for reference, my saw was purchased May 2017, so if it was a bad batch issue, it'd probably have been fixed long ago. The saw itself was amazing to use before the issues showed up. I've since ended up getting a track saw for when I need actually straight cuts, but I still use the Dewalt for rough work even with the misaligned shoe. I paid ~$200 for saw and the 2 batteries back then. So it is kind of strange that the price seems like it's been going up.

LOL how is that trolling. I'm correcting some information given about the product. Some people don't care but others prefer right or left so its an important detail.
Reply Helpful Comment? 1 2
This comment has been rated as unhelpful by Slickdeals users
Joined Nov 2016
L5: Journeyman
541 Posts
38 Reputation
11-17-2019 at 04:10 PM #29
He is not trolling. The picture is of a "right handed" circular saw and if you check dewalt's website, they don't even make a left handed flexvolt 60volt version. They do have a worm drive style that is left handed but that is not one of the ones in this deal. So all the people that buy this and are upset because they get a right handed saw should be mad at you?
Reply Helpful Comment? 0 2