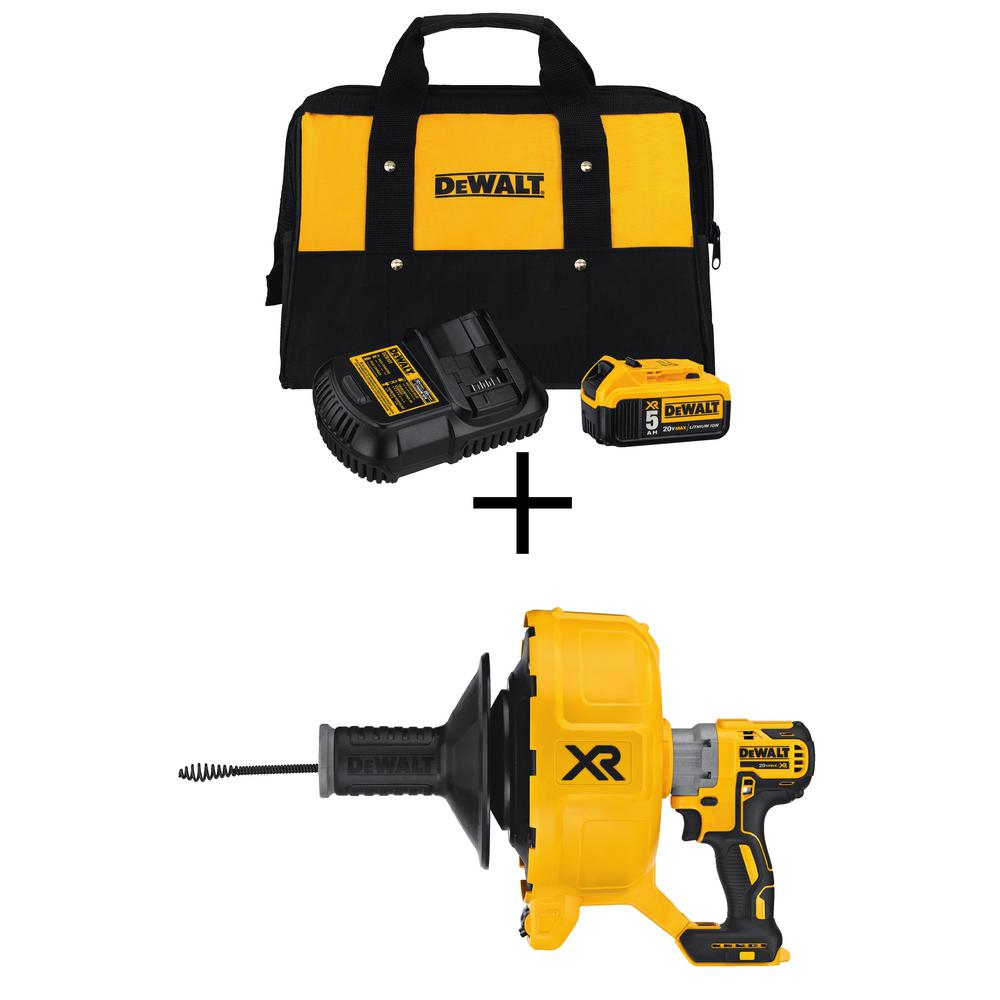 CharlesSoden posted this deal. Say thanks!
Add Comment
Reply
Created 11-17-2019 at 11:33 AM by CharlesSoden
in Tool Sets (5) Get Home Depot Coupons
If you purchase something through a post on our site, Slickdeals may get a small share of the sale.
Deal
Score +8
5,897 Views
$199.00
See Deal
Want more deals like this? Create a deal alert for Tool Sets.
Add Deal Alert for Tool Sets

11-18-2019 at 09:22 AM #13
The cheap Harbor Freight version doesn't include a drill (plus battery and charger) to power it, so right there justifies a large difference in price. And adding a drill to the HF version makes it quite long and cumbersome, which is much more difficult to use than an all-in-one option like the DeWalt.

Then there's the fixed cone of the DeWalt, making it even easier to use in tight spaces and saves any nearby surfaces from being damaged by a spinning drum.

And finally, the cable in the HF isn't even 1/4" in diameter, while the DeWalt comes with 5/16" cable but is upgradeable to 3/8". Cable size not only increases the amount of crud busting power, but a larger cable is much less likely to kink and/or get tangled up in the drain.

If you do want to cheap out on the HF one, because the cable it has is so tiny I strongly urge you to not hook a drill up to it. Spinning that small cable too fast and with too much torque can all too easily wind up with a tangle or broken cable down the line which you will then have to hire a plumber to remove.

Reply Helpful Comment? 1 0
This comment has been rated as unhelpful by Slickdeals users
Joined Aug 2010
L10: Grand Master
11,376 Posts
2,399 Reputation
11-18-2019 at 10:36 AM #15
I highly doubt a shit-unclogger would be the very first power tool someone ever buys. Odds are, people already own a drill, making a add-on drill attachment a more financially intelligent purchase. An extra drill attached to it, does not justify the price in any way at all.

If the $15 HF one scares you that bad, get the $40 Husky one. Either way still much cheaper than this option.
Reply Helpful Comment? 0 4
Page 1 of 2
1 2
Join the Conversation
Add a Comment

Save $159 on Tineco's Flagship Pure One S12 Cordless Vacuum