The beauty of this deal is that I needed one (or two) new batteries. 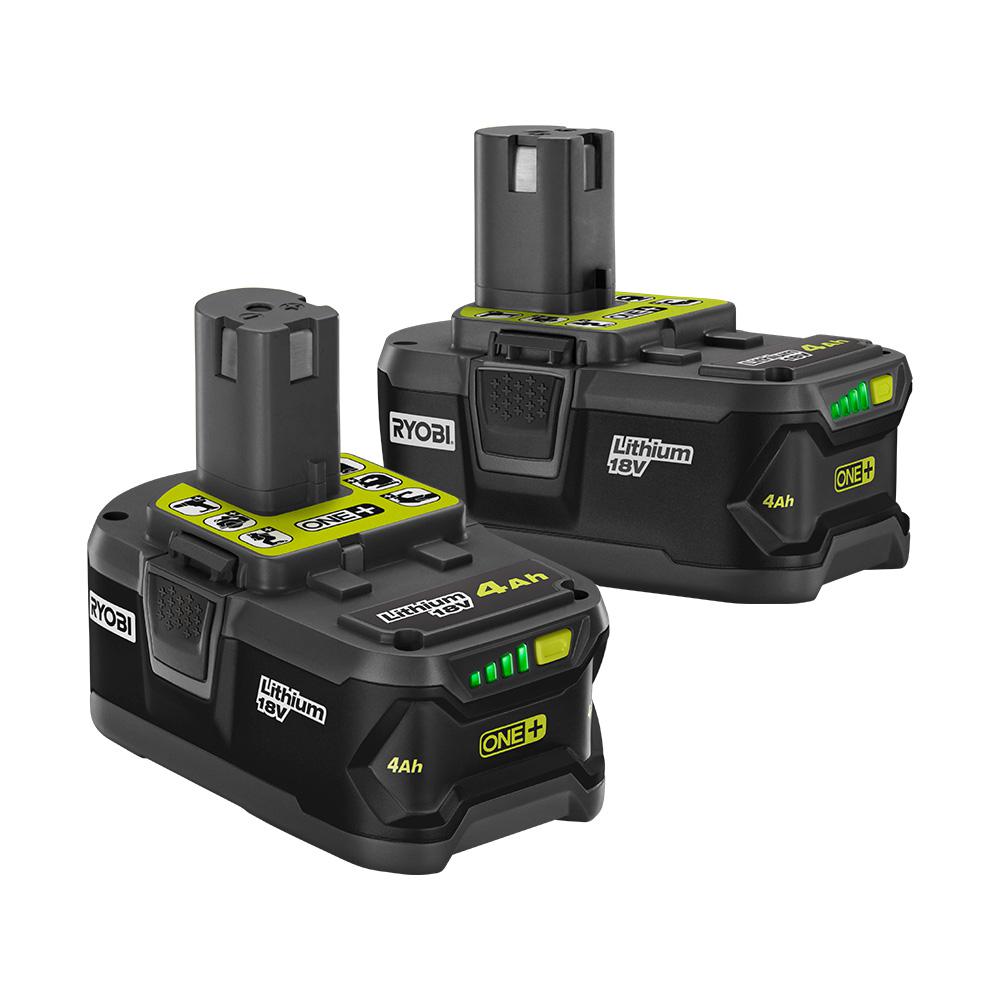 thefortunes posted this deal. Say thanks!
Add Comment
Reply
Created 11-21-2019 at 06:41 AM by thefortunes
in Tools (6) Get Home Depot Coupons
If you purchase something through a post on our site, Slickdeals may get a small share of the sale.
Deal
Score +126
53,077 Views
$49.00
See Deal
Want more deals like this? Create a deal alert for Tools.
Add Deal Alert for Tools

1. Most of that flyer is just marketing BS to exaggerate the benefits of a typical battery lineup upgrade. Ex, there's no difference in runtime between Lithium and Lithium+ except as determined by the AH rating. The performance difference comes down to the drain-amps rating of the cells used, and there's a lot of overlap here between the two product lines. Batteries should ideally be clearly advertised with both AH (capacity) and Amp (power) ratings, but power tool makers prefer to use ambiguous marketing terms like plus, CP, XR, etc. to keep customers hooked on upgrades while remaining clueless about what they're actually getting. The only consistent differences between Lithium and Lithium+ are that Lithium+ added sturdier casing, a fuel gauge, and had higher capacity options.

2. The black 4AH batteries were the last non-HP batteries to be released, AFTER the Lithium+ lineup. They were first seen when Ryobi launched their impact wrench, which is one of the most (probably THE most) power-hungry tools in their line-up. The wrench was rated at 300ft-lbs, and it's my belief that Ryobi couldn't advertise that rating without also making these batteries available that included 30A high-drain cells. I learnt about this on a forum where someone took one apart, and a look at the cell model number in the SDS confirmed that these used the most premium cells available. They are even better than the cells in the 3AH HP batteries.

Ryobi never marketed these batteries (which were initially only available in bundled form), presumably to prevent them from cannibalising their Lithium+ line-up. But you can clearly see that they don't fit anywhere in that marketing flyer. They're black in color, but their casing is identical to Lithium+ batteries, and they do have a fuel gauge.

Add both to the cart and you will see the discounted pricing.

Then you can do one of multiple methods described above (return or cancel the kit; order the kit to a different pickup location - and don't).
Reply Helpful Comment? 0 0

That also make sense of why they aren't selling the grey (Lithium+) 4ah batteries on their website anymore.
Reply Helpful Comment? 1 0
This comment has been rated as unhelpful by Slickdeals users
Joined Aug 2011
Borderline Gadget Freak
931 Posts
492 Reputation
11-21-2019 at 11:22 AM #73
More cluelessness abound. The 4AH blacks have cells rated for 500 cycles while the 4AH non-HP greys have cells rated for 250 cycles. So these have TWICE the lifespan.

Yes, it's true that there were instances in the past when you could get these 2-pack for $50. That's when I stocked up. But those were fleeting deals, and $60 for a 2-pack is still a great deal.
Reply Helpful Comment? 1 0
This comment has been rated as unhelpful by Slickdeals users
Joined Aug 2011
L3: Novice
176 Posts
207 Reputation
Our community has rated this post as helpful. If you agree, why not thank ?
11-21-2019 at 11:28 AM #74
I won't feed the troll, but I will educate against this idiocy. The P108 is a 4Ah Lithium+. Read the Q&A on the page for these in the OP. One of the questions was what is different vs the P108. Ryobi themselves say the only difference is the color.

HOWEVER, if you do some research and find the articles from the true tool geeks out there, you'll learn that the cells are identical to the HP series batteries (The newest ones, not old tech as the troll suggests). This means they are, in all actuality, BETTER than the P108 batteries, but not as good as the HP series.

This guy got the details right, but to learn more you have to find teardowns:
https://slickdeals.net/forums/showpost.php?p=129857929&postcount=58

Icemanrc, please stop trying to spread bad information unless you have some factual data to support it. Thanks
Reply Helpful Comment? 5 0