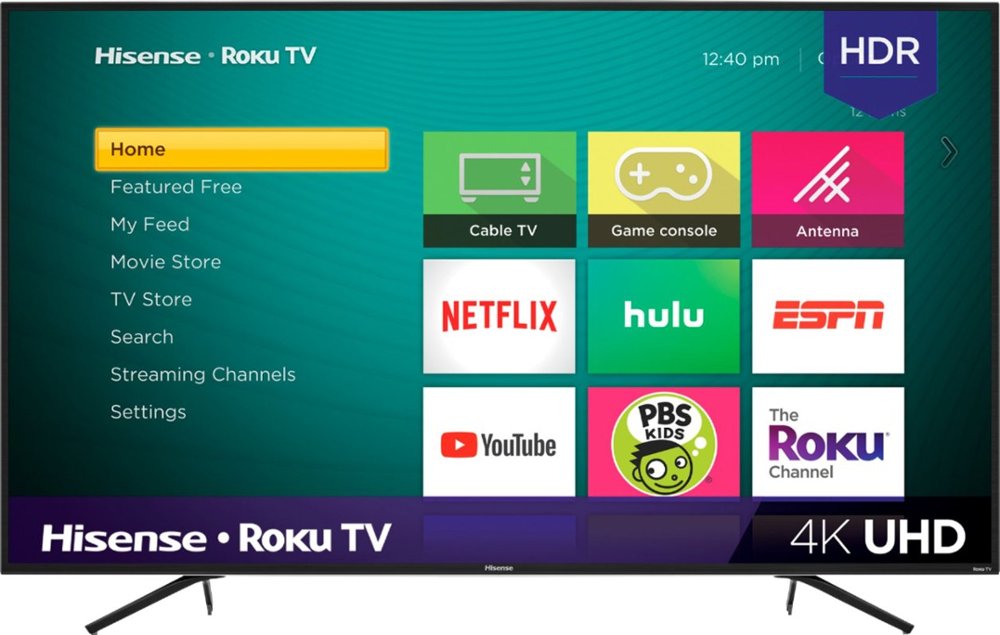 Dealhunter30 posted this deal. Say thanks!

One thing I noticed was the Hisense didn't support Bluetooth, while the LG did. So if you want to live in the modern era, that might be important.

with that said, i personally won't go that route as it would void my $30 amex offer so it'd really be a $20 difference, which simply isn't worth the hassle of an in person return and rebuy.
Reply Helpful Comment? 0 0
This comment has been rated as unhelpful by Slickdeals users
Joined Dec 2005
L3: Novice
166 Posts
22 Reputation
11-27-2019 at 09:46 AM #52
i have this model for about 7 months, so far so good. Very responsive and good color. Sound is not very good but i think all TV nowadays is the same. Price is right for this model now.
Reply Helpful Comment? 1 0

And the budget samsungs arent even made by samsung but probably hisense.

The budget Sonys and LGs are all complete ass compared to hisense as well and you're using a site review that has no credibility as far as TV reviews go. Unfortunately hisense has weird models and it makes finding a review difficult. I own a h8c from 2016 and the TV is still working with no problems and its specs are better than the 75" ru7100 I just got from bestbuy.

The Future is 4K: Here are The Best Television Deals of the Week

Moving From Good to Great: Apple's AirPods Pro Deliver in Ways Normal AirPods Never Could
Copy Code & Open Site More Deals from
Did this coupon
work for you?
Copy
Link Copied to Clipboard