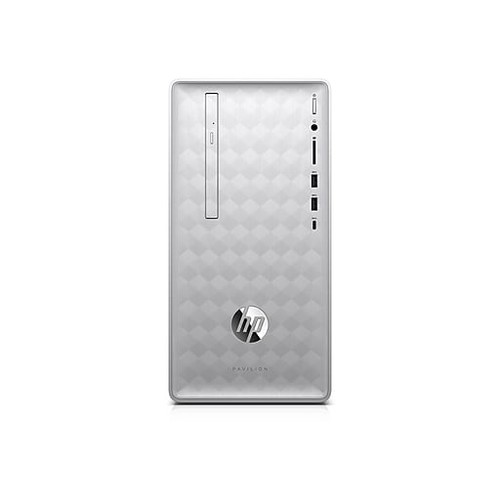 
Add Comment
Reply
in Desktop Computers (5) Get Staples Coupons
If you purchase something through a post on our site, Slickdeals may get a small share of the sale.

I ordered online a couple of days ago, today I received the following email, too bad seemed like a decent machine once an SSD is put in it:

We're very sorry, but item 24330670 was no longer in stock when we were processing your Staples order number XXXXXXXX.

We value every order we receive and apologize with the utmost sincerity for any inconvenience this may have caused. We have not billed you for this item.
If you have any questions regarding your order or if we can help you find another product that suits your needs, please contact us. You can choose to email us or chat with a live customer service representative. Please reference your order number, and we will be happy to assist you.
Thank you for choosing Staples.
Staples® Customer Service
Reply Helpful Comment? 0 0
Last edited by Zeric December 3, 2019 at 10:49 AM. Reason: update
This comment has been rated as unhelpful by Slickdeals users
Joined Nov 2017
L3: Novice
120 Posts
28 Reputation
12-03-2019 at 11:12 AM #52
It has an unpopulated M.2 SSD (type 2280) slot, not the newer NVMe slot, but at least it has that. The p0066 does not come with 128gb drive, it has one drive, a 1TB hard disk. All the spec are on the HP website.
Reply Helpful Comment? 0 0

I noticed a slight rattle when carrying the box and didn't think too much of it. When I unboxed and picked up the computer itself, I heard a loud clunk. Not good. I immediately opened the case and found the large CPU heat sink/fan assembly unattached and rolling around inside (WTF! I've never seen this and have had my hands inside at least 100 systems over the years). Normally I would have returned it immediately, but there was no chance of finding another unit. I removed the CD/HDD assembly, cleaned up the thermal paste that had spread around the MB, visually checked for any damage such as bent caps etc, re-attached the heat sink, put everything back together and powered it up. Booted without issue. I then ran a 24 memory test and a multi hour CPU stress test while monitoring core temps...no issues. ​I'll do more testing before the return window expires, but it seems fine so far.

I don't know which I'm more surprised at, that someone failed to screw down the heat sink properly (a major assembly defect) or that after having the heat sink roll around on top of the motherboard that the thing still seems to work.

Thinking this is not a new unit.

Anybody else have anything weird go on?
Reply Helpful Comment? 0 0
This comment has been rated as unhelpful by Slickdeals users
Joined Dec 2019
New User
10 Posts
14 Reputation
12-07-2019 at 05:41 PM #58
You can get a rough idea of when your unit was manufactured based on the HP serial number. First 3 give info about where the unit was made (e.g. 2M0 implies Mexico - first 2 letters - plant location 0. Next 3 are the year and week in the year (e.g. 914 is 2019 week 14 - first week of April). The remaining digits can be a sequence number and/or options the unit has.

I think what HP does if a unit hasn't been registered after some time, they start the warranty clock with the assumption that the user didn't bother to register the unit. However, if you purchase the unit after the clock has started, once you register it, the clock should get reset.
Reply Helpful Comment? 0 0
This comment has been rated as unhelpful by Slickdeals users
Joined Oct 2004
L4: Apprentice
411 Posts
58 Reputation
12-08-2019 at 08:29 AM #59
Thanks for the details. I'm looking at 920 as the year/week so that doesn't quite line up. Looks like I have a chat ahead of me.
Reply Helpful Comment? 0 0

This comment has been rated as unhelpful by Slickdeals users
Joined Dec 2019
New User
10 Posts
14 Reputation
12-09-2019 at 01:30 PM #60
A bit more info for you. I got one of these on Black Friday (actually got the p0036, but essentially the same as far as this issue goes). The warranty on the HP site before I powered the unit on (checked it with the serial number using another computer) showed the warranty starting last June and so had about 6 months left. Yesterday I unpacked and powered on the unit - this sets a permanent Born on Date in the BIOS which you can see and it was set to 12/8/2019. During the startup it connected to HP.

chase offer $20 back on your Staples purchase, when you spend $100 or more!