Best Buy has Blu-ray Movies on sale below. Shipping is free, alternatively, store pickup is free. Thanks Discombobulated 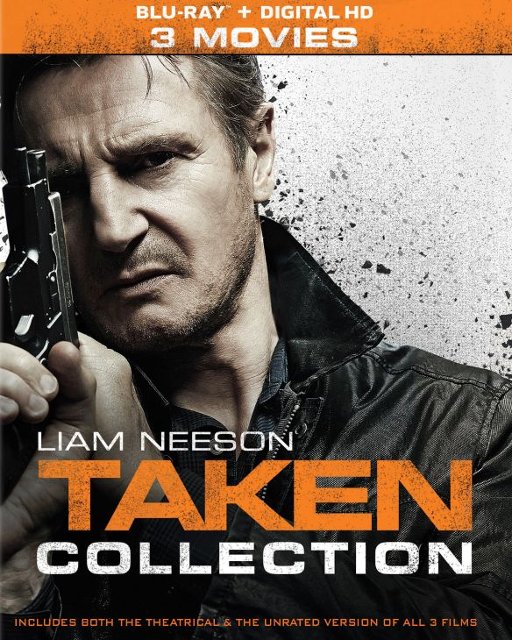 Note, availability for in-store pickup may vary. Shipping is free.

Add Comment
Reply
in Blu-ray (8) Get Best Buy Coupons
If you purchase something through a post on our site, Slickdeals may get a small share of the sale.

I'm sure there had to be some great storytelling for Doctor Who to have survived so many decades. When the Old Series ended, a big reason, besides the fact the newer Doctors didn't connect with the audience as strongly as Tom Baker did, had to be the lack of strong special effects.

When the New Series started, the first few episodes with Eccleston didn't exactly hook me but getting used to the new Doctor and Rose and other characters took a bit of time but having much improved special effects helped keep me watching. As my knowledge of the old series was so limited, I knew nothing about regeneration and just when I got used to Eccleston, he was gone to be replaced by a new guy. Is this new Doctor going to be as good? Is it normal to feel a mix of sadness, apprehension a tinge of anger for the old one leaving? Well, the new guy, David Tennant hit it out of the park as far as I'm concerned as I was hooked as episode after episode then season after season got better.

I know so much of the New Series is based much on the Old Series but the Tennant seasons was the best of TV sci-fi for me because both the stories and the special effects made it that incredible for me and I haven't seen anything close since although Matt Smith was pretty good but stopped watching soon after. I'll check out some of the Old Series but being a special effects snob, I wonder if I will be nearly as absorbed in the show.


Nintendo has a mascot of a low intelligence Italian plumber from Brooklyn with a bad accent. So please spare me the drama.


It's only certain people who can't take a joke
Reply Helpful Comment? 0 0
This comment has been rated as unhelpful by Slickdeals users
Joined May 2005
You know you are
2,539 Posts
313 Reputation
12-03-2019 at 07:00 PM #36
Well, you admit to a bias, and I appreciate the honesty. For me, the bias is to the story and the writing as being more important than how well the special effects were carried off. I watched Doctor Who as I watch Star Trek or, especially, Twilight Zone, which had their own fair share of gaffs that had to be overlooked. It just becomes easier to do so, especially with the B&W era, as you watch for the stories, and sometimes the acting prowess despite the constraints of budget. A great case study is the dicotomy of Terror Of The Zygons aka Doctor Who & The Loch Ness Monster which is one of T. Baker's best. A great well developed adversary, expertly portrayed, yet also featuring one of, if not THE, most ridiculed special effects sequences in the franchise (in the last episode, no less). Still, even with that, it's incredible fun.

What makes the past era even easier to watch, is that the "new" series is actually not a new one, but an official continuation of the old rather than a reboot (although the BBC did start a new series count rather than go by calling this coming one season 38 - which I feel is a shame). That fact makes it harder to divide it and "other" it in light of what's on now. Pro or con, it's tied to it and I love that it brings in the young to see how the character they love began as a wizened old man with a cane. Call it a reverse Yoda.

Speaking of which, Star Wars is a different kettle of fish altogether. It's not true science fiction, but a sword and sorcery or biblical epic in serialized Ewok's clothing. I love it for what it is, but it's so far removed (literally - in scrolling text even!) that you can't equate it to actual reality in how other franchises try to base or start themselves off in. As such, I never throw it in the mix when talking of Star Trek, Doctor Who etc as it's pretty much in a genre by itself that way.

Anyhow, I envy your rediscovery. An Unearthly Child, should you start there, is a milestone in television history.
Reply Helpful Comment? 0 0
This comment has been rated as unhelpful by Slickdeals users
Joined Aug 2011
L3: Novice
213 Posts
54 Reputation
12-03-2019 at 09:30 PM #37
Already own Taken 1 and 2, but not on digital. The price is so good I'm going to double dip on this collection and own all 3 on digital
Reply Helpful Comment? 0 0

This comment has been rated as unhelpful by Slickdeals users
Joined Mar 2012
L6: Expert
1,143 Posts
52 Reputation
12-03-2019 at 09:37 PM #38
The period of the late 70s into the 80s was a fantastic time to grow up in if you were a kid interested in sci-fi and fantasy, comic books and videogames like I was. It's true like you said that what we take as new today had its start in that time period including Doctor Who who has a whole history before I started even watching the New Series. I truly believe the best films of that genre came from that time period and no matter how many new Star Wars, Star Trek, Terminator, etc movie they put out nowadays, they don't compare to the originals that I grew up with. Similarly, I can preach to young kids today that all the stories in those Marvel and DC superhero movies they watch now were taken from the pages of comic books I read as a teenager or how amazing it was when videogames first came into existence. Young people never seem to care about the history of things or how it was in the olden days that brought about what we have now and, sad to say, I was one of them. Everything had to be new and flashy or I wanted nothing to do with it.

Back then, as a teenager, I probably wouldn't have given a show whose main character was played, in most part, by old men a chance. I had that bias too until only recently as I'm getting old myself but refusing to believe it. I've started watching a few of the Peter Capaldi episodes and he's a pretty good actor but some of the newer stories don't do him justice. Even with all the negativity with Jodie Whitaker that I hear has to do with the storyline being too preachy, I will one day catch those seasons too but I'll try to find some of those old B&W classic episodes you mentioned first and see what good storytelling is. If they're truly better than the best David Tennant episodes, I really have to catch them.
Reply Helpful Comment? 0 0
Last edited by consoleman December 4, 2019 at 12:30 PM.
This comment has been rated as unhelpful by Slickdeals users
Joined Oct 2007
L3: Novice
307 Posts
143 Reputation
Pro

Literally Everyone Should Own a 3D Shrek Blu-Ray, Here's Why

Relive the Glory Days of MTV With the New (Free) Roku Vevo App
Copy Code & Open Site More Deals from
Did this coupon
work for you?
Copy
Link Copied to Clipboard