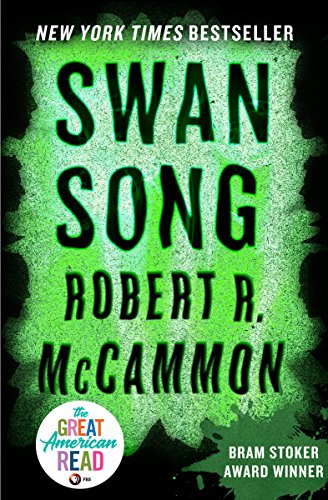 powerfuldoppler posted this deal. Say thanks!

Add Comment
Reply
in eBooks (6) Get Amazon Coupons
If you purchase something through a post on our site, Slickdeals may get a small share of the sale.

IMHO Swan Song, along with The Stand, are the top two post-apocalyptic books ever.
10 Helpful?
Free for prime
5 Helpful?

So the pluses: It's a fun book and an easy read.

The minuses: One of the character arcs is annoying. It starts out less annoying but kind of gets more annoying as the book goes on, though the other story arcs get more interesting.

Also parts of it get really cheesy and corny, but I chalk that up to this being one of McCammon's earlier books. All in all I quite enjoyed this book and I'd recommend it, but I also wouldn't expect it to be a work of literary art. I much preferred The Wolf's Hour by the same author. Which plot wise is super goofy, but it was one heck of a read.

Do Chase's New Lyft and DoorDash Benefits Also Apply to Authorized Users?
Copy Code & Open Site More Deals from
Did this coupon
work for you?
Copy
Link Copied to Clipboard