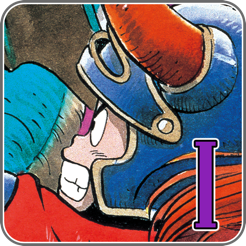 longmanj9 posted this deal. Say thanks!


iOS App:
Add Comment
Reply
in Video Games (5) Get Google Play Coupons
If you purchase something through a post on our site, Slickdeals may get a small share of the sale.

Start with 8, then go to 11, if you really, really like the stories I'd recommend the rest but do yourself a favor and start with the modern ones first.
10 Helpful?
where's 7? man i got pretty far into that game on my psp back in the day but I never finished it because a hoe broke up with me 😥
8 Helpful?
Ancient Slickdeal - in 1987 or 88 I subscribed to Nintendo Power for a free Dragon Warrior cartridge. I loved it.
7 Helpful?

But again, you're talking about one of the legendary Japanese retro RPG games ever made. If you're into RPGs, I'm sure you'd appreciate them all.
Reply Helpful Comment? 6 1
This comment has been rated as unhelpful by Slickdeals users
Joined Aug 2017
New User
12 Posts
18 Reputation
12-26-2019 at 12:52 AM #6
The first 3 connect to the newest release, XI, they're also fairly short, especially the first one. I believe the mobile versions are the definitive experience for these first 3. So I recommend starting with them, they're old, but still fun, even better on mobile imo.

I don't recommend VIII on mobile, PS2 version is the definitive version of that one (there's also a 3DS version that's not quite as good). I imagine Square-Enix will bring VIII to the Nintendo Switch at some point (at least I hope so).

Just to throw in my opinion, I think everyone recommending to start with 1 are crazy. DQ1 is an awful game by today's standards. I like DQ a lot. I even suffered through 7 (it's a crazy slog, fight me). DQ1 is archaic as hell. DQ2 is just a bad game. I think the remake fixed some of the bs, but it's still not a good game. I think, as historical curiosities, they're neat. I'm glad they're available on modern devices. But they've aged terribly. Just read a wiki or watch a let's play or something. Don't suffer through them.

Out of this bunch, I'd probably start with 3 or 4. 3 is cool because you get to make your own team. 4 has a great story, and you can jump on 5 and 6 if you enjoy it. I'd go back to 1 and 2 if you really like the series and just want to see where it starts. And I'd only play 8 on mobile if you don't have another option.

11 is awesome, and I'd highly recommend it at any point. It would be a fantastic start, if you're not locked into mobile. 7 is kind of the odd man out. It's probably the best game I wouldn't recommend anyone ever play. It's so damn long and slow. It's really hard to recommend, but it's also good. Play it if you have a spare hundred hours to meander around an RPG that revels in the grind. If you're not into grind or you like big overarching plots, avoid it at all costs. It's not that kind of game.
Reply Helpful Comment? 3 2
Page 1 of 4
1 2 3 4
Join the Conversation
Add a Comment
Deal Alerts