JomaShop has Seiko Automatic Diver Men's Watch (Blue Dial/Pepsi Bezel, SKX009J1) on sale for $259 when you apply code SK20 in cart or 'clip' coupon on the product page. Shipping is free. Thanks tegeek6 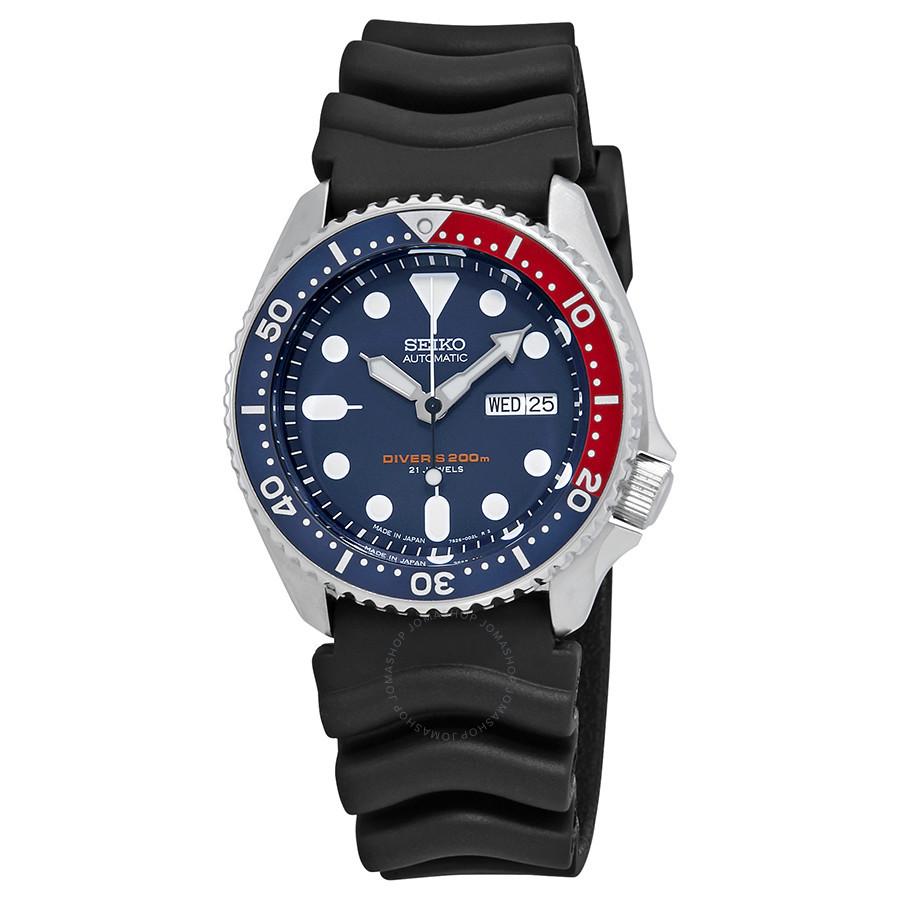 tegeek6 posted this deal. Say thanks!

Add Comment
Reply
in Men's Watches (11) Get JomaShop Coupons
If you purchase something through a post on our site, Slickdeals may get a small share of the sale.

This comment has been rated as unhelpful by Slickdeals users
Joined Nov 2008
L3: Novice
148 Posts
10 Reputation
01-10-2020 at 06:59 PM #68
The prices have increased because the SKX line has been discontinued. They will only keep going up due to price gouging and availability being limited to new-old stock.

Good luck finding a brand new 007J at this price point again.
Reply Helpful Comment? 3 0
This comment has been rated as unhelpful by Slickdeals users
Joined Oct 2004
L2: Beginner
91 Posts
28 Reputation
01-10-2020 at 07:08 PM #69
The /r/Watches sub is good. "Just About Watches" is a very friendly and great group on Facebook filled with generally very positive and knowledgeable people who love to discuss watches at every price point.

People get mad a Joma because they instantly rip all the tags off the watch, wear it for a week. Meanwhile they cant be bothered to read the return policy. Truth hurts.
Reply Helpful Comment? 4 1
Last edited by Blitzmob January 10, 2020 at 07:47 PM.
This comment has been rated as unhelpful by Slickdeals users
Joined Nov 2008
L3: Novice
148 Posts
10 Reputation
Our community has rated this post as helpful. If you agree, why not thank ?
01-10-2020 at 07:36 PM #73
A few years ago Taao bought a pair of Ray-ban sunglasses from Joma. He was mad and believed they were fake because "made in China" was printed on them.

What Taao doesn't realize is when Luxottica started manufacturing Ray-Bans in 1999, they were made in Italy. Throughout the years, Luxottica has grown and opened factories outside its native country and now manufacturers in China.

Joma wanted Taao to pay the return shipping fee. And keep in mind the return was in no way due to a damaged or defective product. Taao felt this was unfair and is now on an unending one man war against Jomashop.
Reply Helpful Comment? 5 0
This comment has been rated as unhelpful by Slickdeals users
Joined Dec 2015
L4: Apprentice
461 Posts
67 Reputation
01-10-2020 at 07:49 PM #74
Or people receive items that are described incorrectly on their site and have to pay shipping twice to return. They have garbage customer service.
Reply Helpful Comment? 0 2

This comment has been rated as unhelpful by Slickdeals users
Joined May 2013
L1: Learner
10 Posts
39 Reputation
01-10-2020 at 08:08 PM #75
The SKX009 is a fine watch, but IMO you're much better off getting a Turtle (Seiko SRP line) for a similar price or even ponying up a bit more. Better movement (that hacks and handwinds), much better bracelet, still 200m WR with a screw down crown, IMO better looking. And don't be scared off by the 45mm size, it wears like a 42-43mm due to the cushion style case. They're easily found for this price on eBay and were under $300 on Amazon around Christmas.
Reply Helpful Comment? 1 1
Page 5 of 11
3 4 5 6 7
Join the Conversation
Add a Comment
Deal Alerts

GoBros Sale Offers up to 25% Off High-Quality Socks