Middle-Earth: Shadow of War Definitive Edition (PS4 or Xbox One) 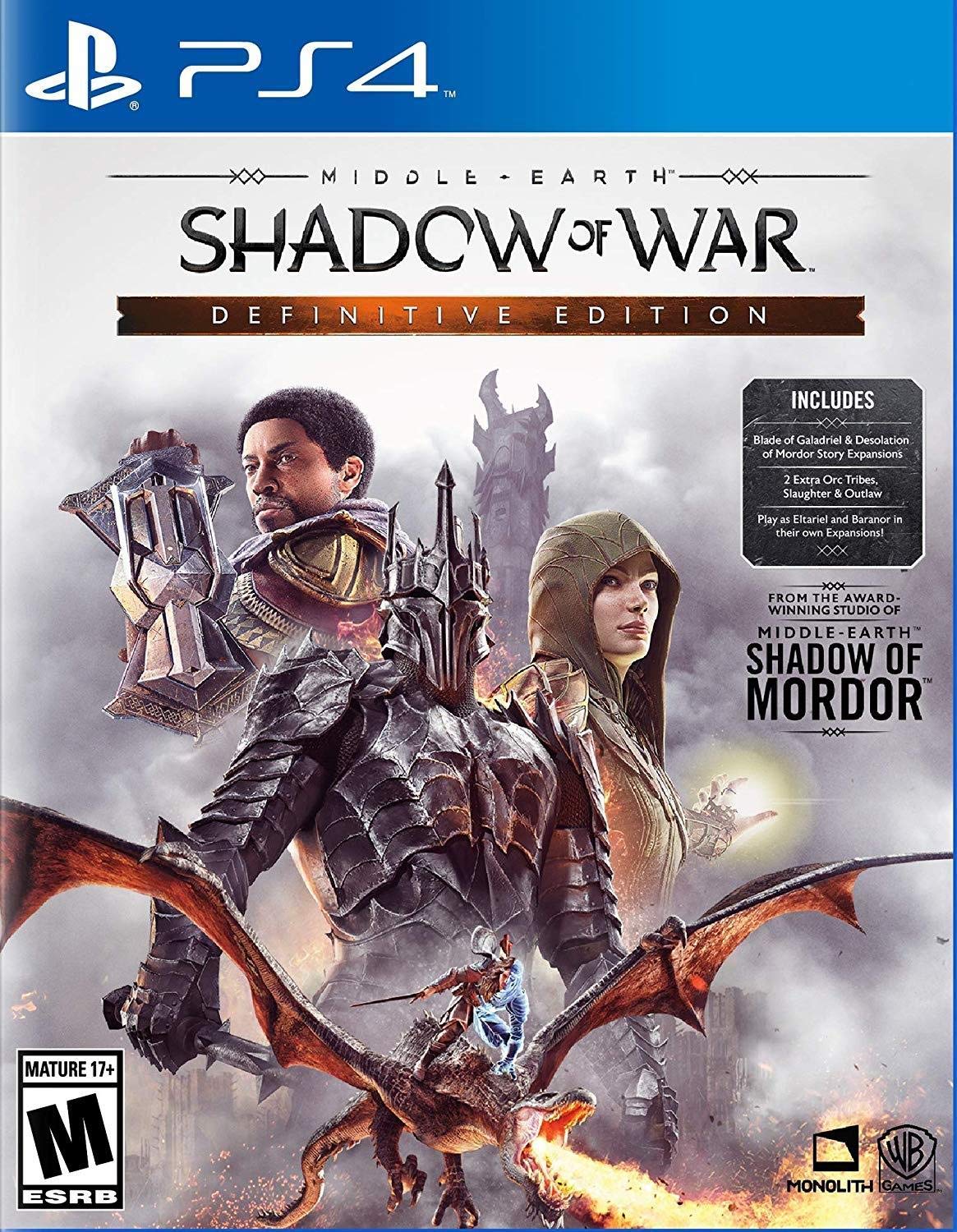 FindingSerendipity posted this deal. Say thanks!

Eligible for no-rush shipping so $10.99 after that.

Add Comment
Reply
Created 01-10-2020 at 12:29 PM by FindingSerendipity
in PS4 (9) Get Walmart Coupons
If you purchase something through a post on our site, Slickdeals may get a small share of the sale.
Deal
Score +85
30,135 Views
$11
$29.99
See Deal
Don't have Amazon Prime? Students can get a free 6-Month Amazon Prime trial with free 2-day shipping, unlimited video streaming & more. If you're not a student, there's also a free 1-Month Amazon Prime trial available.
Want more deals like this? Create a deal alert for PS4.
Add Deal Alert for PS4

01-11-2020 at 10:56 AM #32
Thankfully they listened to gamers and removed all of that
Reply Helpful Comment? 0 0
This comment has been rated as unhelpful by Slickdeals users
Joined Jun 2017
New User
18 Posts
10 Reputation
01-11-2020 at 10:58 AM #33
Does the Xbox version allow PC installation as well and Xbox Play Anywhere that I can get when using my Xbox XBP which allows download of PC and Xbox Standard version? Thanks

I have the Steam Definitive version but thinking I wouldn't mind going back and forth between PC and Xbox One.

01-11-2020 at 03:14 PM #35
Was going to order before realizing the base game was available "free" on Gamepass
Reply Helpful Comment? 1 0
This comment has been rated as unhelpful by Slickdeals users
Joined Nov 2019
L3: Novice
162 Posts
221 Reputation
Original Poster
Pro

In the video world, a 4K projector was only $150 more than I paid for a 1080p projector, I got a 4K player for $25 on clearance, and 4K discs often go under $10 on Black Friday, so 4K on movies is a lot more affordable. I'll also mention what I and I've seen others say about 4K: I can't notice the resolution difference on my 4K projector between 1080p and 4K, but I sure notice the HDR10 colors. Assuming most newer PC games use HDR10 (I have no idea if that's true), then I'm sure they look more beautiful, but it's an expensive upgrade for better colors.
I have never heard of hrkgame.com before, and I've made notes on places lots of people mentioned, so I don't know if they are grey market or not. I have notes to avoid places like G2A, Kinguin, NoKeys, and SoftwareSupplySource. If you buy grey market keys, I've heard that Steam can remove those games from your account at any time. Someone once said that they would ban your entire account and take ALL of your games away, but afterwards people said Steam is not that extreme (at least not yet)... not like the stories of the Microsoft ban hammer where a single foreign game purchase would cause you to lose every legitimate game you bought and ban that console forever.

Even CDKeys is supposedly grey market, but I've bought from them a few times and not had any problems. I don't like it how consumers are supposed to be the policemen and know who is/isn't legitimate. Far too many companies and stores have unwritten ban policies that are easy to fall into the traps, and apparently the companies/stores like it that way because they never fix their loopholes or publish their secret ban policies so people can avoid them. I only find out via word of mouth.

I suppose I can do a Google search and see what comes up about harkgames later today. Typically if a place has good deals and is legitimate, I tend to think I would've heard about it before today.
Reply Helpful Comment? 0 0

This comment has been rated as unhelpful by Slickdeals users
Joined Oct 2018
Deals and Steals
5 Posts
10 Reputation
01-13-2020 at 12:25 AM #45
I have fun playing this game and played countless hours. I have the Standard Edition for PS4, if I were to buy/play the Definitive Edition would I have to start all over ? Would the Definitive Edition "recognize" the Standard Edition Save?
Reply Helpful Comment? 0 0
Page 3 of 4
1 2 3 4
Join the Conversation
Add a Comment

MLB The Show 20: Rounding up the Best Deals, Discounts and Exclusives

Tom Clancy's The Division — Should You Buy It?
Copy Code & Open Site More Deals from
Did this coupon
work for you?
Copy
Link Copied to Clipboard