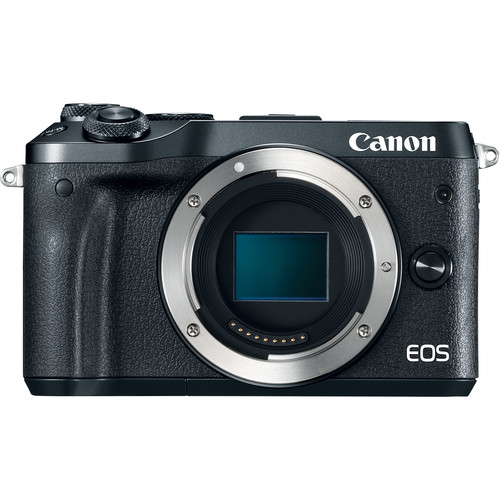 See Deal
Good deal?
You gave thanks to Plastick for this post.
Thank you!

Plastick posted this deal. Say thanks!

Add Comment
Reply
Created 01-11-2020 at 03:54 PM by Plastick
in Cameras (5) Get B&H Photo Video Coupons
If you purchase something through a post on our site, Slickdeals may get a small share of the sale.
Deal
Score +53
55,731 Views
$299
$679.00
See Deal
Don't have Amazon Prime? Students can get a free 6-Month Amazon Prime trial with free 2-day shipping, unlimited video streaming & more. If you're not a student, there's also a free 1-Month Amazon Prime trial available.
Want more deals like this? Create a deal alert for Cameras.
Add Deal Alert for Cameras

With the Sony you can buy fe lenses and move up to full frame if you want.
Reply Helpful Comment? 1 4
This comment has been rated as unhelpful by Slickdeals users
Joined Jul 2007
L9: Master
4,307 Posts
1,056 Reputation
Pro

The mirrorless have been good cameras for me. They have the same sensors as the SLR's and have never disappointed as far as image quality.

But they come with some pretty big compromises. Even with the AF improvements on the M5 M6 generation, there are still a lot of missed shot focus points. You still have to be deliberate on where you focus.

The battery life is not very good and a spare battery is expensive for this model. Last I looked, the after market batteries are kind of complicated. You can get them, but the camera can be fussy about it and they won't work with your factory charger.

You can indeed adapt this camera to work with lots of Canon lenses, but the ergonomics of doing so in most cases are terrible. You need a bigger camera to hold bigger glass. The offerings of EOS M lenses is kind of small. The ones they have are really good, but unless that is what you want, you would be much better off getting a camera to fit your photography style.

While I have really enjoyed my Canon mirrorless cameras, and would recommend them to a photographer with the patience to appreciate them, I would STRONGLY recommend not giving them as a gift in most cases.

I really like how the viewfinderless sized body with the 22mm pancake lens will fit in a jacket or cargo pocket. The image quality and low light performance are awesome for such a small package.

The 11-22mm ultra wide angle lens is a lot of fun. Being that the rear element can be super close to the sensor, there aren't the optical compromises made that make other UWA lenses so expensive and not good. It's even image stabilized! It doesn't cost much and it truly is a marvelous lens.

The 55-200mm lens is so small. I don't use it much, but it's small enough to keep on hand for when I do want it. It's slow, and the IQ isn't incredible. But I have it with me! It's pretty sharp in the middle of the zoom range, but it can be hard to resist the urge to rack it all the way to 200mm all the time.

If I weren't already invested in Canon, I'd go with Sony, though. The sensors are generally better. They can be adapter to use Canon glass. The only reason Canon is finally taking mirrorless seriously is because of all the market share they lost from people jumping ship to Sony, and there have been a lot of them.
Reply Helpful Comment? 20 0
This comment has been rated as unhelpful by Slickdeals users
Joined Oct 2014
L6: Expert
1,026 Posts
243 Reputation
01-11-2020 at 07:05 PM #37
Yes. Mirrorless have their own corresponding mirrorless lens line, as well as for each sensor size; APS-C, Full Frame, etc. Adapters exist to use lenses between brands. They are expensive and may cause a decline in image quality and/or function
Reply Helpful Comment? 0 0

What to Look for in a Camera Tripod