Note: All below are Manufacturer Refurbished and include a 1 Year Wacom Warranty. 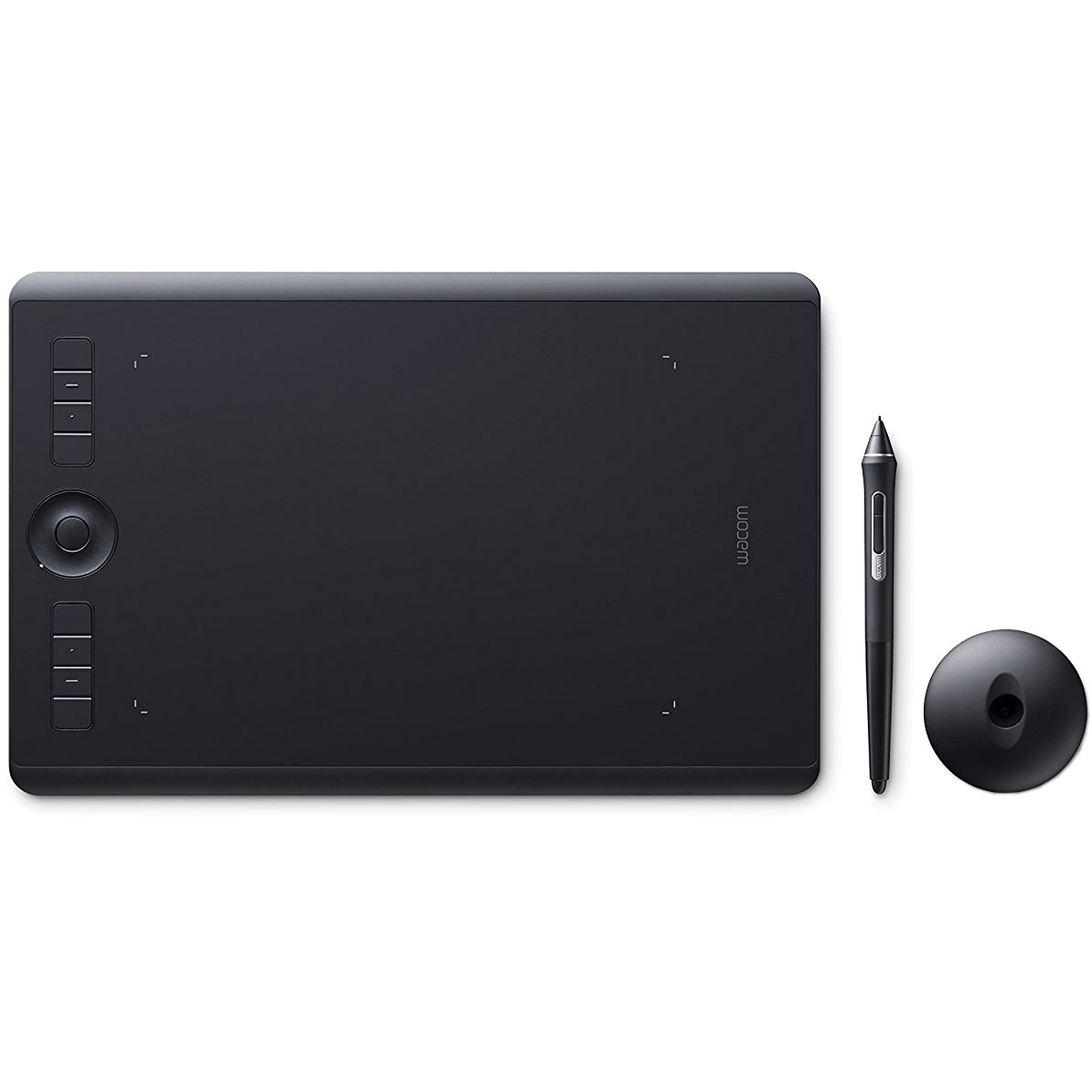 Written by Edited January 16, 2020 at 01:58 PM by
All below are Manufacturer Refurbished and include a 1 Year Wacom Warranty+ free s/h
Add Comment
Reply
in Tech & Electronics (2) Get BuyDig Coupons
If you purchase something through a post on our site, Slickdeals may get a small share of the sale.

If you're not a professional, I'd go for the cheaper alternatives (Huion, XP-Pen, even Dell has a cheaper one). Even if you're a pro, unless your company actually requires you to use a Wacom for some reason or need the utmost color accuracy, the alternatives are fine enough for most your work.
Reply Helpful Comment? 3 0
This comment has been rated as unhelpful by Slickdeals users
Joined Mar 2017
L6: Expert
1,059 Posts
400 Reputation
01-14-2020 at 11:19 PM #22
I bought a used XP-Pen Deco-01 (their entry level model) for $30 shipped off ebay, I honestly notice no difference between it and my old Wacom Intuos, and it actually has a larger surface area. I don't know what kind of leaps these latest generation Intuos ones have made, but I simply can't imagine them doing enough to justify this kind of price hike.

You can get the Deco-01 for $49.99 new direct from XP-Pen. And the higher end models aren't that much more.

There was a time where Wacom dominated this market and it wasn't even close, all other competitors paled in comparison. That time has passed and unless you're a top tier professional or this stuff is a tax write off for you I don't know what would possess someone to pay $150 for something that's at best 10% better.
Reply Helpful Comment? 1 0

Overall if you do it as a hobby, you do not need something expensive. If you're a professional, you're probably drawing an income that warrants an expensive purchase.
Reply Helpful Comment? 0 0
This comment has been rated as unhelpful by Slickdeals users
Joined May 2019
Corporate Banana
245 Posts
97 Reputation
Pro

Shanghai was the minimum with Moscow and St. Petersburg being okay. Point is that even in many places any high end tablet is NOT something you're going to lug around.

The safer bet for portability (and power) is a camera for capturing the references and a sketchpad (along with pencils and sharpeners).

So we kept the higher end equipment in the hotel room, and this includes the Macbooks with which we connect to the Cintiq and did the work then (when not playing Civ VI)

Yes, to many. The stupid Wacoms really are (IMO) priced at the high-end, and she has zero problem going with a cheaper option if one is available. The latest "test" was the Samsung S6 Tablet, which we used over a weekend and returned to Costco.

She has heard good things about them, but for a "professional" user, the Wacoms are what you're going to find being used in industry. When I watch her go over some of the videos, the users (who are getting paid for what they're doing) are using the Wacoms.

Are iPads good? Yes. Are the Samsung Tablets? Yup. But are they as good as the Wacoms?

Buy once, cry once. The cheap equipment will have limitations that you will encounter, increase your frustration level and potentially introduce errors.

Now that's something I can relate to. FX or DX? Most people are going to be fine with a DX

I shoot with a full frame camera (Nikon) and have had the opportunity to use some of the cheaper lenses. Tamron and Sigma included. I've also gone through the fixed lenses and keep them around for the low light situations (35mm and 50mm chiefly). I have two zoom lenses that are part of my kit, and have several lenses (and cameras) that basically are gathering dust. The latest was a Nikkor 16-35mm F4 VR.

When you're going for that once-in-a-lifetime shot (I live about 2 hours from Yosemite and travel) then you don't want to leave anything left to chance. A cheap lens can capture a scene, and we know that it more often comes down to skill than the equipment ("professionals talk training, amateurs talk equipment") but the likelihood of introducing an aberration (lens flare, barrel distortion or inadequate focal length) increases - most can be corrected with Lightroom

Life can be full of compromises, Harbor Freight versus Dewalt / Milwaukee. You just have to figure out how much (and valuable) is your time and energy.
Reply Helpful Comment? 0 0

This comment has been rated as unhelpful by Slickdeals users
Joined Aug 2010
L4: Apprentice
385 Posts
84 Reputation
01-15-2020 at 02:19 PM #30
I normally agree with these sentiments, but it's different in the case of Wacom versus the competition. For one, Milwaukees are still fairly priced compared to cheaper alternatives. They're not staggeringly higher while providing much better quality. Can't say the same for Wacom, where they are priced out of this world while providing heavily diminishing returns. Many of the limitations (lower pressure sensitivity, which most cannot tell apart anyway, tilt controls, which many do have, higher resolution, which most would not use for smaller displays) are naught for most hobbyists and even professionals. This is coming from experience. I've gone through roughly all the drawing tablet brands and do enjoy Wacom products, but would never come even close to paying full price (again).

So, for the fundamental features, Wacom doesn't perform much better, if at all, than the competition:

Pen tech: many actually license Wacom tech here but even then, most of them work fine outside of things like n-trig (Microsoft). Battery-operated alternatives carry similar pressure sensitivity, buttons, and tilt support.

Screen parallax: Wacom used to lead here, but not any longer. Parallax (the distance between the pen touching screen and the display itself) is similar in most top-end alternatives.

Resolution: Most alternatives are 1080p, but we do have some with higher, like the Dell Canvas. This isn't always a benefit to Wacom though, since something like the Wacom Cintiq Pro 16 might support 4k but make GUIs much harder to access in apps like Photoshop.

Battery Life: specifically the MSP, people reported 3 hours battery life. That is much less than the Surface and iPad Pros.
Reply Helpful Comment? 0 0
Last edited by slgerb January 15, 2020 at 02:24 PM.
Page 2 of 3
1 2 3
Join the Conversation
Add a Comment
Deal Alerts

Samsung Galaxy S20: Save up to $700 by Trading in Your old Device

The Most Exciting Deals from Dell's Presidents Day Sale
Copy Code & Open Site More Deals from
Did this coupon
work for you?
Copy
Link Copied to Clipboard