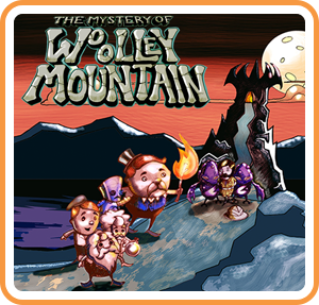 DarthEagle posted this deal. Say thanks!

Join a renegade crew of time-travelling audio scientists on a hilarious and fantastical quest. A malevolent witch has captured a group of children, and it's up to you to save them from the mysterious island of Woolley Mountain.

Add Comment
Reply
in Nintendo Switch (3) Get Nintendo Coupons
If you purchase something through a post on our site, Slickdeals may get a small share of the sale.

Has this been lower before? Maybe I should hold out for a better deal.
61 Helpful?
For reference, this is a point-and-click adventure game in the vein of Monkey Island. This was funded through Kickstarter and was a passion project for veterans of the industry. Reviews are mostly positive with complaints ranging from unintuitive puzzles to lackluster voice overs. However, almost all reviewers agree the game has a great sense of humor and a well written story. In short, easily worth $.12.
49 Helpful?
Here's a trick to find these sales.

1. On your Nintendo Switch, open the eShop

3. Do not enter any keyword. Go down to "Other Search Filters" near the bottom

4. Check off "On Sale" near the bottom

6. Change "Best Sellers" in the upper right to "Price (low to high)"

7. Show me some love with rep points, because I typed all this on a phone
39 Helpful?

01-22-2020 at 10:18 PM #14
thanks
Reply Helpful Comment? 1 0
This comment has been rated as unhelpful by Slickdeals users
Joined Oct 2004
Padawan
1,732 Posts
392 Reputation
01-22-2020 at 10:24 PM #15
Doubt it. It's a trend that's been happening recently on the eShop. Obviously sales skyrocket which puts it in a top spot in the most purchased digital games section for a short while after the sale and it hopefully generates some buzz with a whole bunch of people who would never try it otherwise and who might now recommend it to friends.
Reply Helpful Comment? 10 0
Page 1 of 5
1 2 3 4 5
Join the Conversation
Add a Comment
Deal Alerts