Note, scroll down the page to locate this bundle offer. 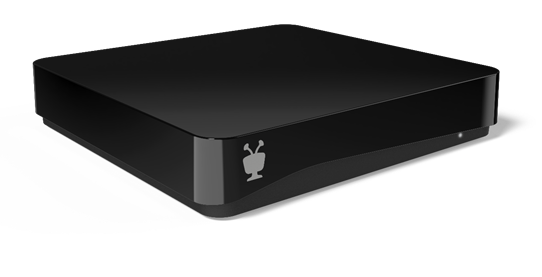 islaturbine posted this deal. Say thanks!

Tivo Mini Vox is normally $179.99 and rarely seems to go on sale unless it's refurbished. This deal is for a new unit and includes their WiFi adapter.

There are some deals on other Tivo products as well but I thought this Mini discount was worth posting.

Last Edited by islaturbine February 18, 2020 at 01:42 PM
This post can be edited by most users to provide up-to-date information about developments of this thread based on user responses, and user findings. Feel free to add, change or remove information shown here as it becomes available. This includes new coupons, rebates, ideas, thread summary, and similar items.


Just placed an order for mini vox only and it went through. The trick is to desync the WiFi adapter and the mini Vox. Been able to reproduce this 3 times. Seems to work more regularly under high CPU load (have some game or something running in background).
1) Play with quantities until you get the values to desync (no longer the same). You're specifically looking for when the quantity for the Mini Vox is higher than the Wifi-Adapter. I've done this by mashing up quantity on the Mini Vox and four or 5 times and then down quantity on the Wifi adapter a few times and then waiting and see where thing settle.
2) Change warranty from limited to 2 or 3 year service (you'll be able to change this back).
3) For some reason doing this moves the Tivo Mini to underneath the Wifi adapter in cart (originally it is listed first).
4) Click remove on the Wi-Fi adapter. Doing this will remove an equal quantity of Vox and Wifi adapaters. Since you're quantity of Vox is higher than adapter, you'll be left with Mini Vox in your cart.
5) Change quantity back to 1 (or however many you want). Change warranty back to limited.
6) Checkout for 119.99 + tax.

Note quantity in upper right corner that shows total item in your cart should be odd (i.e. 2 tivo vox and 1 adapter) before adding warranty to desync is attempted.
Link to this Wiki
Want more deals like this? Create a deal alert for Media Players.
Add Deal Alert for Media Players

This comment has been rated as unhelpful by Slickdeals users
Joined Mar 2010
L2: Beginner
31 Posts
22 Reputation
02-14-2020 at 08:50 PM #46
Tivo Mini (non -vox) are available on E-bay for ~$50 and work just as well for tivo extenders, even though Apps are so slow they're basically unusable. Tivo Mini Vox's is fast enough to actually use the apps, but Tivo is a dying platform and you have limited apps which are rarely updated. A mini (non-vox) from E-bay and a streaming device (FireTV Stick, heck, even an AppleTV 4k) would be cheaper and give you much better streaming.

This comment has been rated as unhelpful by Slickdeals users
Joined Nov 2006
pwner
1,569 Posts
363 Reputation
Pro

This is why I don't even attempt to run apps on Smart TV's/disk players/Tivo's etc., the app development outpaces the hardware. The hardware used to run those apps becomes outdated, too often the developers and people porting the apps to that specialized platform can't keep up with updates in a timely manner. In my experience it's generally best to leave the streaming and app stuff to a device that's actively being supported, like the Nvidia Shield/Fire products/Chromecast/Apple TV.

That said I have a TCL Roku TV in my workout room and on the rare occasion I do run an app on that everything seems to work just fine, it IS a Roku streaming stick built into the TV though so that kind of makes sense. Same with our Xbox One, on the rare occasion I fire it up all the apps work just fine. I'd consider those exceptions though as the Xbox One is one of those devices that's got huge development behind it so they keep apps running healthy more or less.
Reply Helpful Comment? 0 0
This comment has been rated as unhelpful by Slickdeals users
Joined Nov 2006
pwner
1,569 Posts
363 Reputation
Pro

earlier in the morning yes, but perhaps they fixed it to not allow that. I actually ordered some lux remotes Nothing beats the ole peanut with backlighting, Yes I have a harmony elite, but the snappiness of the BT remote on the tivo is helpful with the slug that my roamios are on Hydra!. I refuse to upgrade or downgrade to a bolt and will not pay premo for the edge!
Reply Helpful Comment? 1 1
Page 4 of 10
2 3 4 5 6
Join the Conversation
Add a Comment