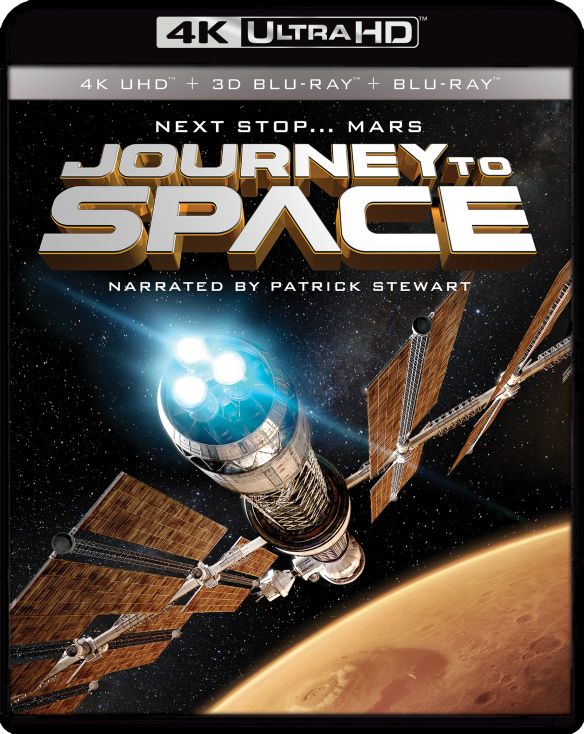 l_r_r posted this deal. Say thanks!
Add Comment
Reply
Created 02-15-2020 at 11:58 PM by l_r_r
in Entertainment (4)
If you purchase something through a post on our site, Slickdeals may get a small share of the sale.
Deal
Score 0
954 Views
See Deal
Don't have Amazon Prime? Students can get a free 6-Month Amazon Prime trial with free 2-day shipping, unlimited video streaming & more. If you're not a student, there's also a free 1-Month Amazon Prime trial available.


The curious case of Patrick Stewart and false advertising.

Let me start off by saying that when they claim this is narrated by our beloved Captain Picard they aren't telling the entire truth. All told he narrates about 4 min of this entire "film" and the rest of it is narrated by a couple other people.

Now for the video quality itself. If you are buying this for the same reasons I did, which was to see awesome space stuff in 4k HDR as well as watch a 1080p version in 3d while learning cool stuff then I suggest you DONT BUY IT.

First most of the footage isn't shot in 4k or even 1080p. The majority of footage shown is stock footage from various other sources most of which is standard definition resolution. The stuff that is in 4k is very minimal and clearly reused IMAX footage from something else.

The 3d parts themselves just like the 4k parts are minimal. They do alot of taking old static images and making a person pop out of the background but most of the video is not shot in 3d or even presented in 3d. The footage that is shot with real 3d cameras looks great as does the 4k stuff but it's so minimal I feel that the product description is false advertising and that's just unfair.

Don't buy this looking for great 4k, don't buy this to learn cool new things or to hear Patrick Stewart narrate and don't buy it for the 3d because added together each makes up about 10% of this movie.

There are better options out there so don't be sucked in by the lower than average price for a UHD Blu-ray. In fact there are more informative videos on YouTube some of which are in 4k albeit not as high quality 4k as this.

Save your money for something better. Something that doesn't misrepresent what it is to earn a quick buck. You didn't buy a nice 4k screen and uhd Blu-ray player to watch standard definition content. I know I didn't.

Quibi is Celebrating its Launch with 90-Day Free Trials for All
Copy Code & Open Site More Deals from
Did this coupon
work for you?
Copy
Link Copied to Clipboard