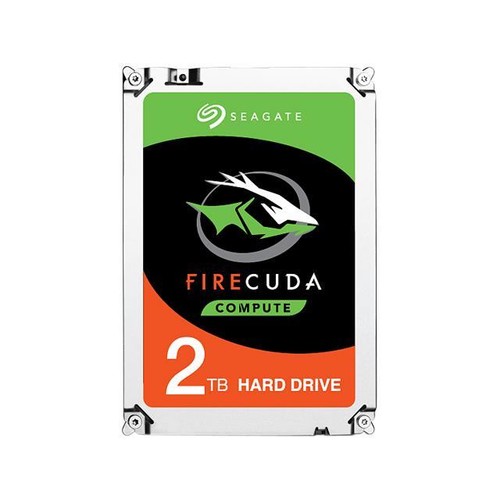 sr71 posted this deal. Say thanks!
Add Comment
Reply
in Computers (4) Get Newegg Coupons
If you purchase something through a post on our site, Slickdeals may get a small share of the sale.

I've been formatting, chkdsk'ing and using 3rd party tools to remap the crappy sectors, and there are a crazy amount of them. After days and days, its almost sort of trustworthy with data I have a backup of. Disk speeds have almost doubled after repairing.

Haven't bought a seagate drive in years due to excessive early failures and this will be the very last one I ever buy. Clearly they aren't doing any sort of media QA at all. Every other brand I've owned outlasted its usefulness and none required a week of beating on it to resolve massive issues.

Warranty? You have to pay to send it in and you'll get a recertified drive back. I did that with seagate once and the drive I got back didn't last for more than 2-3 months.

Read the reviews. Lots of early failures. Now I know why.

I tried breaking it out of the test loop, reformatting it and copying ~150GB of data to it. Windows said it'd take 4 hours while the write performance drifted from 2-3MB/s (horrible) to 450MB/s (obviously the SSD cache doing something to help) with an average peak of ~120-140MB/s, which seems its top raw read rate.

I'm outside the return period and I'm not going to send it in and get a used recert drive back. It probably has the same issues. Looks like a throwaway at this point.

Look at the scan. Thousands of 25ms and up to 100ms reads, and this is after dozens of scans, long formats and chkdsks.

If anyone has this, download something like Victoria, set it to read, remap and timeout (tio) of 100ms. I's do 25ms but I'm afraid of exceeding the allocated bad sector table. You can also change the "what to do at the end" to Loop. Takes a little under 3 hours for a full run.

This comment has been rated as unhelpful by Slickdeals users
Joined Feb 2020
L2: Beginner
35 Posts
02-19-2020 at 10:30 AM #9
I have a 5 year old WD 1tb drive that's old, but it doesn't have these problems. My last seagate died in under a year and its warranty replacement didn't last 3 months. So far I've never had another brand hard drive (HGST, Samsung, WD, Toshiba) fail on me. They mostly just got too small to use.

Even when this is "working", its slower than other non SSD cached 5400 rpm drives.

02-19-2020 at 03:14 PM #12
Does Victoria even work properly on this drive being an SSD cache on a regular HDD? I've had no issues with the 1tb version.
Reply Helpful Comment? 2 0
This comment has been rated as unhelpful by Slickdeals users
Joined Feb 2020
L2: Beginner
35 Posts
02-20-2020 at 08:25 AM #13
Yes victoria works fine on an SSHD. What I saw wasn't indicative of a cache issue, but a bad media issue. Speeds improved dramatically after testing with victoria. SMART reporting on this drive is awful. Number of media issues on this drive were unacceptable. This drive is not trustworthy with important data, IMO. I'd never use this drive for any purpose without at least 3 remap runs of a tool like victoria. I hear hdsentinel is good too, but you have to pay to use it.

Have you run such a tool on your 1tb? Mine seemed fine too, except it was very slow even for a bare, uncached 5400RPM HDD. Mostly because the drive firmware isn't reporting correctly via SMART. It seems to be hiding media errors resulting in slow read/writes. No drive should be okay with a 1-3 SECOND sector operation. With the number of very slow sector reads (literally hundreds of thousands of >250ms reads) once those were remapped, drive performance is quite a bit faster in crystaldiskmark. In fact the speeds I saw in crystaldiskmark showed speeds characteristic of a 7200rpm drive vs the 5400 rotational speed this drive has, which is good. Windows tools like format and chkdsk didn't see any problems with the drive, as it doesn't report SMART data correctly. Neither would a console OS, Linux or anything else.

So it'd be "fine" until it has a catastrophic error. Which is what the one star reviews show.
Reply Helpful Comment? 0 0
This comment has been rated as unhelpful by Slickdeals users
Joined May 2008
L6: Expert
1,183 Posts
710 Reputation
Pro

02-20-2020 at 12:17 PM #14
Never did it, it's a non critical game drive in my wife's laptop so it was never a primary concern. I use HD Sentinel, I was just curious if Victoria worked on a hybrid drive like this since I never tried it. I have two of their video 2.5" drives in a raid 0 and they've been quite solid usually 2.5" Seagates are pretty good.
Reply Helpful Comment? 0 0
This comment has been rated as unhelpful by Slickdeals users
Joined Feb 2020
L2: Beginner
35 Posts
02-20-2020 at 01:10 PM #15
Yep Victoria works fine. Doubled the speed on the drive as a result of the grueling tests. This and the last Seagate I bought sucked. This is a $60 door stop, and the last one died in under a year, with the replacement 'warranty' recert drive failing in <3 months. I'm 100% done with the brand.

In fact, I just ran a test on a 9 year old 1.5TB western digital AV-GP drive, that was in a tivo being written to 24x7 for four years and has been in storage since. It had 2 remappable drive errors. I'm going to use that instead.

Here's another example of the same from a while ago. Slow crystaldiskmark, victoria found some bad results, eventually the drive after repairs came up to speed.

The Five Best HP Printers for 2020

Razer's Raptor 27 Gaming Monitor is the Finishing Touch for Your Epic Desk Setup
Copy Code & Open Site More Deals from
Did this coupon
work for you?
Copy
Link Copied to Clipboard