Free
+151 Deal Score
14,673 Views
Microsoft Store has select Fairy Tail Seasons (Digital HD Anime) for Free. Thanks A80GL
Note, be sure to select the HD format for your purchase option. 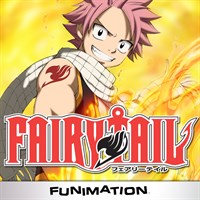 A80GL posted this deal. Say thanks!

Add Comment
Reply
in Other (4) Get Microsoft Store Coupons
If you purchase something through a post on our site, Slickdeals may get a small share of the sale.
Deal
Score +151
14,673 Views
Free
See Deal
About the OP
Send Message
Pro
Joined Jun 2008 L8: Grand Teacher
43,421 Reputation Points
476 Deals Posted
1,333 Votes Submitted
3,481 Comments Posted

FYI to the general SDers, there is a whole forum for digital freebies like this over at "Free Digital Goods". OP is a regular contributor and we could use all the help we can get.
11 Helpful?

FYI to the general SDers, there is a whole forum for digital freebies like this over at "Free Digital Goods". OP is a regular contributor and we could use all the help we can get.
Reply Helpful Comment? 11 0
This comment has been rated as unhelpful by Slickdeals users
Joined Feb 2012
L3: Novice
203 Posts
29 Reputation
02-21-2020 at 07:52 PM #5
I owned season 1 & 2 from previous freebies . Now I own the 3rd.


But you know what else is around rank 500 to 700? The third season of Food Wars, Little Witch Academia, the fourth season of My Hero Academia, The Seven Deadly Sins, Dr Stone, KonoSuba, Overlord, and That Time I Got Reincarnated as a Slime. Rank 500 to 700s are not bad animes.


Fairy Tail had to compete with Full Metal Alchemist: Brotherhood, Steins;Gate, Made in Abyss, My Hero Academia, Madoka Magica, No Game No Life, Monogatari, Attack on Titan, Food Wars, Kill la Kill, and tons of other popular big-name high-quality shows.

Bleach had compete with Death Note, Clannad, Gurren Lagann, and Code Geass. That's all it had to compete with for five years. (You might also notice Bleach died two years after Fairy Tail started, while Fairy Tail got greenlighted four separate times.)


Fairy Tail is not a bad show. It just suffers from relativity. (Also Fairy Tail has a coherent storyline, unlike Bleach.)


Disclaimer -- I have watched a significant majority of the top 200 animes. I do not describe a show as good for no reason. Also, I stopped watching Bleach at around 180 (?). I managed to watch all of Fairy Tail.
Reply Helpful Comment? 4 1
This comment has been rated as unhelpful by Slickdeals users
Joined Jul 2016
L7: Teacher
2,816 Posts
205 Reputation
Pro

02-22-2020 at 07:12 AM #11
Thanks OP... REDEEMED!!!
Reply Helpful Comment? 0 0
This comment has been rated as unhelpful by Slickdeals users
Joined Apr 2010
L3: Novice
111 Posts
31 Reputation
02-22-2020 at 02:19 PM #12
To note, for both Bleach and Fairy Tail, I read the manga rather than watched the anime. (I tend to do that for the long-running shounen series, so it's not that uncommon.) I'll be frank in that both of them got pretty bad near the end. I mostly stuck around with Bleach due to getting to finally see the bankai for some of the captains which were never revealed until the end. Fairy Tail? Not sure why I kept reading it? Maybe just to see the end. (Of course, it has a spin-off Grey-focused manga and also a sequel manga.)

Ultimately, both shows just felt like they had a core idea but never really knew how to properly weave it into a longer story. By the end, Fairy Tail just felt fairly contrived, but that doesn't mean you can't enjoy the earlier parts. Also, if I recall, just like Bleach, the anime doesn't go to the end of the manga anyway? So, my advice on it... if you tend to enjoy shounen shows with fun action and interesting/quirky characters, just give it a shot. If you start getting tired of it, just stop.

Oh, and I'll admit to being a bit of a sucker for an anime with cool characters making their dramatic entrances.

Now what I can't figure out is why you would bother to make a post that has no opinion of the show itself has only remarks towards people posting about the show.

You're not even saying anything about Fairy Tail. Why are you here? Go away.
Reply Helpful Comment? 0 0
Page 1 of 2
1 2
Join the Conversation
Add a Comment

Create a Relaxing At-Home Spa Experience with These Steals

TaxAct Sale: Save 50% on Your Federal and State Taxes for a Limited Time

Share the News: First Responder Discounts and Freebies During This Pandemic
Copy Code & Open Site More Deals from
Did this coupon
work for you?
Copy
Link Copied to Clipboard