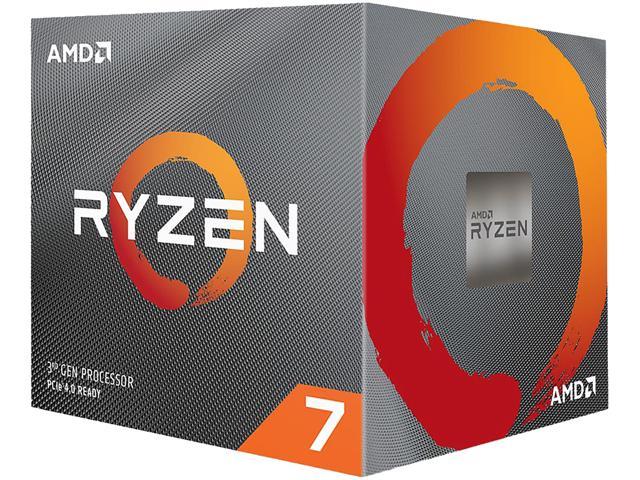 sr71 posted this deal. Say thanks!
Add Comment
Reply
in CPUs (6) Get Newegg Coupons
If you purchase something through a post on our site, Slickdeals may get a small share of the sale.

BTW...getting old is not all its cracked up to be.

Kinda disappointed the 3900 still hasn't dropped below $450. Newegg eBay already hit that price, why no love for the full speed ram writes? I feel hurt that AMD crippled writes and still wanted to set market prices based off Intel procs. Mbn to have %50 profit margins while selling a two year design complete uarch.

Somehow wherever Jim Keller lands end up 6 years ahead of everyone... Apple needs another stint once Tesla is done, before Steve Jobs died they were consistently the fastest. Now they are just another company in the running
Reply Helpful Comment? 1 5
This comment has been rated as unhelpful by Slickdeals users
Joined Nov 2011
L2: Beginner
85 Posts
22 Reputation
02-26-2020 at 10:02 PM #8
As others have mentioned this isn't much of a deal, and you can easily find the 3700x for $300 online which is a better deal.

I actually have a 3800x. Got it at MC for $280, $20 more than 3700x, and came with both Borderlands 2 and Outer Worlds instead of just one so worth the extra $20 in that case. Yet for an extra $40 it is not worth it. You might get an extra 100Mhz during boost if you have a good cooling solution, and if you plan to all core overclock it will probably do better (maybe an extra 200 Mhz, but could literally be nothing). Yet all core overclocking hurts lower core workloads like gaming so it's often not worth it unless you are only using programs that use heavily threaded workloads. As for Power Boost Overdrive and overclock offset it doesn't do much above the base setup. I have occasionally got spikes near 4.6 GHz but for the most part it followed the base Ryzen setup of 4.5 GHz single core boost and 4.2 GHz all core boost. It also isn't thermal throttling as highest temps were 70C. That seems to be a common theme with PBO and offsets. Doesn't do much different that just the base Ryzen boost setup even if you keep it really cool (note keeping it cool does stop it from thermal throttling and the 3800x can get hot so a good cooler is still worth it you just won't get much extra out of great cooler, at least from PBO).

Razer's Raptor 27 Gaming Monitor is the Finishing Touch for Your Epic Desk Setup
Copy Code & Open Site More Deals from
Did this coupon
work for you?
Copy
Link Copied to Clipboard