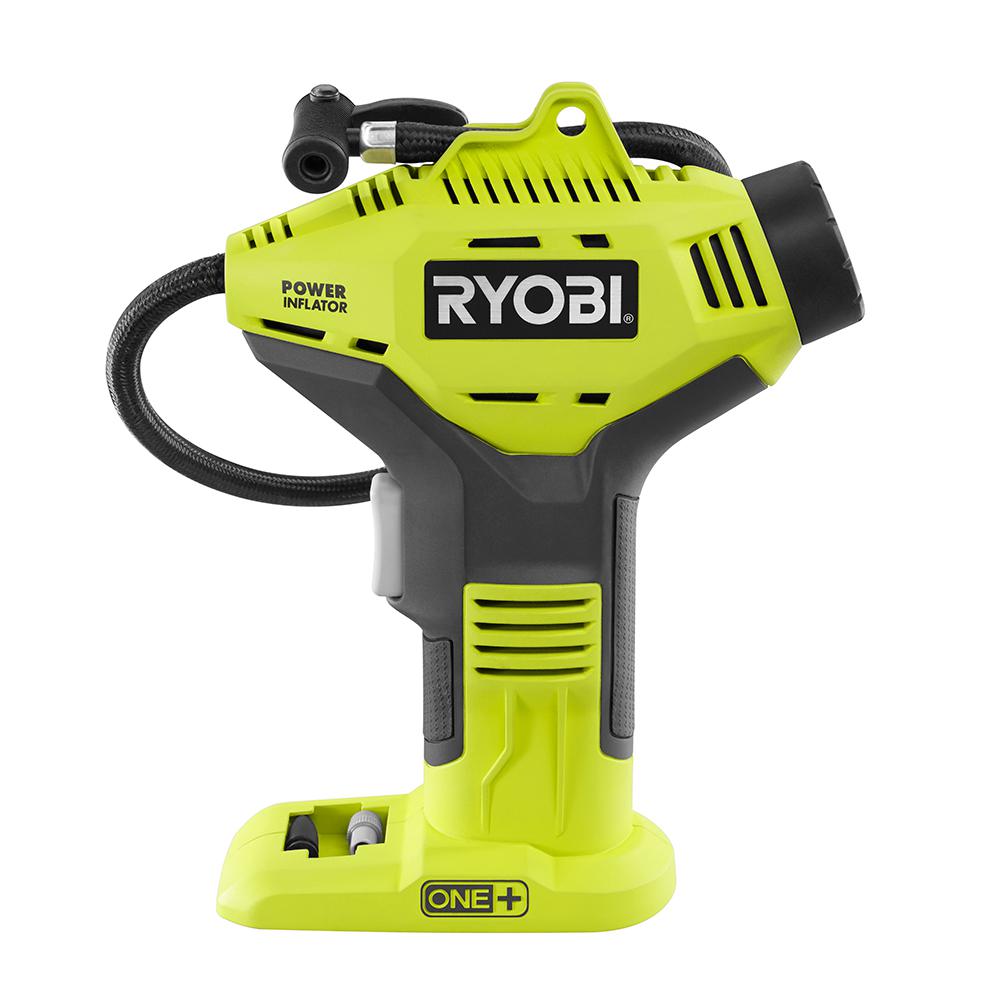 I've filled up 4 tires in under 15 min. Yes, you'll need to pause a few minutes to let it cool down but the battery is more than able to inflate at least 20 tires probably.

And let's face it, you should not be using this to fill up 4 tires from total empty anyway. This is great for topping off all 4 tires, filling up one tire from flat, a spare tire when you are on the side of a road, bike tires, or scooters. I use mine at least once a week. Beats going to the gas station to put air in my tires.

This comment has been rated as unhelpful by Slickdeals users
Joined Nov 2012
L2: Beginner
26 Posts
14 Reputation
02-26-2020 at 09:20 PM #53
This is a great deal IF YOU ALREADY HAVE RYOBI ONE+ TOOLS AND BATTERIES!
I carry Ryobi tools and batteries in my van, and that makes this a handy tool to have around. Yes, you have to hold the trigger down, and you never leave the battery in it because it will start up just from the trigger leaning against anything in the tool box (the infamous "hair trigger").
If you don't already have Ryobi tools, consider other options (like the power packs with the air compressor built in), or the 12 volt ones that plug into your lighter plug (usually weak and the cord is a pain). I had one from Harbor Freight that I gave away.
At the end of the day it is not an especially well made tool, but it is convenient as hell when you already have charged batteries handy.

I have used some of the other options available years ago like the fancy slime one (trash) several others, my neighbor had the Milwaukee m12 and this ryobi is WAY faster.

My first one never got hot until the last 3 or so months of its life - I was looking for a sale replacement and missed a sale. then when it finally got super hot and died completely I bought full price replacement which had given me no problems in the maybe 4mo since.

What I don't like - that idiotic trigger as many have pointed out. I am in the habit of taking the battery out though (what you are suppose to do to store tools anyway)
from the over heat issue people are commenting on and what happened to mine overheating and failing after 3 yrs - I'm guessing bad motors in new tools - perhaps getting replacement is more called for that just saying they are junk.
I am no real problems 2/2 and I recommended to some people who also have no problems.

* I did not know there was a digital big brother - I've only seen the low pressure one then later the big one w/ no set it feature.
And they are on sale (they are out of stock locally so either a newer model coming or they are discontinued) Will order one or two based off experience w/ this model. I do like the smaller size of this one though.
0
0
0
0
Reply
Last edited by RH7260 February 28, 2020 at 07:54 AM.