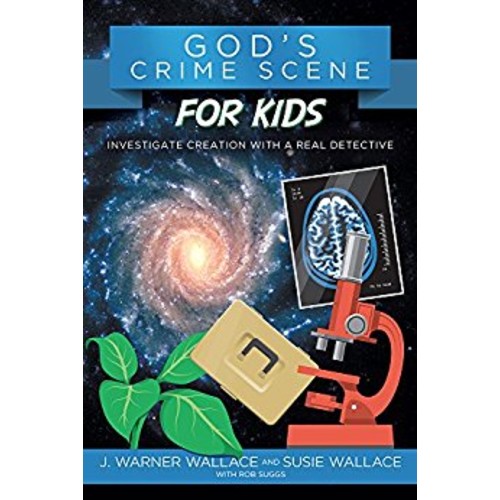 ChicoDad posted this deal. Say thanks!
Add Comment
Reply
Created 03-24-2020 at 10:49 AM by ChicoDad
in Books & Magazines Get Amazon Coupons
If you purchase something through a post on our site, Slickdeals may get a small share of the sale.
Deal
Score -18
713 Views
$0.99
See Deal
Don't have Amazon Prime? Students can get a free 6-Month Amazon Prime trial with free 2-day shipping, unlimited video streaming & more. If you're not a student, there's also a free 1-Month Amazon Prime trial available.

03-24-2020 at 04:16 PM #7
Did I miss something? Has the THEORY of Evolution been proven? Unless one is closed-minded, it obviously takes more faith to believe in the THEORY of Evolution than in Creation.
Reply Helpful Comment? 1 3
This comment has been rated as unhelpful by Slickdeals users
Joined Jan 2019
L2: Beginner
53 Posts
105 Reputation
Pro

Moreover, the Creation Story in Genesis has, for millennia, been understood by priests and rabbis to be allegorical. Its literal interpretation is a recent phenomenon and a minority view. Finally, the Big Bang Theory itself is not inconsistent with the Creation Story.

There's enough anger and hostility out there already. Believers and non-Believers don't need to attack each other. We all need to conduct ourselves as decent, respectful citizens and have meaningful, intelligent discussions without strawmen, ad hominem or other fallacious attacks. Pluralism is the keystone of our civil society, and our longevity depends on it.
Reply Helpful Comment? 1 0
Page 1 of 1
1
Join the Conversation
Add a Comment

Google Play
The Sleeper and the Spindle by Neil Gaiman (eBook) $0.99 via Google Play/Amazon
$1
79 6
Frontpage Deal

Kindle Star Wars Sci-Fi eBook: The Jedi Path: A Manual for Students of the Force - $1.99 - Amazon

20 Items Under $10: Hop on These Kids’ Easter Clothing Deals
Copy Code & Open Site More Deals from
Did this coupon
work for you?
Copy
Link Copied to Clipboard