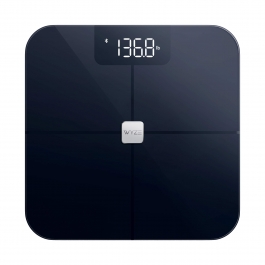 sadiqmansour posted this deal. Say thanks!
Add Comment
Reply
in Fitness & Wellness (4)
If you purchase something through a post on our site, Slickdeals may get a small share of the sale.

Bluetooth means you gotta go to the bathroom with your phone or have it nearby, that's annoying. If I have to bring my phone I might as well plug itn in directly too.

I think your thoughts about wifi being a power hog are a bit overstated. Withings scale which is WiFi has no issue lasting 3/4 of a year
0
0
0
2
Reply
This comment has been rated as unhelpful by Slickdeals users
Joined Jun 2014
L6: Expert
1,815 Posts
640 Reputation
03-24-2020 at 12:26 PM #8
I mean, I can't argue with that. Not because it makes sense, but because it's indefensible. I hope you realize you're in the vast minority, if not the only person in the world who is having such a hard time with this particular feature.

I don't recall saying it can't last 3/4 of a year using WiFi. I'm suggesting - because, you know, facts - that Bluetooth 5.0 use significantly less power.

Talk about overstating. You're comparing this $20 to a $75 one and suggesting that taking your phone to the bathroom is some sort of onerous task.

Look, you do you. Like your $75 scale? Great, keep it! And hey, it's always good to point out those aspects of a product that don't work for you, as someone, somewhere, might be in the same situation. But try to keep a little perspective, eh? Your complaints are not valid for the overwhelming majority of people, and I would think that most people would look at saving $50+ worth taking their phone to the bathroom with them (if they weren't already, which of course they are).
2
0
0
3
Reply

dude at my job was on speaker phone while he was using the urinal... got love where we're at...
0
0
0
2
Reply
Page 1 of 4
1
Join the Conversation
Add a Comment
Deal Alerts

How to Get the Best Deal on New Soccer Cleats
Copy Code & Open Site More Deals from
Did this coupon
work for you?
Copy
Link Copied to Clipboard