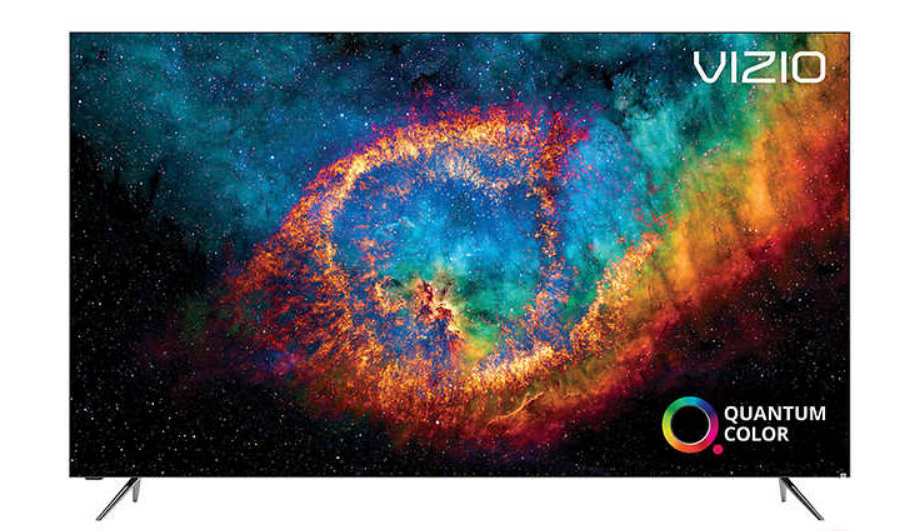 NarenK3254 posted this deal. Say thanks!

Add Comment
Reply
in 4K TVs (8) Get Costco Wholesale Coupons
If you purchase something through a post on our site, Slickdeals may get a small share of the sale.

This comment has been rated as unhelpful by Slickdeals users
Joined Dec 2017
New User
17 Posts
14 Reputation
03-25-2020 at 05:12 PM #61
I bought this TV on black friday, the picture quality is very nice and works well even in a bright living room.

However, after having it for literally hours, the remote stopped working. Vizio replaced it, but the original was hefty, with a brushed aluminum finish, the replacement sent was a cheap plastic remote.

Also, had one instance about a month ago where the TV would turn on and then not show a picture. The Vizio logo will come on and then nothing happens. It did not respond to remote commands or physical buttons, changing inputs didn't help. I attempted to unplug and reset it multiple times with no success. Then a couple days later, I woke up at like 3 am, the TV had turned itself on in the living room magically, and since then it has been working just fine.

I have a feeling something might be wrong (or going wrong) with the processor, but Costco's concierge service said if they sent a tech out and found nothing wrong with the TV, that I would be charged for the call.

Until you see the poor scaling at 720p

This comment has been rated as unhelpful by Slickdeals users
Joined Jun 2006
L4: Apprentice
335 Posts
39 Reputation
Our community has rated this post as helpful. If you agree, why not thank ?
03-25-2020 at 05:45 PM #75
So a few things in response to the issues in this thread, hopefully you guys can rep this up to raise awareness:

TV Turning on by itself: It seems to be an issue with the power mode. You have to change it so it's not on eco mode, and CEC to Off or ARC only.

Backlight Issues / Glow with subtitles: Unfortunately, this is one of those things i had to start living without. This can be turned off under "Active Full Array". RTings did their test turning this off, and noted it in their review. I don't really think about wanting my display to be any darker because the tradeoff is that it's vivid and bright. You just don't really think about it. I'm not sure if the DSE (Dirty screen effect) is the result of people having Active Full Array on by default. But with it off, it looks like an incredibly responsive TV to me.

ARC Issues: I'm not sure exactly if this is a problem with my Yamaha receiver, or the TV's ARC. But, it seemed to send a signal to the receiver to change the inputs of it. Again, i'm not certain.

Viewing Angle: Yea it's pretty bad on the sides. You'll notice the Active Full Array/backlight glow big time while on the sides, too. But when you do end up in the sweetspot, the contrast is fantastic.

I haven't personally noticed anything with the remote, but the interface does feel a little laggy.

Overall, i've grown to like this TV for the price i paid for the last time it was on SD a month ago.
Reply Helpful Comment? 13 0
Page 5 of 9
3 4 5 6 7
Join the Conversation
Add a Comment
Deal Alerts

7 Gadgets to Turn Your Backyard Into a Smart Outdoor Paradise
Copy Code & Open Site More Deals from
Did this coupon
work for you?
Copy
Link Copied to Clipboard