+178 Deal Score
48,751 Views
Social distancing sucks, but its not so bad when you can play Jackbox with your friends remotely.

Thanks Silly Burrito, -Fortius-, daversion, dqs5005, everybody on this thread helping each other out with advice.

If you go to:
https://jackboxgames.com/games/

All the other standalone games are also 20% off with the discount code REMOTEPLAY.

Directions to Install on Steam: (Install Steam if you don't already have it. It will be required to play)

Once you get the code from the Jackbox site, go to your Steam Account under "Library" on the bottom there's a button "Add a Game" then "Activate a Product on Steam." Hit next ➜ hit I agree ➜paste the activation code ➜ hit next and finish.

Only one person needs the game. I personally stream off of Discord with my friends for free. You can do it off zoom or google hangouts. The process is pretty simple. You can find out how to do it here. [jackboxgames.com]

If you're going the Discord (Free) route, once you've installed the app on your computer. (Have your game up and ready and streaming, if they use Discord through a web browser it will lag and be blurry so its better if they have the app.)
Use this guide to send to your friends:
Step 1 - Download Discord app to your computer: https://discordapp.com/download
Step 2 - Create a new account and verify by your email.
Step 3 - Click on the + sign on the left which is "Add a Server" then choose "Join a Server"
Step 4 - Copy and Paste <insert your server invite here> Then hit "Join."
Step 5 - Double click on <insert your discord name here> that says "LIVE" in the General Voice Channel and you should be able to see the stream.
Step 6 - Open up a new browser window and go to Jackbox.tv and enter the room code of the game that we're playing and that's it! No phones. Lower the volume in-game so you can actually hear your friends.

If you're going the paid Zoom account method, just let your friends/family know that if they download the free Zoom account, they won't be disconnected after 40 minutes as long as you're hosting and your account is a paid Zoom account.
Zoom Update: I bit the bullet and got a zoom subscription because this pandemic isn't going away anytime soon. It's is more fun to see your friend's expressions so I recommend zoom long term especially if you play D&D or Tabletop Simulator. Cheers. 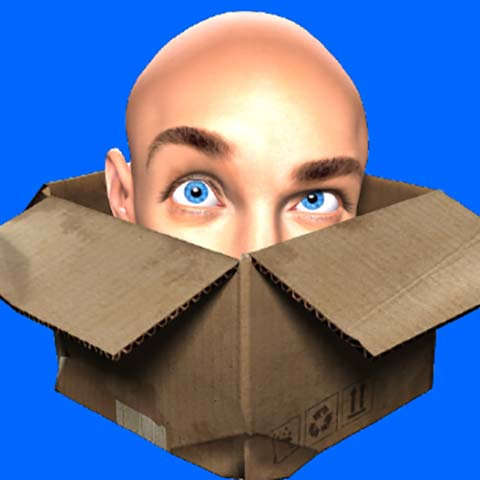 Worked out well with some caveats.
- 1, I needed to update my realtek drivers to be able to play computer audio
- 2, I could not be hear when playing computer audio thru hangouts
- 3, I had to use a 3rd device to connect to hangouts to chat with everyone
- 4, the volume they heard would sometimes be to loud and adjusting it is weird.

Overall pretty fun, delay wasnt that bad, and as long as they all click the host screen to focus on the game its fine. People talking over each other was a problem, but fun none the less.