Note, from the seller "Backed by our 90-day warranty, this item has been refurbished by the manufacturer or an approved refurbisher. The product functions like new and shows minimal if any, signs of wear. All standard accessories included. Items will be placed in non-retail packaging to better safeguard their condition. Manuals and other documentation can be found on the manufacturer's support site." 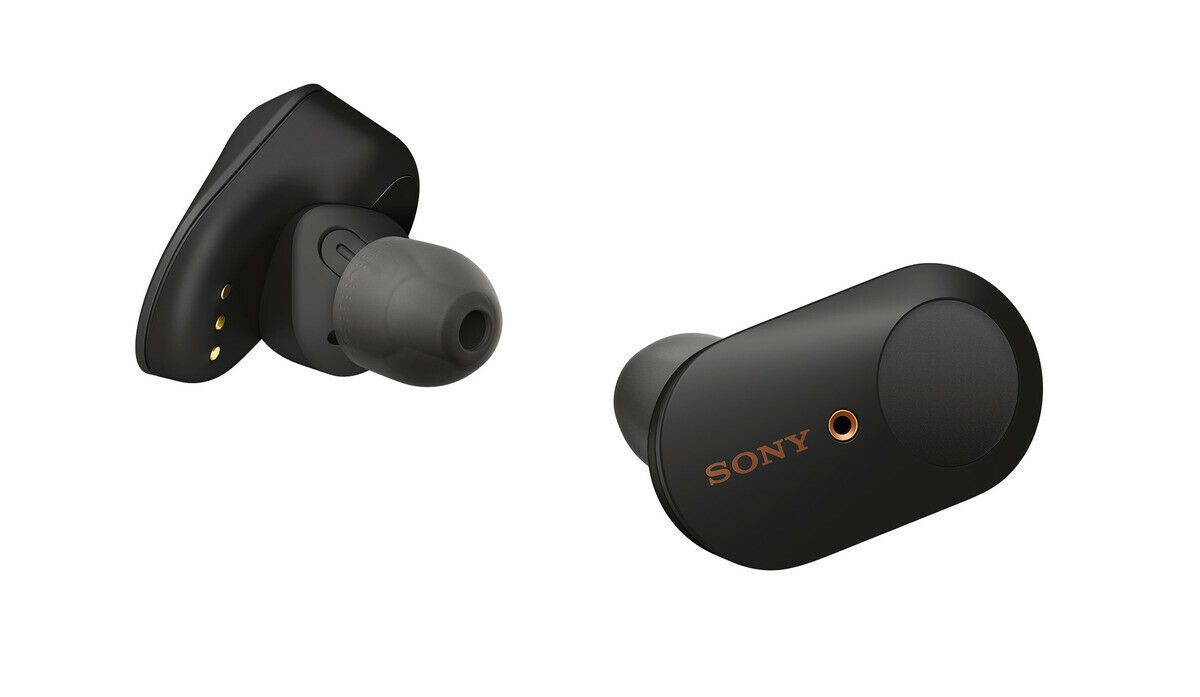 LavenderMask6943 posted this deal. Say thanks!

Add Comment
Reply
in Headphones (5) Get eBay Coupons
If you purchase something through a post on our site, Slickdeals may get a small share of the sale.

Last Edited by SkillfulThread2917 March 26, 2020 at 06:18 PM
Larciel is posting incorrect information: it doesn't take 9 seconds to connect and you can use either earbud independently.
Link to this Wiki

03-26-2020 at 01:08 AM #70
For protocol nerds (like me) these don't support Aptx codecs, and more surprisingly (to me anyway) they don't support Sony developed LDAC either. They only seem to support SBC and AAC (according to this: https://helpguide.sony.net/mdr/wf...89890.html). I guess maybe it doesn't matter with this level of device, perhaps they did this to keep the processing silicon simple and efficient. I also have WH-1000XM2 and XM3's, and pretty sure I can tell the difference between SBC and LDAC, but the difference is minor even with the over ears.
Reply Helpful Comment? 1 0
This comment has been rated as unhelpful by Slickdeals users
Joined May 2016
L3: Novice
257 Posts
113 Reputation
Pro

03-26-2020 at 01:08 AM #71
Hi there, I'm been using this non stop for last Christmas. for the most par, the caused of your ears fatigue/ light pain when worn it for extended periods of time, I can't help on that one but for the mic capturing a lot of background noise, they fix that last update. now you can remap what you want to do with the touch controls on each earpiece. for example volume: hold it to increase volume and tap it to decrease. for sync issue I can't tell you because I don't have those problems. having said that, the sound, noise cancelling, ambient sound, battery and SONY headphone app... OMG this earbuds are the best hands down. every website put Sony one of the best if not the best true wireless earbuds.
Reply Helpful Comment? 0 0
This comment has been rated as unhelpful by Slickdeals users
Joined Oct 2018
New User
5 Posts
10 Reputation
03-26-2020 at 01:14 AM #72
actually no
not for me. I really wanted something else
I bought them in first day and the fit is not good kinda hurts my ears and falling from them tho
so I went to Best buy to get Sony's because I heard they are the best
and oh God the frustration started even while setting them up thay even want pictures of your ear lmao while airpods you just open and thay work right away
in Sony's you skipping music to next one and it changing in one earbud than second later in other
everything is slow on them and this thing that tells you % of battery makes in my opinion those headphones so cheap that I was laughing Everytime on this and to get it worst it tells you in only one ear and the anc on them kinda sucks for me especially if you in rooms
Reply Helpful Comment? 0 4
This comment has been rated as unhelpful by Slickdeals users
Joined Feb 2006
L3: Novice
285 Posts
18 Reputation
03-26-2020 at 01:18 AM #73
These sound great. Downside is they only support AAC. I personally can tell the difference from AAC to AptX, LDAC
Reply Helpful Comment? 1 0
This comment has been rated as unhelpful by Slickdeals users
Joined Nov 2010
◕ ◡ ◕
1,581 Posts
762 Reputation
Pro