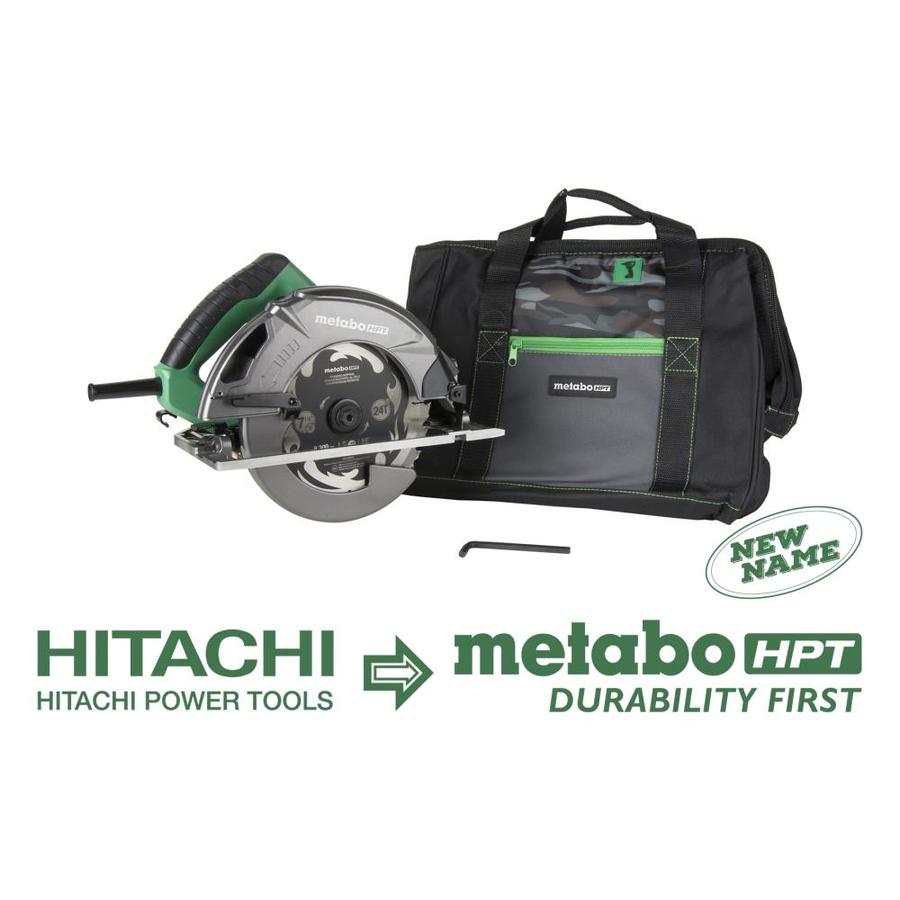 BlueRoute175 posted this deal. Say thanks!
Add Comment
Reply
in Saws & Chainsaws (8)
If you purchase something through a post on our site, Slickdeals may get a small share of the sale.

The cons of corded tools are:
(1) You can't use them anywhere there isn't a working outlet within extension-cord distance.
(2) You can't just pick up the tool and use it; you have to go through the hassle of finding an outlet.

The pros are:
(1) They're at least as powerful as the higher-end cordless tools.
(2) They're way cheaper.
(3) You don't have to worry about keeping the batteries charged, which is especially valuable on high-power tools (like saws) where the battery will be used up.
(4) You don't have to worry about replacing the batteries due to age/wear.
(5) Staying "on-brand" doesn't matter, because there are no battery-compatibility issues.

I am also a DIYer, and the real question to ask yourself is: where will you likely be using tool X? For drills/drivers, I'd say portability is valuable, because you'll be using that tool all over the place. You don't want driving the occasional screw to be an annoying process.

I mostly use my circular saw out on the deck (where dust isn't a problem), and there is a power outlet there. I have been looking at the new flexvolt worm-drive dewalt circular saw, but it's $350 (as compared to the ~$100 corded dewalt I have now), and decidedly an indulgence.

On the other hand, I recently replaced my wired Makita-vibrating tool with a 20V Dewalt wireless one. I now use the tool way more often because of the convenience. After owning it for like 8 years, I sold the Makita for 80% of the original purchase price (I did buy it on sale), because corded tools don't have batteries that go bad.

So for frugal DIYers, I'd say get corded anywhere that you don't absolutely need cordless. Also, with corded tools, it doesn't matter whether they're all from the same brand like it does with cordless tools. And if you change your mind later, you can resell this thing on craigslist for $40 and keep all your saw blades for the wireless replacement.
10
0
1
1
Reply
Last edited by Marshalrusty May 13, 2020 at 03:24 PM.
This comment has been rated as unhelpful by Slickdeals users
Joined Mar 2017
L1: Learner
20 Posts
18 Reputation
05-13-2020 at 04:12 PM #14
Also, if you're shortening a door, and want to minimize painting, you may want to cover your saw's shoe with painter's tape. You'll probably still want to sand and paint the edges of the cut.
0
0
0
0
Reply
This comment has been rated as unhelpful by Slickdeals users
Joined Aug 2017
L2: Beginner
25 Posts
24 Reputation
05-13-2020 at 04:13 PM #15
How is this compared to Makita 5007mga?

The Ultimate Guide to Finding the Perfect Couch and Accent Chair Combo
Copy Code & Open Site More Deals from
Did this coupon
work for you?
Copy
Link Copied to Clipboard