You probably will not see the coupon if you are not a Prime member. Please comment if you are a prime member, not used this coupon before, and yet still don't see it. Hopefully it works for most or all Prime members. 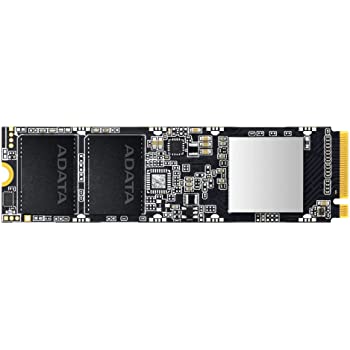 SDBuddy posted this deal. Say thanks!
Add Comment
Reply
Created 05-19-2020 at 08:57 PM by SDBuddy
in Solid State Drives (SSD) (11)
If you purchase something through a post on our site, Slickdeals may get a small share of the sale.
Deal
Score +25
11,331 Views
$109.99
See Deal
Kickstart Summer with Memorial Day Savings
Deals on grills and everything else from fire pits to fashion finds in one place.
About the OP
Send Message
Pro
Joined Apr 2005 381HP 4x4 Slickness
1,212 Reputation Points
142 Deals Posted
3,620 Votes Submitted
5,595 Comments Posted
Don't have Amazon Prime? Students can get a free 6-Month Amazon Prime trial with free 2-day shipping, unlimited video streaming & more. If you're not a student, there's also a free 1-Month Amazon Prime trial available.
Want more deals like this? Create a deal alert for Solid State Drives (SSD).
Add Deal Alert

This comment has been rated as unhelpful by Slickdeals users
Joined Nov 2016
New User
8 Posts
18 Reputation
05-19-2020 at 10:03 PM #2
In looking at the differences, I don't think I'm the user that will really care about the subtle differences between this and something like the SN750 from a couple days ago so I went for it.

Should be a good addition to throw games onto - at the moment, my main NVME is full and I have been transferring games to my 2tb HDD without any real issue tbh. Have another NVME slot free so might as well get this.

Same pattern of dropped connections and BSOD (when used as a boot drive) in reviews over on Newegg
https://www.newegg.com/xpg-sx8100...0017-001A1
Adata doesn't seem to be addressing the issue in either place, not too confident in getting this one.
4
0
0
1
Reply
This comment has been rated as unhelpful by Slickdeals users
Joined Feb 2007
Future Mod-Erator
2,756 Posts
1,037 Reputation
05-20-2020 at 12:28 PM #8
Regarding the 8200 pro (from an old 8200 pro thread)
"Quote :
It seems that the Adata XPG SX8200 Pro features a two-tiered write cache. During the first minute of the test, the drive wrote over 165GB of data at an average rate of 2.85GB/s. Then performance degraded to an average of 1.1GB/s over the next 7-8 minutes while the drive wrote an additional 500GB of data. After that, it degraded once more to an average of 615MB/s. So, for those of you who write lots of large files, the SX8200 Pro should be able to handle the workload without much issue."

With trends we have seen with covid-19, prices will probably hike up more.