Sure, this has been cheaper from Murdoch, but sold out quickly. I need one now and not finding this deal anyplace on the Internet for the past month or more, I am going to also order the DeWalt 20v air compressor [murdochs.com] for 87.99 to get the 10% off deal when the total is over $150 that makes this DeWalt 20v pole saw $108.00 and the compressor $80.

The 4amp battery deal [murdochs.com] posted elsewhere would also be good to get to the $150 for an extra 10%, but we have plenty of batteries. 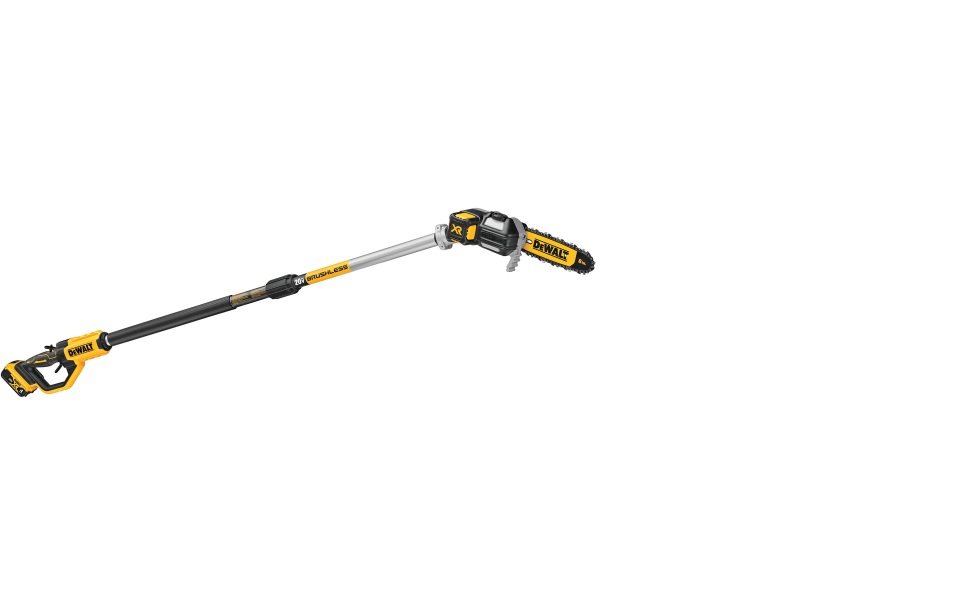 ToolDeals posted this deal. Say thanks!
Add Comment
Reply
in Tools (2)
If you purchase something through a post on our site, Slickdeals may get a small share of the sale.

This comment has been rated as unhelpful by Slickdeals users
Joined Sep 2005
L6: Expert
1,412 Posts
05-21-2020 at 09:31 AM #2
I have this and the Dewalt extension hedge trimmer. You can add the extension pole from the hedge trimmer to this saw for a little extra reach.

I like how this has the little metal piece thy call a hook I think. Any branches get held against it while it's cutting so even small branches that are too small for normal pole saws can be cut and held in place.

05-21-2020 at 09:56 AM #4
I don't have a use for the hedge trimmer, but the extra reach would be awesome! .... I am just tired of dragging electric cords or mixing gas and the noise for the pole saws we do have. In stock, HD is the cheapest alternative I have found for this one at $149 delivered... many tool stores have the same 149 price, but are back ordered, or charge shipping like Acme.

Father's Day sales may have more deals, but like with Murdoch's, you have to be on it before sold out.

There have been a lot of good reviews on the DeWalt 20v portable air compressor [murdochs.com], so was happy with that as an add on. Either 20v battery or 12v from vehicle, you set the pressure you want and as long as not past the duty cycle, go do something else... it shuts off when it gets there and has a light for at night. It also inflates air mattresses or whatever, with the battery, it is truly portable. Granted, oil-less compressors don't last nearly as long as a crankcase with oil, but not going to use it everyday.

I almost bit on the DeWalt tool set [murdochs.com] as an add on for $135 minus 10% for a net of $121.50 delivered, but it is missing the 4.5 and 5.5mm in the 1/4" drive that should have been included for a complete set. Still a nice 6 point set with all the extensions and swivels, I may buy it later tonight with a set of these pliers [murdochs.com] or something to get to the 10% extra discount.

Yes, that was a month or so a go. Stock was low and or sold out everywhere at the time. I just got "lucky." the pole hedge trimmer can be used without the extra extension. Neither trimmer nor pole saw are any shorter in length thst what is pictured

Both trimmer and saw get quickly tiring to use when it is extended but the extra reach is nice in thise occasions you need it.

05-21-2020 at 09:37 PM #13
I got confirmation and then UPS tracking a few hours after ordering. I believe Murdoch's is getting a handle on this online ordering and delivery.
0
0
0
0
Reply
This comment has been rated as unhelpful by Slickdeals users
Joined Jun 2014
L4: Apprentice
493 Posts
196 Reputation
Original Poster
Pro