Note, must add to cart for the sale price. 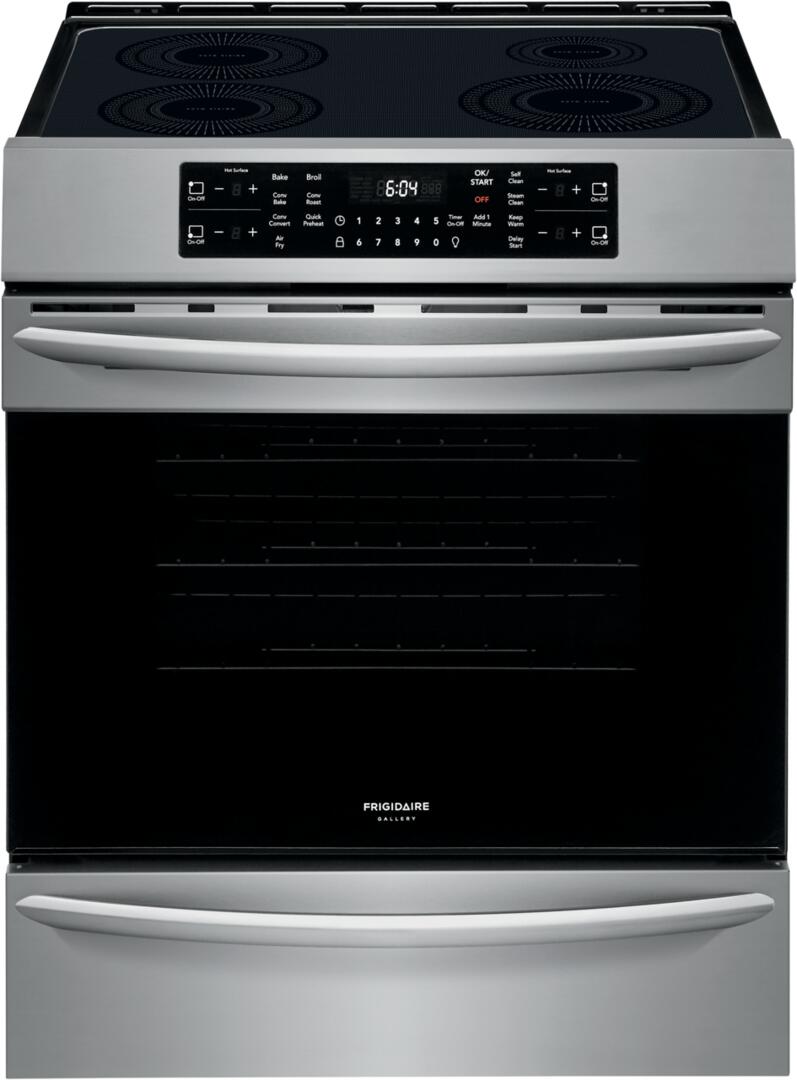 Nouniard posted this deal. Say thanks!

This is almost $600 more everywhere else.

This 30 in. Frigidaire Gallery Front Control Range is packed with time-saving features like True Convection, a 50% faster and easier to clean Induction Cooktop and Steam Clean. Plus, this range is the first on the market to offer Air Fry, at the touch of a button. Get faster, more even multi-rack baking with a powerful convection fan and third heating element that evenly circulates hot air throughout the oven.

This comment has been rated as unhelpful by Slickdeals users
Joined Dec 2008
L4: Apprentice
404 Posts
31 Reputation
05-22-2020 at 08:49 PM #46
Now I wish my gas range couldn't die by itself z so I can get get an induction range. I really like induction cooktop. Most of cookware work with it. Too bad my gas range is quite new to get rid of.
0
0
0
0
Reply
This comment has been rated as unhelpful by Slickdeals users
Joined Jun 2016
L4: Apprentice
388 Posts
175 Reputation
05-22-2020 at 09:02 PM #47
Well the gas will last forever from what i know of people who have it, ...who knows how long these will last. Induction hot plates have been around for many many years so i assume they hold up. The lifespan was my hesitancy being new tech in ranges...but at the time i checked to see if parts were available online and that the induction parts were too and they looked reasonable from what i recall, except of course the control boards and such which are always out the wazoo. Of course that's with diy repairs, without you'll probably buy a new one after who knows how long, no appliances last these days.

Btw.. Mr. Rebates has 3% cashback for AppliancesConnection
1
0
0
0
Reply
This comment has been rated as unhelpful by Slickdeals users
Joined Oct 2009
L1: Learner
5 Posts
10 Reputation
05-23-2020 at 06:33 AM #52
Bought this from Appliances Connection just before Black Friday last year. Fair warning - when this deal pops up, these ranges tend to get backordered for a few weeks. Mine didn't ship out until the third week of December. That said, Appliances Connection are great, but I had a terrible experience with their freight company, AM Trucking.

They held up the entire delivery because they thought they hadn't received the air fry tray (which, for some reason, they seemed to think was supposed to be a refrigerator?). That caused the shipment to be delayed for a few weeks, then they lost it. Then, after I got Appliances Connection involved, they found it again, but discovered that the glass cooktop had shattered. By this time, it's mid-February, and I still don't have either item, nor the serial numbers required to complete the rebate paperwork. Appliances Connection were able to ship out another range the following week, and it got delivered at the end of February. All told, it was a three month headache.

The range itself is fantastic, FWIW, but if I had known it would take this long, I probably would have coughed up the extra $500 and picked it up at HD or Lowes. YMMV, of course.

Tl;dr Range is great, Appliances Connection's customer service is great, but their logistics seem to be a mess.
0
0
0
1
Reply

I used the chat to price match multiple times, last time was in April. They took it out.

Sorry not the induction.
0
0
0
1
Reply
Last edited by Beartrkkr May 23, 2020 at 08:40 AM.
This comment has been rated as unhelpful by Slickdeals users
Joined Aug 2013
L5: Journeyman
519 Posts
168 Reputation
05-23-2020 at 08:44 AM #56
We got a Frigidaire Gallery induction stove/oven about 4 years ago, and love induction. As others said, it's a lot faster, a lot quicker to respond to heat changes up and down, and more precise. You can melt chocolate in a pan without using a double boiler. They're also a lot easier to clean, and safer and let off a lot less heat.

This comment has been rated as unhelpful by Slickdeals users
Joined Dec 2011
L2: Beginner
54 Posts
10 Reputation
05-23-2020 at 09:55 AM #60
Did anyone have luck getting Home Depot to price match? They told me since they had to put in a zip code and payment information, they wouldn't honor it. Kinda weird since for me, I just add it to cart and there's no issue at all seeing the price
0
0
0
0
Reply
Page 4 of 8
4
Join the Conversation
Add a Comment