AmpliFi ALIEN Router BACK IN STOCK $379

Just got email reminding from AmpliFi

This router keeps out of stock, now it's back. I am always waiting for this. It's also no tax and free ground shipping depending on your location. 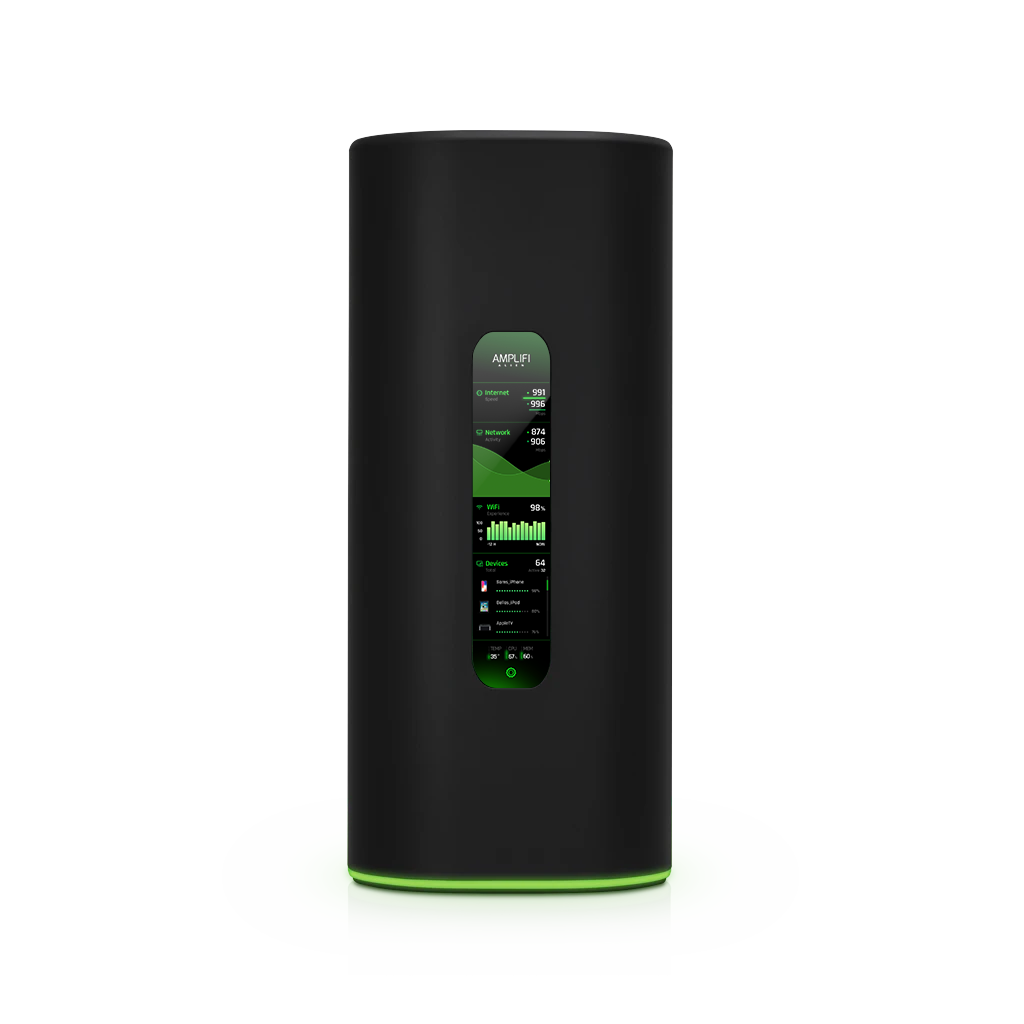 rkingj posted this deal. Say thanks!
Add Comment
Reply
Created 05-26-2020 at 08:36 AM by rkingj
in Routers (4)
If you purchase something through a post on our site, Slickdeals may get a small share of the sale.
Deal
Score +12
11,485 Views
$379.00
See Deal
Want more deals like this? Create a deal alert for Routers.
Add Deal Alert for Routers

My personal and professional opinion, if you have a system that works currently or needs minor fixes, spend as little as possible to do the job and wait on 6E and wave 2 to roll out EOY/ENY.

1
0
0
1
Reply
This comment has been rated as unhelpful by Slickdeals users
Joined Jul 2018
L2: Beginner
89 Posts
26 Reputation
05-27-2020 at 11:56 PM #32
Not exactly sure how the Qualcomm radio works but apparently its setup more like a dual 4x4 rather than a true 8x8 internally. Kinda weird not to support 160mhz but I guess the specs get rather messy. Both Asus and Netgear market the qualcomm 12 stream design as AX6000 when its more than capable of competing with broadcom AX11000 solutions. At least the price reflects this when it comes to 89x and RAX120.


I wouldn't say AX88u is way cheaper. Was recently sold out at 350 MSRP for the longest time, but the average sale price was around 299 back in dec with an all time low of 250 on amazon.

Qualcomm wifi6 chips are better in terms of throughput apparently at least in terms of the only testing i've seen via Small net builder, though the broadcom stuff isn't terrible (as of may 2020) and works ok from my experience. I just didn't see the benefit when I owned a weaker 58u for a week which is a 4x4 chip limited to 2x transfer 4x receive.

I would think the issue with the amplifi would be lack of software refinement and actual antenna design. It is cool that it has a 3rd AC band. I think that adds value personally, especially when you look at the price points.

Also back order with a 2-3 week wait time, is just as good as in stock for most people cause your guaranteed to get it. Unless your in real dire straights then you will be going to an electronics store anyway to get something same day.

Excellent stability
Excellent coverage, one of the best among stand alone routers.
Pretty solid hardware from one of the best networking companies.
Mostly plug and play with decent settings options for most users.

So unless you are a power user who love tweaking, digging into and diving into deep settings to squeeze out the best performance, I think this one is a good choice. Yes kinda expensive. But looks really cool and seems to work without much fuss. And that comes at a cost.

Design is BEAUTIFUL (even better than photos) and speed is great, but functionality is just way too basic for my needs (power user).

06-04-2020 at 07:33 PM #44
Like I said they were in stock when I looked, then it switched to backorder. People must have bought out their inventory and now supply chain issues.

If you dont mind open box they have an open box you can order right now for a huge discount $360 + $5 shipping. I am actually very tempted myself to buy it, if it wasnt for the fact that any of this current wifi 6 gear is going to get blown away by early next year so I dont want to shell out the big dough on stuff that will not be upgraded to 6E/W2 standards.

At almost double the performance and all the bells and whistles, which the alien has very little of, for cheaper looks like a very good pick up, as long as there is nothing wrong with the router.

The Dong gentleman mentioned here and his site list it as the best and most stable router out, when he did his long stress test on it no issues.
0
0
0
0
Reply
Last edited by PeteyTheStriker June 4, 2020 at 07:36 PM.

Review: Razer's Basilisk Ultimate is the Benchmark for Gaming Mice
Copy Code & Open Site More Deals from
Did this coupon
work for you?
Copy
Link Copied to Clipboard