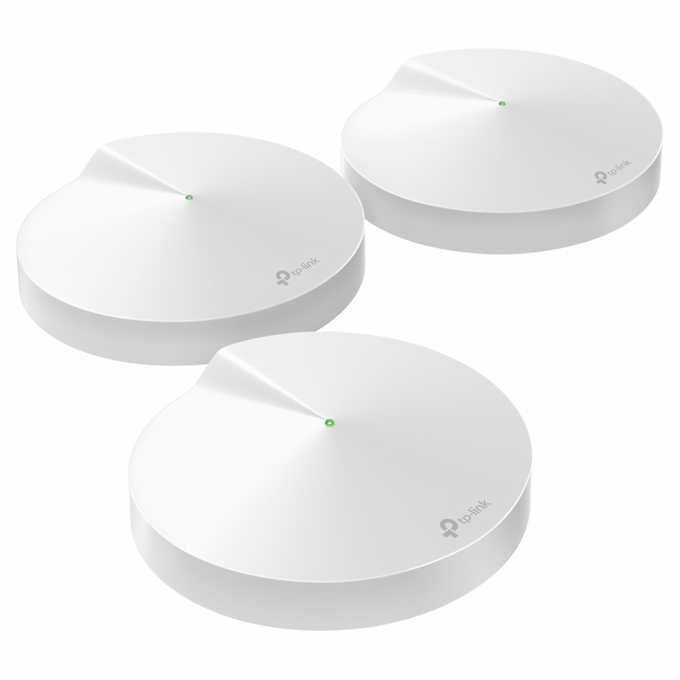 SharpeMTBR posted this deal. Say thanks!
Add Comment
Reply
in Computer Networking (3) Get Costco Wholesale Coupons
If you purchase something through a post on our site, Slickdeals may get a small share of the sale.

This comment has been rated as unhelpful by Slickdeals users
Joined Oct 2009
L5: Journeyman
634 Posts
103 Reputation
05-27-2020 at 08:52 AM #2
I have this - bought it for the same price from Costco few months back. It is super easy to install and has been rock solid since the day i first plugged it in. However, once awhile I feel as if my internet "stutters." that is, a page takes too long to load. This started happening only after I installed the product, but could be an coincidence. I stream to Roku stick using WiFi, no problem there.

I wish they implement a real guest network and perhaps a VPN server as well.

Worth $199, although that seems to be the regular price now.

The key to this system is that it's tri-bad, so your backhaul is on a separate channel. That's critical to optimize performance. Older systems are two band and don't work nearly as well (unless you have a wired backhaul, which most people don't).

Interesting - I feel like I get the same thing with a page freezing once in a while. No issues with Roku.

Love the free built in virus protection and parental controls that the other highly rated Orbi charges $50/year for.
0
0
0
0
Reply
This comment has been rated as unhelpful by Slickdeals users
Joined Aug 2019
New User
14 Posts
10 Reputation
05-27-2020 at 10:00 AM #12
I don't want to tc here, but I picked up this set late last year and had a lot of issues. Speedtest.net looked great on my 500/500 fiber, but FaceTime, Zoom, and gaming were completely unusuable. When I checked other sites like dslreports, I found that I was getting 1500-2000 ms lagspikes. Average lag was generally OK but those regular lagspikes killed any kind of video conference and online gaming. A quick google search turned up several support threads with the same issue. I switched back to the non-mesh router provided by my ISP and all the issues vanished, even though I was getting 1/5 the average download speed due to distance from the router. Even streaming looked better, probably because the algorithm adjusted for those 2 second lag spikes by lowering the resolution. I ended up sending the Deco 9 back to CostCo.