$79.98
+10 Deal Score
16,570 Views
Average price ranges from $100-150. Stumbled on this grill while researching one half this size. Nice smoke stack up top, side "offset" smoke box on the left. Specs say 288 sq-in cooking surface and 138 sq-in warming rack. Not a "normal" grill where you cook with charcoal directly underneath; the smoke box is where you put your coals to create the heat (and wood to smoke) to cook indirectly TAKES LONGER BUT MORE FLAVOR. Watch a YouTube video on "Offset Grills" before buying to see if it's right for you. Very excited! 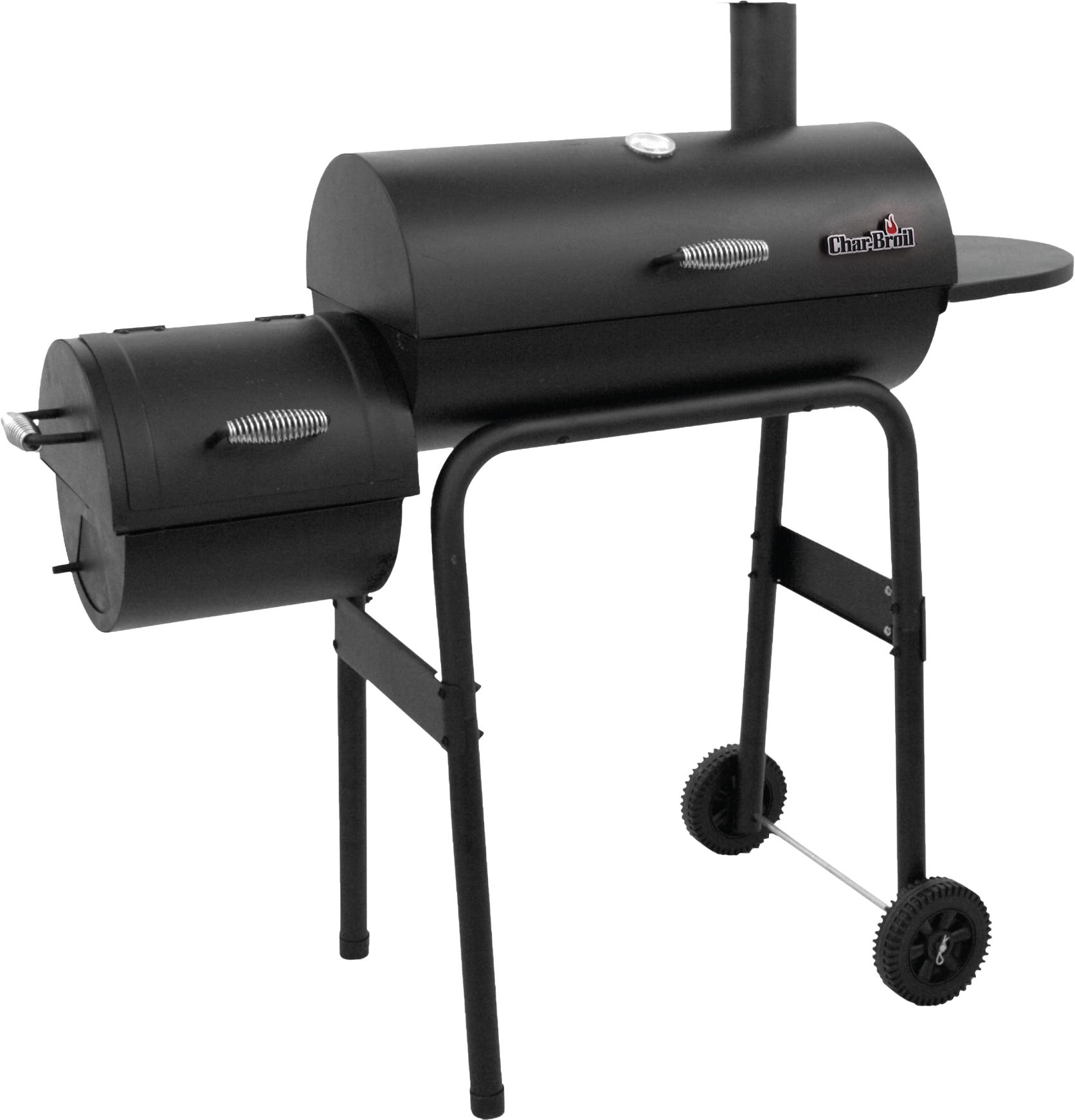 Asanders1488 posted this deal. Say thanks!
Add Comment
Reply
in Grills (5)
If you purchase something through a post on our site, Slickdeals may get a small share of the sale.

There are a few main issues I had with it:
Temp gauge is vague at best, no actual reading on it.
Overall very small.
Fire box is directly exposed to the cooking area, left half will cook substantially faster than the other.

I moved on from it quick, but its a good place to learn.

I've read that the paint they use isn't very high temperature and will burn and peel off.

"Fire box is directly exposed to the cooking area, left half will cook substantially faster than the other."
0
0
0
0
Reply
This comment has been rated as unhelpful by Slickdeals users
Joined Nov 2018
L4: Apprentice
479 Posts
194 Reputation
Pro

It took about two burns for the firebox to start rusting. The temp gauge is a joke and in the wrong place, so I added two decent thermometers, one at either end close to grill height. Maintaining a steady temp is essential but very difficult with a poorly built off-set made from thin metal. I added a simple baffle to direct heat and smoke into the cooking chamber instead of it all going up where it exits the leaky firebox, and there is no damper between the chambers. Also extended the stack a bit. If I bought the one listed here I'd also add a front shelf - mine has one, and it's criminal that they don't include one.

I've cooked on mine quite a bit but I haven't touched it in a year because I bought a Pit Boss pellet grill, which smokes way better than my CB ever did (not to mention you can direct-grill, roast and more with it), and doesn't require constant babysitting. If you can spend the dough, I'd say get a pellet grill, whichever brand you want. If your price range is about $150, get a Weber kettle. If you need a grill but can only spend under $100, buy used, or look for a standard charcoal grill with recent reviews. A cheap off-set would be the last thing I'd recommend. Even if you have a grill and want a cheap smoker, go with some sort of upright, maybe electric, unless you like the frustration of having to tend to the fire every 20 minutes for hours and hours.
0
0
0
0
Reply
This comment has been rated as unhelpful by Slickdeals users
Joined Nov 2019
New User
3 Posts
10 Reputation
06-02-2020 at 09:41 AM #8
I got this item several (many) years back on clearance end of season at wal-mart for around $25.00.

Left side cooks MUCH faster due to heat exposure can confirm. Many smoke leaks. I screwed up building my fire and sure enough the paint is gone in a flash. However, all that said.... I've produced some of the best results I've ever gotten from this little guy. Its my go-to for low poundage smokes. the small firebox is cumbersome to try to use.

holds about one brisket of medium size. use it for personal pleasure or a small family. this is not for parties or tailgating unless the smoked meat is just a side. I rotated meat better than I do my tires to avoid one crispy end. keep long smokes as far right as possible.
0
0
0
0
Reply

Of course the electric/pellets are the easiest and most consistent...but I kinda enjoy playing with fire and using the chimney starters.
0
0
0
0
Reply
This comment has been rated as unhelpful by Slickdeals users
Joined Jun 2015
L1: Learner
20 Posts
10 Reputation
06-02-2020 at 01:02 PM #11

Outdoor Summer DIY Projects It's Cheap and Easy For You to Tackle Yourself
Copy Code & Open Site More Deals from
Did this coupon
work for you?
Copy
Link Copied to Clipboard