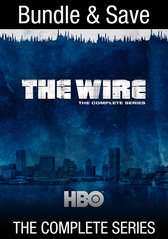 Note, be sure to select the 'HDX' option.

Add Comment
Reply
in TV Series & TV Shows (10) Get VUDU Coupons
If you purchase something through a post on our site, Slickdeals may get a small share of the sale.

Shhhheeeeeeeeeeeeettttt that's a good deal on the Wire
The wire is perhaps the most complete show in history. Instead of taking a few episodes to set up a season, it takes the first season to set up the whole series.
The show is an absolute masterpiece, because it is the *ONLY* show in history to accurately show the many problems facing society and how they all intersect.
The show is slow. That's just how it is. There will be short bursts of action, and periods of suspense, but it is a slow burner in the best possible way.
Meh, you can get it cheaper here.

I purchase GOT complete series for $25 ($20 now [digitaladdictsanonymous.com]) and it redeemed fine from this site. Along with the code they offered me a free copy of Lets Be Cops, Wonder or Hercules which I took advantage of twice because I purchased another movie from them as well.

You might love it, hate it, or like it, or find it passable. Don't think Seinfeld is a good measuring stick for it. Though if you like Seinfeld it suggests you appreciate some absurdity and irreverence, which Crub takes to far more extremes. (I find some of the content uncomfortable and inappropriate and other parts of it is very funny)
2
0
0
1
Reply
This comment has been rated as unhelpful by Slickdeals users
Joined Sep 2004
L10: Grand Master
24,906 Posts
57,093 Reputation
Pro Deal Editor

One thing I personally feel a lot of people miss is that Seinfeld has an ensemble of epic characters to pull off what Larry David largely pulls off on his own, along with his largely supporting cast.

Why Streaming Services Are the Latest Rewards Credit Cards Perks
Copy Code & Open Site More Deals from
Did this coupon
work for you?
Copy
Link Copied to Clipboard