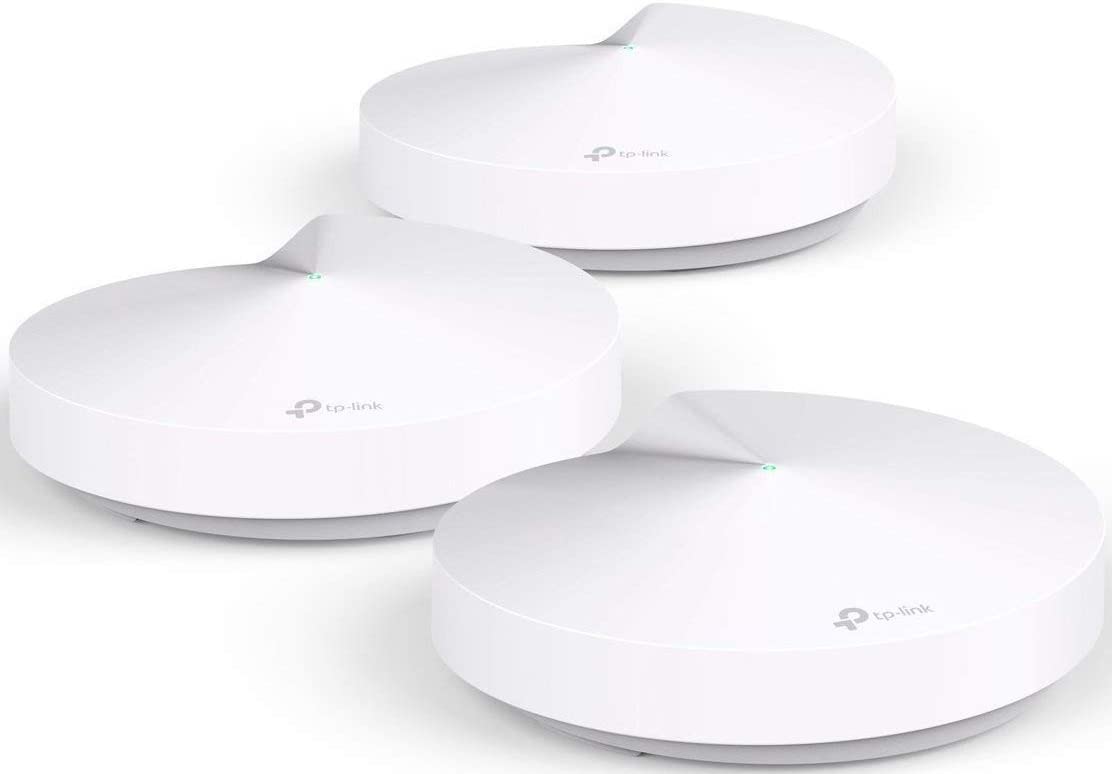 See Deal
Good deal?
You gave thanks to Butim for this post.
Thank you!

Butim posted this deal. Say thanks!

M5 is dual band while M9 is Tri-band. With a dedicated backhaul the M9 should provide better performance but the coverage should be about the same. The M9 also has some sort of smart hub which I know nothing about.
Just set up the Costco version of these (m9 plus) this week at my brothers house. Easy setup and strong speed throughout the whole house. Its only $40 more and in my opinion worth the price difference. Recommended!
Don't do it! This is a dual band system, which means if you use a wireless backhaul, it's going to eat your bandwidth.

Get the M9 system from Costco for $40 more, It's tri-band and a much better choice for most people (unless you are using a wired backhaul).

(And, of course, the M9 system was $99 at Costco a couple of months ago...but that ship has sailed).

Don't do it! This is a dual band system, which means if you use a wireless backhaul, it's going to eat your bandwidth.

Get the M9 system from Costco for $40 more, It's tri-band and a much better choice for most people (unless you are using a wired backhaul).

Seems like there is a easy way to do though the app.

06-02-2020 at 01:48 PM #14
M9 is better as mentioned by the OP, but if you dont have speeds over 500Mbps you wont see much of a difference. The other aspect is if you need a smart home hub, cause the M9 gives you that functionality. If you use the wired backhaul you will literally not see much of a difference at all either. Nice thing about the Decos you can mix and match all of them from the 3-5 up to the 9's.

Besides a drop in some range cause these are all different in peoples houses based on layout and construction, you will probably not see much of a difference. Even less so if you hardwire the Decos. The tribands are extremely nice to have though for those with speeds over 500 megs and are only using wireless.

You would setup the M9 as the main point connected to the modem, any other m9's next in line, then you would put the M5's on the outer fringe of your network. There will be a drop of speed from the hand offs but most people dont even notice. If you need a fringe location with the best possible speeds you would move your M9's in that direction and put the M5 elsewhere. You just dont want to put a M5 in between two M9's cause you bottle neck them. Its pretty simple to do, and if you hardwire works even better.
9
0
0
0
Reply
Last edited by PeteyTheStriker June 2, 2020 at 01:51 PM.
This comment has been rated as unhelpful by Slickdeals users
Joined Nov 2010
L10: Grand Master
6,592 Posts
2,034 Reputation
Pro