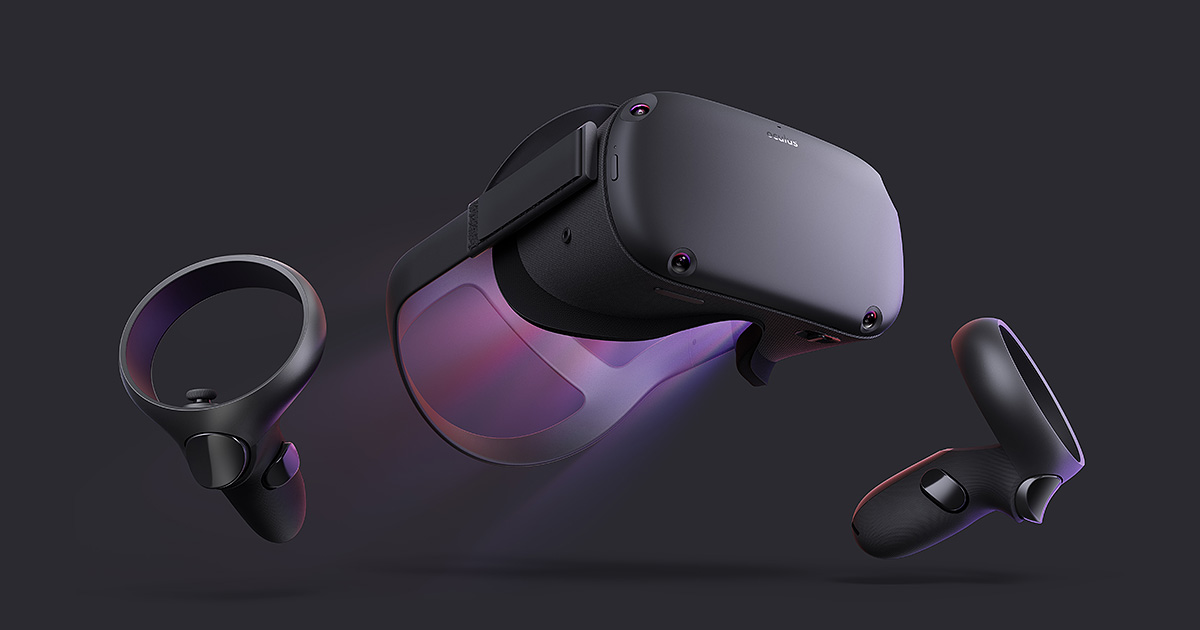 TenseBook902 posted this deal. Say thanks!
Add Comment
Reply
in VR (Virtual Reality) Headsets, Games & Accessories (2) Get Oculus Coupons
If you purchase something through a post on our site, Slickdeals may get a small share of the sale.

Last Edited by chung_chang June 4, 2020 at 07:14 AM
The same questions inevitably come up over and over on every Oculus Quest deal thread. So I am posting all frequently asked Q&A here that I could remember off top of my head, and will update as more frequently asked questions come up. Then we could just build on this in future Quest deals:

This comment has been rated as unhelpful by Slickdeals users
Joined Sep 2012
L2: Beginner
61 Posts
18 Reputation
06-03-2020 at 09:30 AM #10
It should work with it. What I would do if I were you is put your specs into a "can I run it?" type test for different VR games and see if it meets the minimum requirements.

I already own a Samsung Odyssey+ that I like a lot but had issues with not enough room to play in my computer area. I got this in hopes of doing the wireless streaming.

Here are my findings and random info.

1.) Despite having a high end setup at home with dedicated access points, enterprise switches, and an enterprise router I got delay that was not acceptible in some games (espeically beat saber)

My computer is a 2600K and a GTX 1080 so its more than capable of driving the games, and my network is lightning fast but the combination of the two just is not working.

The other issue is that I own like a dozen games in SteamVR and none of them port over to Oculus so to play them native I have to buy them all over again.

For the money I spent on this and will have to spend on this to get it where I want it, it ended up being a much better option just to buy extension cables for my Odessey+

I got a 30ft USB and 30ft HDMI cable from Amazon for a small fraction of the cost of the Quest and now I can play my SteamVR HMD in the next room with plenty of space and the cable has never been an issue with getting in the way. If I was a bachelor and didn't have to worry about wife approval factor I would spend another $20 and get the ceiling mounted pulleys so that the cable is off the ground and automatically retracts making it even better.

My suggestion therefor is if you are already invested heavily in SteamVR you can buy a non wireless headset and extension cables WAY cheaper than this, and get better performance with none of the hacks.

If you are just getting started and have no investment and the games you want are on the quest, go for it.

Outside of the upfront cost, I also bought the VIVE advanced audio headband, and the stuff to make that work. All in all this is not a cheap option unless you have no PC and would have to build a PC to play a PCVR headset then this has a potential to be cheaper but of course having a capable pc is an investment worth it own its own right.

I see myself using and wanting this more for travel, and perhaps to show and share with others, and that means no hacky PC streaming anyways and buying all the games native to the Oculus store.

I much believe that wireless tech will be built in or be an add on option for the PCVR headsets soon and they will be much better than this in every way IF you have the computer to go with it.