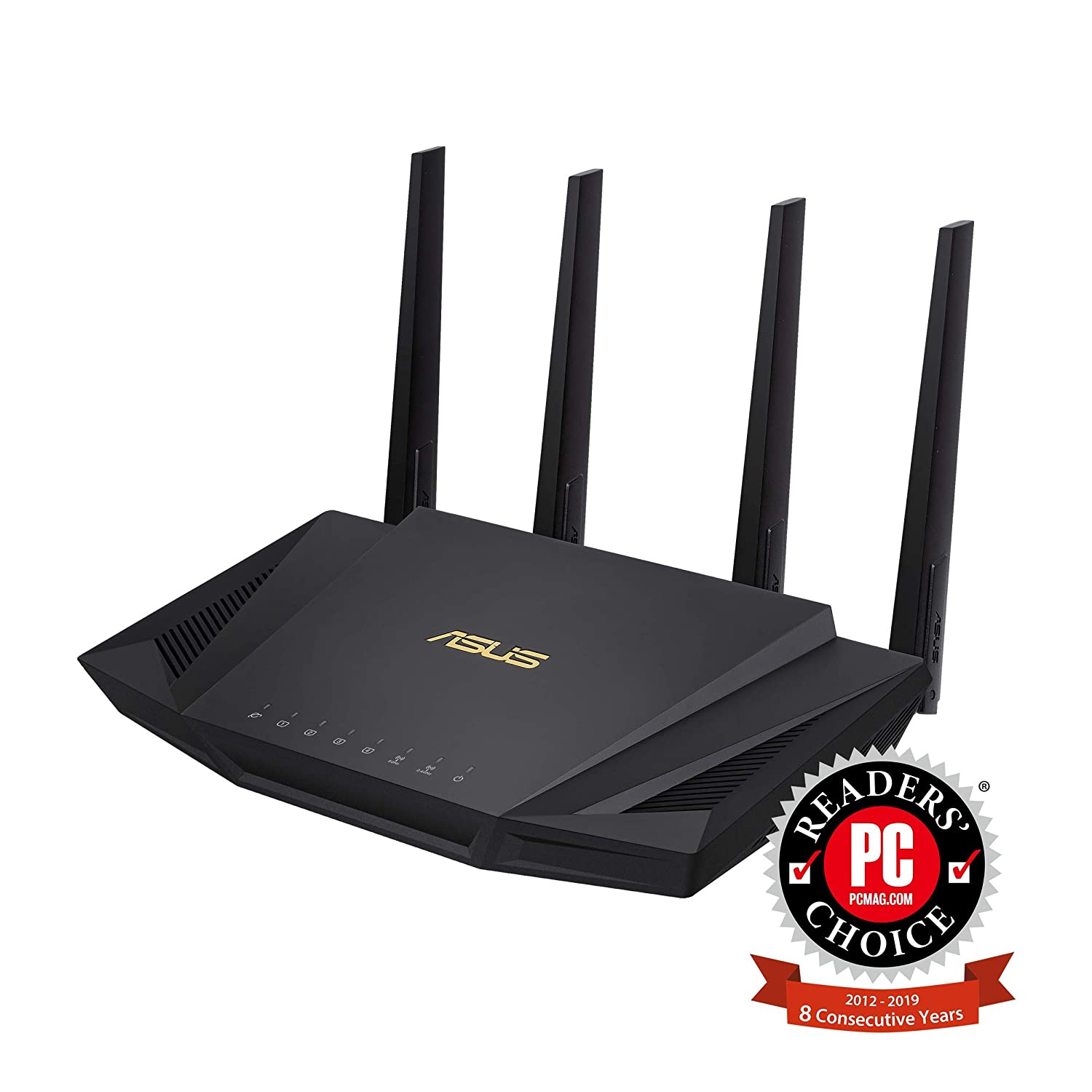 Trav06 posted this deal. Say thanks!
Add Comment
Reply
in Computer Networking (7)
If you purchase something through a post on our site, Slickdeals may get a small share of the sale.

You know ASUS is still releasing firmware updates on the AC-68U even though its over 6 years old?

That is an appreciable benefit over an AX product that's already been discontinued, and not just for security reasons. I could buy this and be reasonably certain I'm good until halfway through the decade, if not later.

Not very helpful to the SD community to post this kind of comparison when one is clearly a better product with better support and the price you quote isn't even available to anyone.

I was able to convert one to a regular ASUS AC1900 but I could not convert the other.

This is for a friend, and she is not computer savy… I don't know if it is OK to leave the Tmobile Version as stock?

I am not sure if there are recent firmware updates for the T-Mobile version. With security fixes released in standard ASUS routers, I would prefer the original Asus Router RT-AC68U or convert the T-Mobile TM-AC1900 to Asus RT-AC68U firmware.
0
0
0
0
Reply
This comment has been rated as unhelpful by Slickdeals users
Joined Jun 2003
L7: Teacher
2,258 Posts
281 Reputation
06-14-2020 at 10:01 AM #13
The T-Mobile version is nearly the same as the Asus version. The differences I recall were:
1. T-Mobile automatically assigns QoS priority for voice packets, since this version was issued to T-Mobile customers with the intent of having them use wifi calling.
2. No further firmware updates.
3. No AiMesh.

I recommend you investigate to confirm all this. I don't have the ability to test this, since I no longer posses a T-Mobile version of the router.

My two cents: I'd have your friend buy something else. If your friend paid for the T-Mobile version of this and those limitations became an issue, you'd have to spend more time helping her resolve it. Just buy her a "normal" router and call it a day. Routers are something that people keep for years, so I'd advise her to buy a decent one, like the RT-AX3000 listed in this deal. She'll probably be able to keep it for 10 years before it starts to show its age.
0
0
0
0
Reply
This comment has been rated as unhelpful by Slickdeals users
Joined Aug 2012
L4: Apprentice
368 Posts
38 Reputation
06-14-2020 at 10:16 AM #14
I have the BB version of this, the Zen 6600 and AC68. I also have an old TPLink AC 3200. In terms of signal strength for pre AX like AC etc especially for 2.4GHz, TPLINK is the best, but not enough to cover security cameras just outside the house. The mesh performance using this one as main and AC68 as node is good for those 2.4GHz IoTs but lousy for high bandwidth applications. The Zen 6600pair while good at the high bandwidth transfer, has the worst 2.4GHz performance, especially right outside the house. I think its design to hide the short antennas reduce the performance. I recently swap the AC68's antennas with long 9db set and the boost is significant.
1
0
0
0
Reply
This comment has been rated as unhelpful by Slickdeals users
Joined Aug 2004
L5: Journeyman
832 Posts
253 Reputation
06-14-2020 at 10:39 AM #15
Can you please provide details about these replacement antennas? Place of Purchase or links.
0
0
0
0
Reply
Page 1 of 5
1 2 3 4 5
Join the Conversation
Add a Comment
Deal Alerts